"Some of them have already quit, and many are considering quitting the federal workforce," Hydrick Thomas says 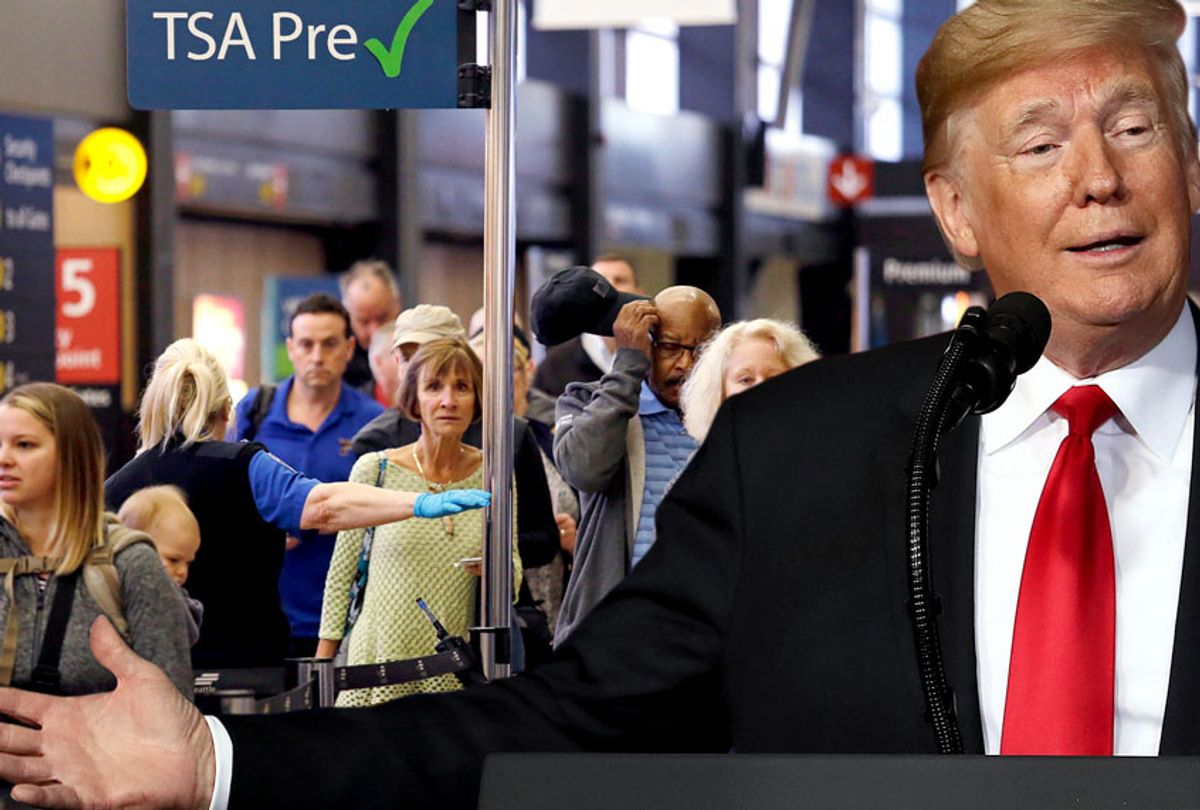 As the partial government shutdown entered its third week, thousands of federal workers are facing the reality of missing paychecks and the influence that will have on their lives. As more than 50,000 Transportation Security Administration workers remain in the dark about when they will receive a paycheck, some are prompted to make tough decisions about their bills, while others are considering quitting their jobs, their union says.

In a statement released Tuesday, the American Federation of Government Employees, which represents the workers, warned passenger safety could be negatively impacted in transit hubs as the shutdown continues with no end in sight.

"Every day I'm getting calls from my members about their extreme financial hardships and need for a paycheck," Hydrick Thomas, TSA council president for the American Federation of Government Employees (AFGE), said. "Some of them have already quit, and many are considering quitting the federal workforce because of this shutdown. The loss of officers, while we're already shorthanded, will create a massive security risk for American travelers, since we don’t have enough trainees in the pipeline or the ability to process new hires."

Last week, AFGE, which represents more than 44,000 TSA officers, launched a lawsuit against the federal government for forcing federal employees to show up to work without pay. In a statement about the lawsuit, the organization slammed the demands as "inhumane." Around that time, airport security workers around the country opted to call in sick rather than work without compensation, the union said. As the TSA's call-outs increase, the situation appears to escalate.

In addition to raising security issues, the union warned that airport security lines are likely to increase with fewer staff on duty. "It is completely unacceptable that the women and men who risk their lives safeguarding our airports are still required to report for work without knowing when they'll be paid again," AFGE National President J. David Cox Sr. said.

Cox further argued that, compared to other federal agencies, TSA workers face more challenging and, at times, dangerous working conditions in a job that does not pay especially well, making the shutdown especially difficult.

"TSA officers already have the least amount of rights of any federal officer, some of the lowest pay and highest attrition rates in government – and among the lowest morale of any federal agency," he said. "Working for weeks on end without being compensated – while already being short-staffed — only makes their situation worse."

The federal government entered into a partial shutdown shortly before the Christmas holiday over Congress' inability to pass a spending package that includes the $5.7 billion President Donald Trump has claimed is necessary to construct a "wall" along the U.S.-Mexico border. Trump and congressional Democrats continue to spar over funds to build a wall along the southern border, with Trump threatening to declare a national emergency to fund the wall if Democrats do not budge. The shutdown, as it currently stands, appears to have no end in sight.

During his televised Oval Office address Tuesday night, Trump stoked racial resentment of immigrants, using fear as a motivator to rally support for the construction of a wall he repeatedly promised Mexico would pay for on the 2016 campaign trail. Portraying immigrants as violent criminals, he president argued the wall was necessary in order to resolve a "humanitarian and national security crisis on our southern border." "How much more American blood must we shed before Congress does its job?" he asked.

However, before the president's televised addressed, he allegedly confessed in private to a group of news personalities that his upcoming speech and planned trip to the southern border would be pointless. "It's not going to change a damn thing, but I'm still doing it," Trump said, according to the New York Times.

Two unnamed sources cited by the Times claimed that the president acknowledged, in an off-the-record lunch with television anchors before the broadcast, that he did not want to deliver the address or travel to Texas; rather, he had been talked into it by advisers. The president also allegedly conceded the planned visit to the border was merely a photo opportunity.

"But these people behind you say it's worth it," Trump was quoted as saying, gesturing at his communications aides: Bill Shine, Sarah Sanders and Kellyanne Conway.

Trump's upcoming trip to the border was announced earlier this week, more than two weeks into a partial government shutdown prompted by him as a means to secure funding for his chief campaign promise. White House press secretary Sarah Sanders said Trump would be traveling to the border to "meet with those on the frontlines of the national-security and humanitarian crisis."

Trump has previously admitted the reason the federal government remains only partially operational is because of his ego, confessing that he would "look foolish" if he allowed the government to reopen while wall funding was being negotiated, as hundreds of thousands of federal workers continue to work without a paycheck. Trump has not spent the majority of the shutdown negotiating an end game, instead blaming Democrats for a shutdown he previously said he was proud to own.