Conservatives have peddled the "prayer rug" story for years. It's almost certainly false, and clearly racist 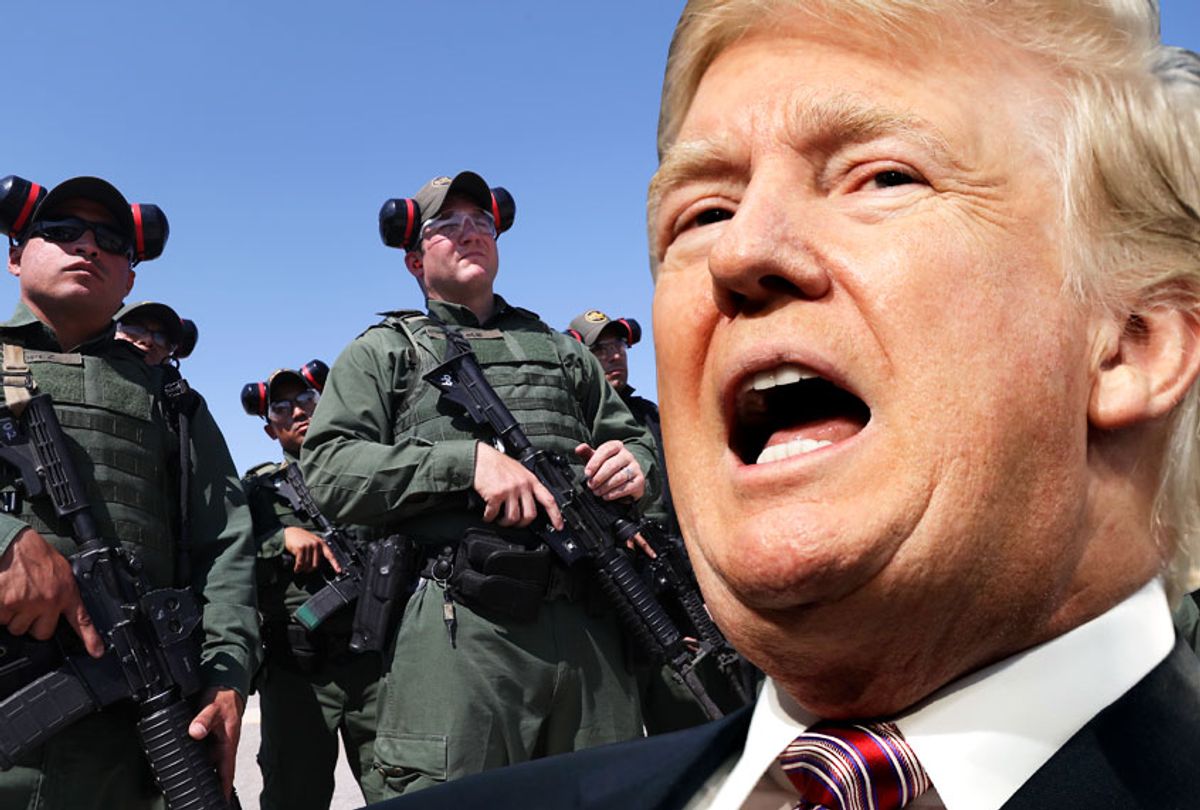 President Trump pushed a claim made by an anonymous rancher to a conservative news outlet about “prayer rugs” being found at the Southern border, a claim that has been repeatedly made and debunked over the last 14 years.

Trump tweeted a quote from an unnamed border rancher who told The Washington Examiner that she had found “prayer rugs,” which Muslim people use in prayer, near the border in Texas.

“There’s a lot of people coming in not just from Mexico … People, the general public, just don’t get the terrorist threats of that,” the rancher told the outlet. “That’s what’s really scary. You don’t know what’s coming across. We’ve found prayer rugs out here. It’s unreal. It’s not just Mexican nationals that are coming across.”

The woman went on to warn that Border Patrol has caught “a lot of Middle Easterners, those Czechoslovakians they caught over on our neighbor’s just last summer."

Czechoslovakia was a European country that ceased to exist more than 25 years ago.

Putting aside that there is nothing inherently alarming about a prayer rug or that it would be unlikely for someone to bring one from the Middle East through Mexico and then dump it on a Texas ranch, the report that Trump tweeted offered no evidence to support the woman’s claims, nor did it explain how she was able to discern a prayer rug from any other type of rug or blanket.

The author of the article is Anna Giaritelli, who The Daily Beast points out is former press secretary for the Federation for American Immigration Reform, an organization classified by the Southern Poverty Law Center as a hate group because of its leaders’ “ties to white supremacist groups” and “many racist statements.”

Vox’s Matthew Yglesias notes that the story is also a plot point from the recent film "Sicario: Day of the Soldado," where federal agents “discover that terrorists are being smuggled into the U.S. by drug cartels because they find their abandoned prayer rugs.”

The film’s plot line was likely based on one of the many debunked claims of prayer rugs being found at the border, which go back to at least 2005.

One of the earliest reports citing prayer rugs came from a 2005 Senate speech by former Sen. Kay Bailey Hutchison, a Texas Republican who is now Trump’s representative to NATO. She claimed that prayer rugs and notebooks with Arabic writing had been found near the border, citing only “stories of suspicious items picked up by local residents.”

In 2014, Texas Lt. Gov. David Dewhurst also claimed that prayer rugs had been found near the Texas border, a claim rated by Politifact as “Pants on Fire” after Border Patrol and law enforcement officials failed to find any evidence of his claim.

Perhaps the most infamous prayer rug claim came from the Trump-boosting conservative news outlet Breitbart News, which published an actual photo of a purported “Muslim prayer rug” found in Arizona in 2014.

Days later it was debunked as a photo of an Adidas t-shirt.

As part of the push for funding for Trump's proposed border wall, the president and his allies have repeatedly tried to use scare tactics about Islamic terrorists coming into the United States through the Southern border. There is no evidence that has happened.

Last year, Trump claimed that a group of asylum seekers traveling in a caravan to the U.S.-Mexico border included possible terrorists.

“I think there’s a very good chance you have people in there,” he tweeted, before later admitting “there’s no proof of anything.”

More recently, White House press secretary Sarah Huckabee Sanders claimed that 4,000 known or suspected terrorists had been stopped at the Southern border by Customs and Border Protection. According to actual CBP data, agents only encountered six immigrants at the Southern border who were on terror watch lists. All six were stopped at ports of entry, not trying to sneak over the border.

Even if the Trump administration had not repeatedly hyped the threat of terrorists coming over the southern border and conservatives hadn’t repeatedly pushed the discredited “prayer rug” conspiracy theory, and even if the rancher’s claim could be taken at face value with no corroborating evidence, the claim and the president’s tweet sharing amount to a racist smear against Muslims.

“Even if the claim were true, it would prove nothing," wrote The Atlantic’s Adam Serwer. "It can only provoke alarm on the basis of the bigoted assumption that every Muslim is a terrorist, and therefore the presence of a prayer rug somewhere along the U.S.-Mexico border means that terrorists have snuck into the United States, It is an absurd and prejudiced assumption that they are an indication of terrorism, rooted in nothing more than animus towards Muslims. It is bad enough that some Americans provide an eager audience for this kind of nonsense. It is catastrophic that one of them is president.”