"If a president knowingly suborns perjury . . . then he, like anyone else, commits the crime of obstruction" 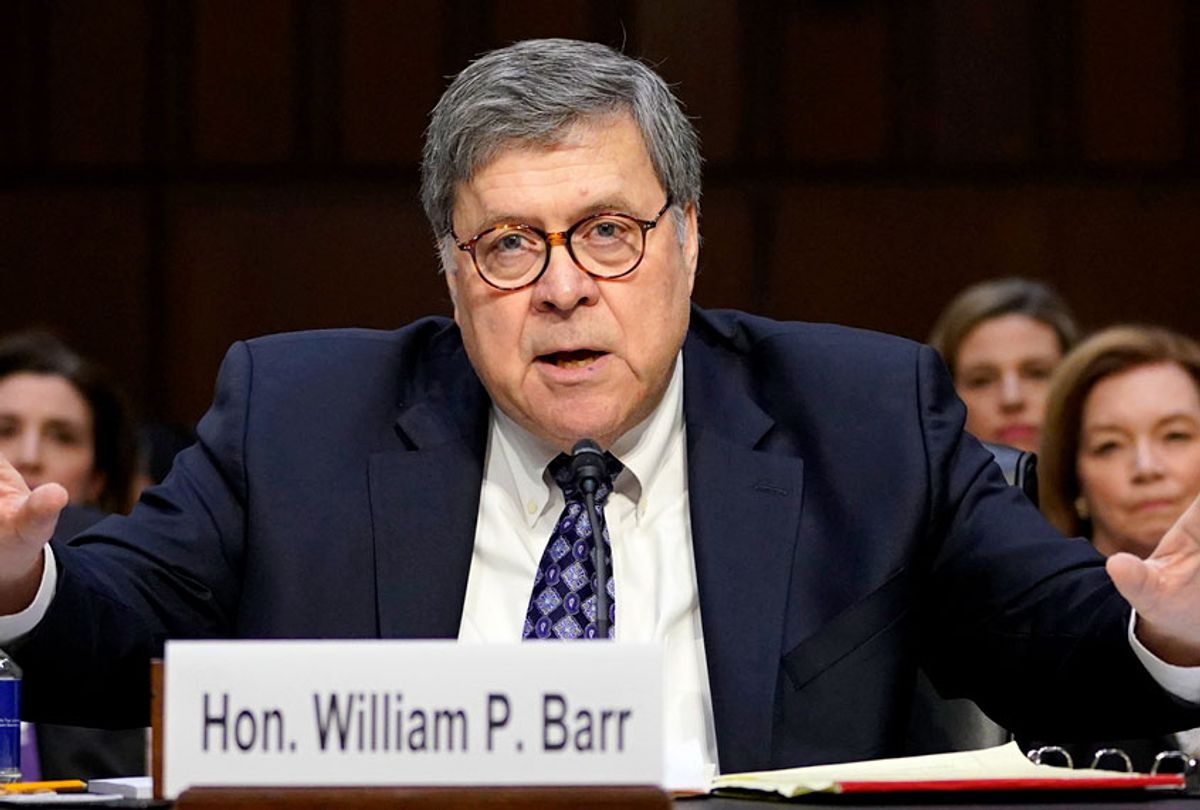 William Barr, President Donald Trump's pick to replace Jeff Sessions as attorney general, wrote in a memo to the Justice Department that a president persuading a person to commit perjury would amount to obstruction of justice. He reiterated this point during his confirmation hearings before the Senate Judiciary Committee earlier this week.

Asked by Sen. Amy Klobuchar (D-Minn.) on Tuesday whether a president persuading a person to commit perjury would be obstruction, Barr answered, "Yes."

Indeed, in the 20-page memo he sent unsolicited to Deputy Attorney General Rod Rosenstein on June 8, 2018, Barr wrote, "The president and any other official can commit obstruction in this classic sense of sabotaging a proceeding's truth-finding function." He added, "If a president knowingly destroys or alters evidence, suborns perjury, or induces a witness to change testimony, or commits any act deliberately impairing the integrity or availability of evidence, then he, like anyone else, commits the crime of obstruction."

Barr's words have come under scrutiny after BuzzFeed News reported on Thursday that Trump directed his longtime attorney and personal "fixer" Michael Cohen to lie to Congress in 2017 about a Trump Tower project in Moscow. Importantly, the article noted, "The special counsel's office learned about Trump's directive for Cohen to lie to Congress through interviews with multiple witnesses from the Trump Organization and internal company emails, text messages and a cache of other documents. Cohen then acknowledged those instructions during his interviews with that office."

Interestingly enough, the first article of impeachment against Richard Nixon was obstruction of justice for, among other things, "approving, condoning, acquiescing in and counselling witnesses with respect to the giving of false or misleading statements to lawfully authorized investigative officers and employees of the United States and false or misleading testimony in duly instituted judicial and congressional proceedings."

And in 1998, the first article of impeachment against Bill Clinton included "efforts to influence the testimony of witnesses and to impede the discovery of evidence."

As NBC News noted, "The chances of impeachment proceedings against Trump — remember, impeachment is the debate about whether a president committed high crimes and misdemeanors, not removal from office — are much higher today than they were yesterday."

Cohen will testify publicly before the House Committee on Oversight and Government Reform on Feb. 7.