During a Fox interview, Pence denounced a BuzzFeed story that claimed Trump ordered Cohen to lie to Congress 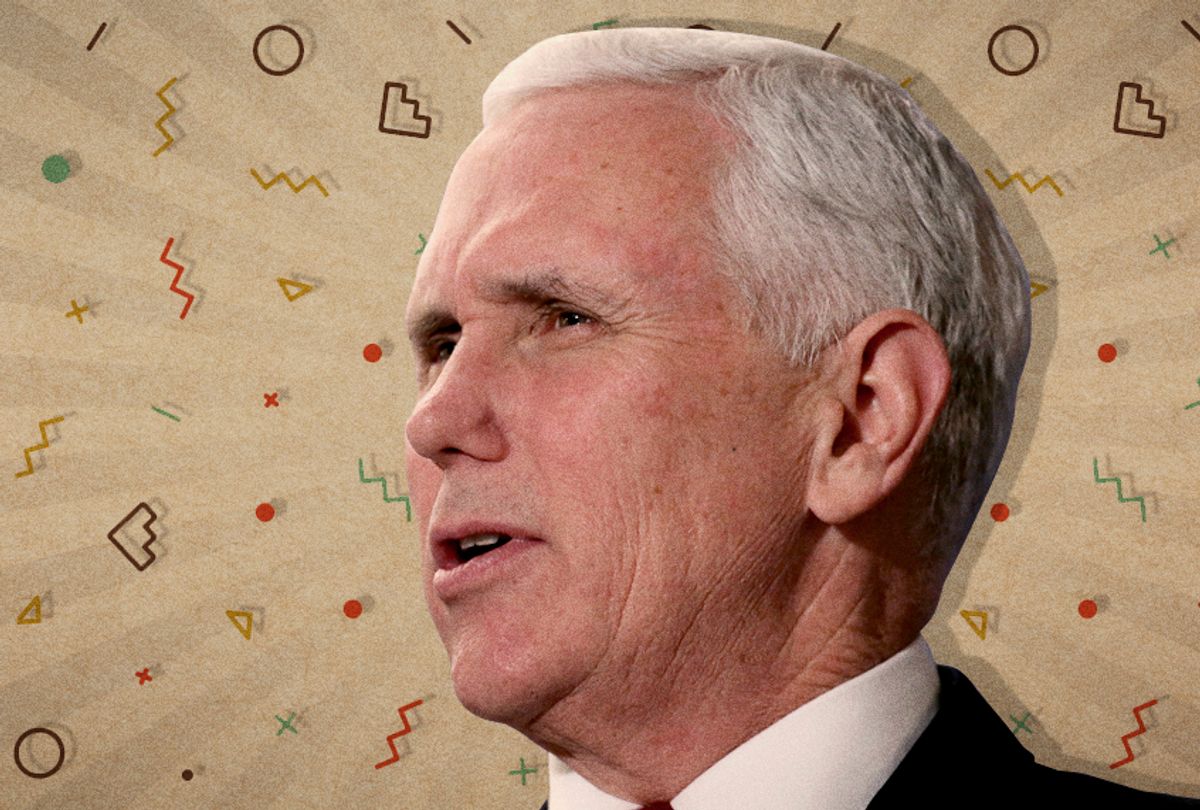 "It was remarkable what we saw happening for 24 hours in the media, on the basis of the report that appeared in BuzzFeed. It's one of the reasons why people are so frustrated with many in the national media," Pence told Chris Wallace, the anchor of "FOX News Sunday." Although Pence specifically focused on the BuzzFeed story, he characterized it as part of a larger problem involving an "obsession of many in the national media to attack this president for any reason, for any allegation."

When asked about House Democrats who had called for Trump's impeachment or resignation if the story proved true, Pence said that "the reflexive willingness of the president's critics in the Democratic Party to accept the worst facts and the worst interpretation... Look, the American people expect better."

Speaking later on the program, Rep. Jim Clyburn, D-S.C., said that "I don’t think that my Democratic friends are in any way rushing to judgment because they qualified right up front [by saying], 'If this is true.' When you preface your statement with 'If this is true,' that, to me, gives you all the cover you need."

The BuzzFeed story asserted that special counsel Robert Mueller's office had acquired testimony, text messages and emails demonstrating that the president had ordered Cohen to lie to Congress about the extent of an effort to get a Trump Tower built in Moscow, according to The Washington Post. Although Mueller rarely issues public statements about the ongoing investigation, spokesman Peter Carr rebuked the report by saying, "BuzzFeed’s description of specific statements to the special counsel’s office, and characterization of documents and testimony obtained by this office, regarding Michael Cohen’s congressional testimony are not accurate."

BuzzFeed's top editor Ben Smith responded to Carr's statement by saying, "We stand by our reporting and the sources who informed it, and we urge the Special Counsel to make clear what he’s disputing."

Meanwhile Lanny J. Davis, a legal and communications adviser for Cohen, responded to the BuzzFeed story on Friday by simply saying, "Out of respect for Mr. Mueller’s and the Office of Special Counsel’s investigation, Mr. Cohen declined to respond to the questions asked by the reporters and so do I."

During the Sunday interview, Pence also swiped at congressional Democrats like House Speaker Nancy Pelosi for rejecting the president's offer of a deal that would end the government shutdown. Trump has offered temporary protections for immigrants who previously benefited from Deferred Action for Childhood Arrivals and Temporary Protected Status in return for his border wall.

"It was disappointing to see Speaker Pelosi reject the offer before the president gave his speech on Saturday. The president is offering a solution. And what we have from Democrats' leadership is just soundbites," Pence told Wallace.