Want to know what foods are healthy for you? Just ask your poop 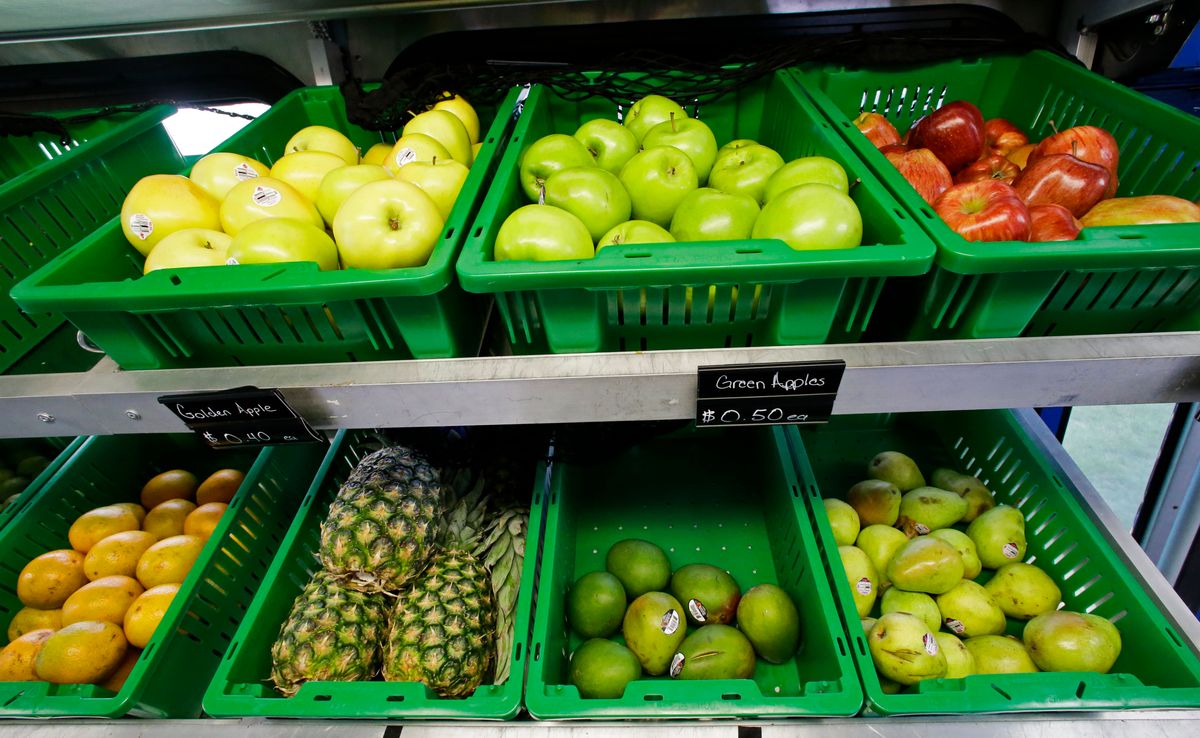 In this Wednesday, July 15, 2015 photo, a selection of fresh fruits available on the Fresh Stop bus, a mobile market, are seen in Eatonville, Fla. (AP Photo/John Raoux) (AP)
--

Ah, January. The horror of searching for the perfect holiday gift is behind us for another year, but we are now bombarded with dieting ads as we all try to lose that seasonal six pounds (and more). Some of us will succeed in sticking to these New Year’s resolutions to be better, fitter, slimmer, but let’s face it — most of us won’t.

This yoyo of overeating and dieting may soon be a thing of the past, however, thanks to a medical breakthrough that can let you know what foods are best for your gut — by testing a dollop of your poop. Or more precisely, what’s contained within it: a sample of your microbiome.

As the craze for the DNA kit holiday gift wanes — we all seem to have sent a swab of spittle away for analysis, and our results have been sold to the highest bidder — a new kind of testing kit is gearing up to take its place as the quirkiest gift to present to our nearest and dearest in years to come.

Scientists have long touted the importance of the gut in whole body health — calling it the “second brain” and finding links between it and such phenomena as mood changes and autoimmune issues. Why this new focus on the gut? Because your gut is host to billions of bacteria — a constantly changing mix that is unique to you. These bacteria, collectively called the microbiome, are found in varying numbers all over your skin and intestinal tract.

There have been microbiome testing kits on the market for some time, but they could only broadly describe whether you had an issue with a general category of food — gluten-containing food products, for example. But now scientists are able to pinpoint how specific foods affect individuals’ guts. This new, “metagenomic” testing could challenge all previously held notions of “healthy or unhealthy” foods, directing our attention instead to what suits the bacteria in a specific gut. And if you’re lucky, your “healthy” list could include previously taboo foods such as chocolate brownies or white bread, instead of obviously healthy choices like apples and quinoa.

New research by the Weizmann Institute in Israel is the basis of kits created by companies DayTwo and Viome, that take microbiome testing to a whole new level. At around $299 a pop, these new-generation kits are not cheap, but a recent review of the DayTwo offering suggests that the new science may offer some benefits.

Once your results have been assessed they are sent back to you via an app, where foods are listed along with a personalized rating from A+ to C-. The company uses AI and algorithms to detect what foods are good and bad for each test subject. This means that, the more people who sign up for the test, the more precise the testing will become — as the pool of data with which to compare results becomes wider. Privacy concerns are as yet unclear, but The Mayo Clinic has shown great interest in this new technology, to the extent of putting money into a recent funding-round for DayTwo. The Mayo has also undertaken an analysis of the initial research.

Today’s first video highlights the American Gut Project — a “citizen science” project in which ordinary Americans send their poop to scientists for analysis, giving them the opportunity to understand their microbiome, and also offering scientists a new trove of data to help them learn more about microbiomes generally.

The second stars Naveen Jain, CEO of Viome, giving his thoughts on the importance of the microbiome to our wellbeing.