From Parkland to Pittsburgh, ADL reports 2018 was a "particularly active year for right-wing extremist murders" 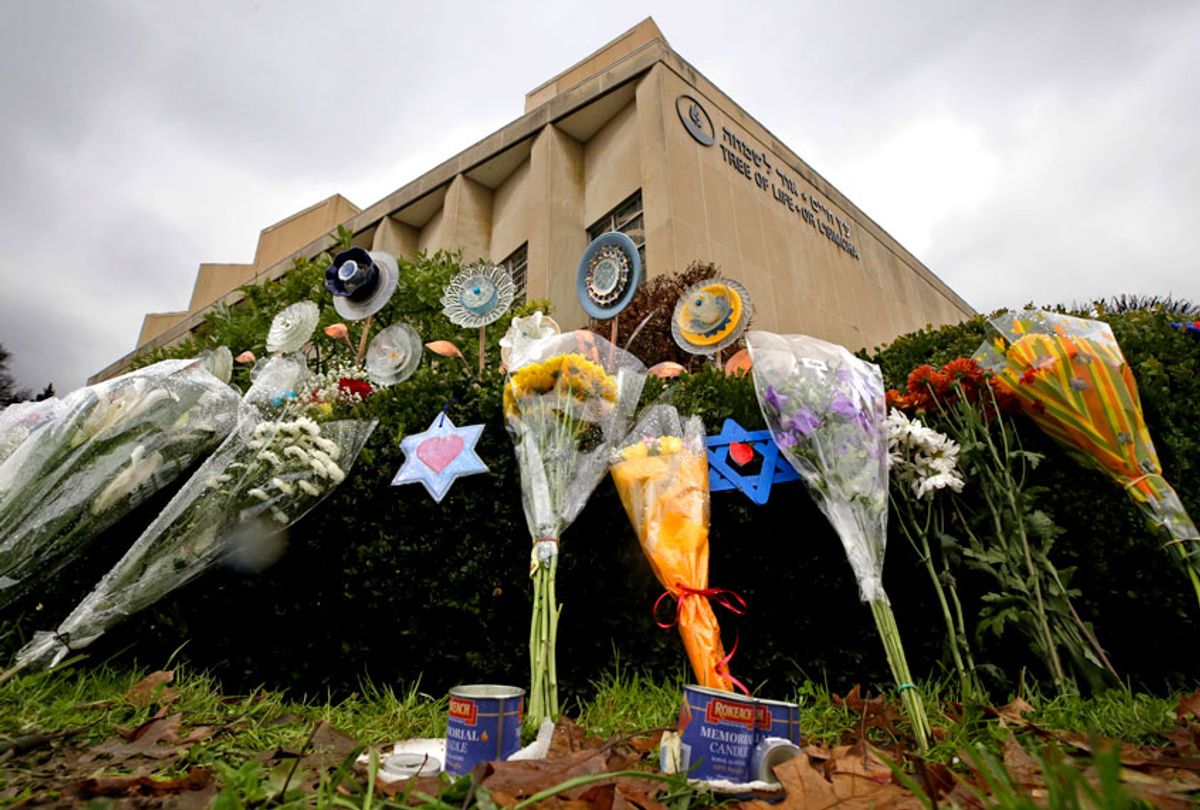 A makeshift memorial of flowers rests on bushes outside the Tree of Life Synagogue in Pittsburgh. (AP/Gene J. Puskar)
--

A new report concludes that every act of violent extremist killing which occurred in the United States in 2018 was related to far-right political ideology.

"2018 was a particularly active year for right-wing extremist murders: Every single extremist killing — from Pittsburgh to Parkland — had a link to right-wing extremism," wrote the Anti-Defamation League in its report "Murder and Extremism in the United States in 2018."

[T]he extremist-related murders in 2018 were overwhelmingly linked to right-wing extremists. Every one of the perpetrators had ties to at least one right-wing extremist movement, although one had recently switched to supporting Islamist extremism. White supremacists were responsible for the great majority of the killings, which is typically the case.

Earlier this month Salon spoke with Eli Saslow, a Pulitzer Prize-winning author who recently wrote "Rising Out of Hatred: The Awakening of a Former White Nationalist." That interview took place before the release of this ADL report, but Saslow's remarked on the connection between extreme right-wing views and the presidency of Donald Trump.

I think we have to acknowledge the fact that these racist white nationalist ideas have real mainstream purchase in our society. One of the cases that constantly floored me as I was writing the book is the fact that about a third of white people in the country, or people who consider themselves whites, believe that they are more discriminated against than people of color or Jews, which is wildly, wildly off base by every possible statistical measure and fact that we have.

But the fact that that much false white grievance still exists in parts of the country -- that means that people who repackage these white nationalist ideas in the language of white grievance, which is what has been done, [can have] huge political power. I think that's a major part of what's happened. Most of those white people ... do not consider themselves racists. They would absolutely balk at that idea, but if they feel that they in fact are the oppressed person in our society, there's a lot of racism behind that conclusion. I think that's a pretty scary place for the country to find itself.

When asked about whether publicly exposing white nationalists is an effective tactic in disempowering them, Saslow said it can be under the right circumstances.

I don't think that that in and of itself ... is likely to necessarily transform anybody's thinking, but it's a potential first step. With Derek Black, the person that I wrote about, that was also the first step. He arrived at college, and lived a secret life on his college campus. He was a huge public figure within the white nationalist movement, and had a daily radio show and was doing all this activity from campus, but nobody knew who he was. It wasn't until one of the other kids on that campus read on the SPLC websites about Derek that he put two and two together and exposed Derek for who he was.

Once campus activists exposed Black and began to ostracize him, Saslow continued, "The experience for Derek was that — for the first time from some people that he respected, or considered part of his in-group — he began to see in their eyes how hateful and awful his ideas were. So that ... began to make him question some things, and then opened him up to conversations when people began to reach out to him."