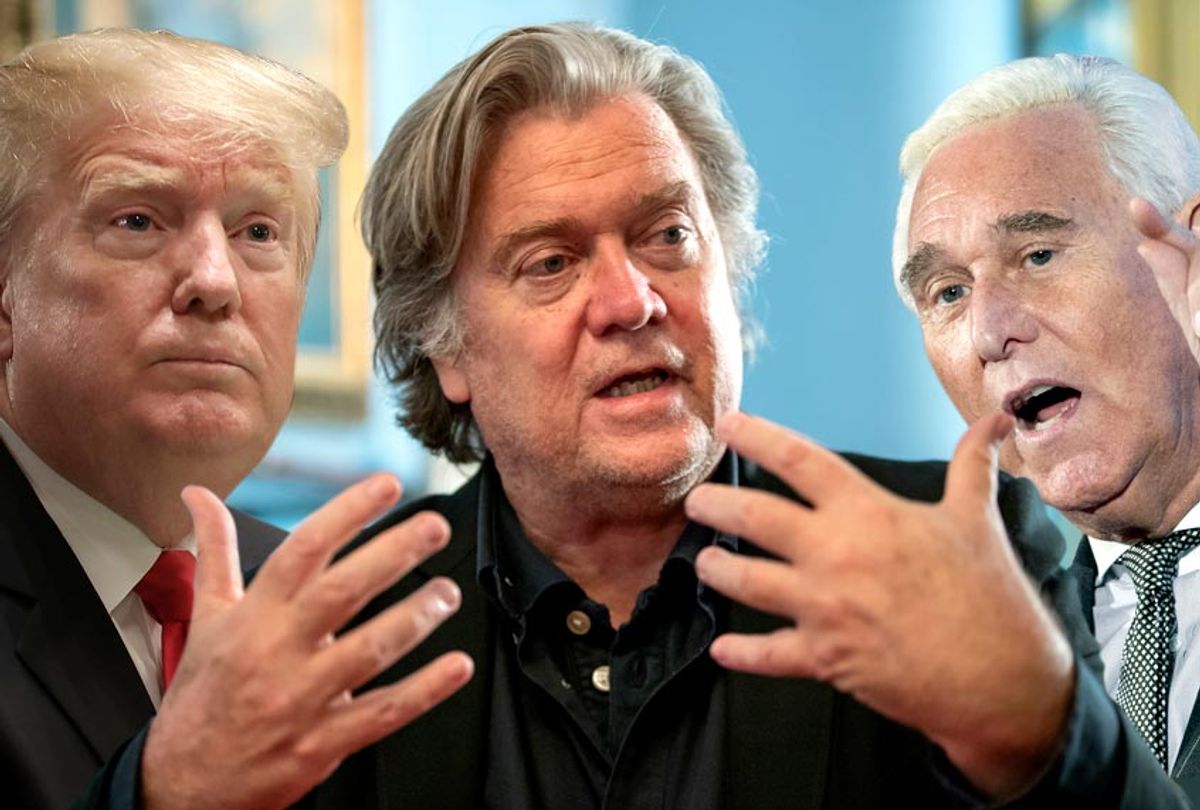 Stone, who has a decades-long relationship with the president, was arrested by FBI agents with their guns drawn in a pre-dawn raid on his Fort Lauderdale home Friday. According to his indictment, Stone was charged with seven counts, including obstruction of justice, making false statements, and witness tampering related to his contact with the Trump campaign about WikiLeaks’ release of stolen Hillary Clinton campaign emails.

According to the indictment, “a senior Trump Campaign official was directed to contact STONE about any additional releases and what other damaging information Organization 1 had regarding the Clinton Campaign.” Organization 1 refers to WikiLeaks.

The indictment goes on to note that Stone received an email from the high-ranking Trump official asking about future email releases in October 2016. Stone assured him that WikiLeaks would release “a load every week going forward.”

Shortly after another email dump, “an associate of the high-ranking Trump Campaign official sent a text message to STONE that read ‘well done.’”

The email matches an exchange between Bannon and Stone that was published by The New York Times in November of last year. Bloomberg and CNBC also reported that the official was Bannon, citing sources familiar with the situation. The Times noted that the indictment “left open the possibility that it was Mr. Trump” who directed Bannon to contact Stone.

Sanders did not deny the that it was.

“Look, John, I’m not an attorney,” Sanders said. “I’m not going to be able to provide you some type of insider legal analysis. What I can tell you is that the specific charges that have been brought against Mr. Stone don’t have anything to do with the president.”

Berman pressed Sanders once more about whether it was Trump who directed Bannon. Sanders dodged again.

“Look, I know the charges are about whether or not [Stone] gave false statements, and that’s on that individual,” she said. “That has nothing to do with the president.”

“Was it the president who made that direction or not?” Berman pressed again.

“Once again, I haven’t read this document. I’m not an attorney,” Sanders replied.