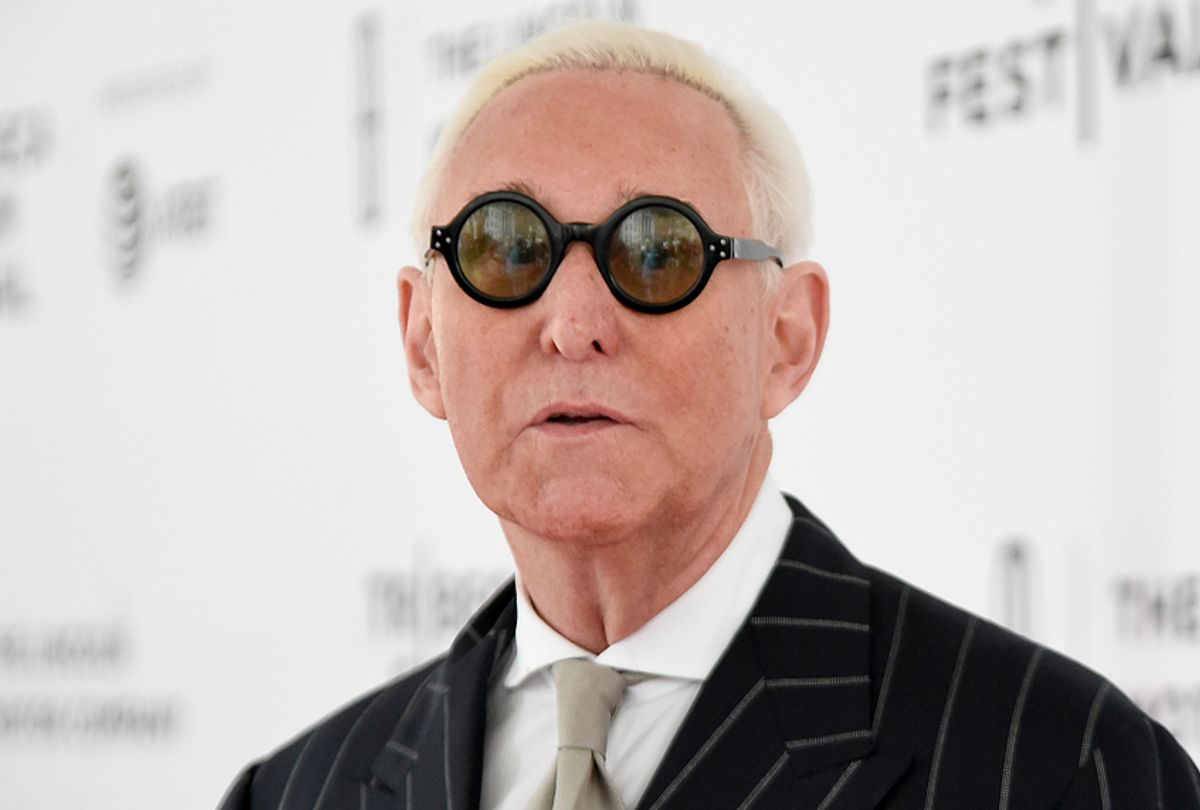 Roger Stone, a longtime associate and informal adviser to President Donald Trump, was arrested by the FBI on Friday on charges that he tried to tamper with a witness to hide the details of his attempts to learn about releases of a trove of damaging emails stolen from Democrats during the 2016 presidential campaign. He was indicted on seven counts as part of special counsel Robert Mueller's probe, including one count of obstruction of an official proceeding, five counts of false false statements and one count of witness tampering.

Mueller's indictment alleges that Stone sought to gather information about hacked emails at the direction of an unidentified senior Trump campaign official, identified by CNBC as former White House chief strategist and Trump campaign CEO Stephen Bannon. The indictment further focuses on Stone's attempts to find out when potentially damaging emails stolen from Hillary Clinton's campaign would be published by Julian Assange, the publisher of the whistleblower website WikiLeaks whom Stone previously called "my hero." Prosecutors have said Russian intelligence agents hacked Democrats and their email accounts and then shared them with WikiLeaks, which published them during the final months of the 2016 election.

"After the July 22, 2016 release of stolen DNC emails . . . a senior Trump campaign official was directed to contact Stone about any additional releases and what other damaging information Organization 1 had regarding the Clinton campaign. Stone thereafter told the Trump campaign about potential future releases of damaging material by Organization 1," the indictment states.

The identity of Organization 1 remains unclear, but citing "people familiar with the case," the Washington Post reported that Organization 1 is, in fact, WikiLeaks. The indictment also does not identity the senior Trump campaign official, nor does it say who instructed the senior campaign official to contact Stone. It also does not charge Stone of conspiring with Assange or Russian officials.

After the election, according to the indictment, Stone lied during his testimony before the House Intelligence Committee and attempted to convince another witness, identified only as "Person 2," to refuse to talk to the panel. "Person 2" is allegedly the conservative radio host and comedian Randy Credico, the Post reported, again citing "people close to the case."

As Credico prepared for possible testimony before the House Intelligence Committee, Stone repeatedly directed him not to reveal anything that would undermine Stone's credibility and imply that he had misled the committee in his earlier denials, according to the indictment. In December 2017, according to the indictment, Stone used a reference to one of the "Godfather" movies to try to keep Credico quiet and "go along with his narrative," Credico told MotherJones in September 2018.

"Stone told Person 2 that Person 2 should do a 'Frank Pentangeli' before (the committee) in order to avoid contradicting Stone's testimony," the indictment charges, adding: "Frank Pentangeli is a character in the film The Godfather: Part II, which both Stone and Person 2 had discussed, who testifies before a congressional committee and in that testimony claims not to know critical information that he does in fact know." (In the film, the Pentangeli character feigned ignorance when asked at a congressional hearing about his career in the mafia. If you're unfamiliar, watch the clip below.)

Stone is scheduled to make an initial appearance later Friday morning at a federal courthouse in Fort Lauderdale.

Stone has repeatedly denied any contact with Russia or WikiLeaks. He has claimed that he had no prior knowledge that WikiLeaks had hacked Democrats emails and would release them ahead of the election, saying that predictions he made about the group's plans were based on Assange's public remarks and tips from associates with inside knowledge. In sworn testimony to the House Intelligence Committee last year, Stone said he did not intend to suggest that he had communicated with Assange directly. WikiLeaks and Assange have also said they never communicated with Stone.