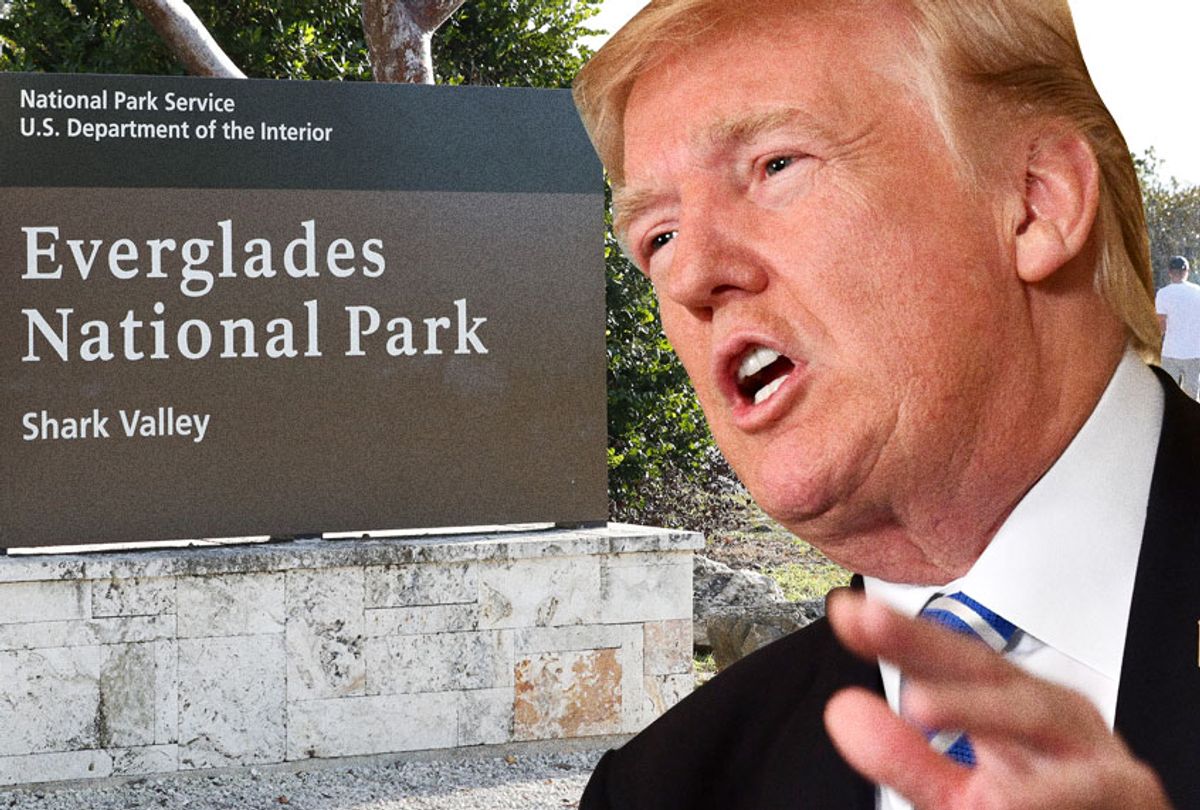 Along with the human toll being exacted by the government shutdown, which has left 800,000 federal workers unpaid, there is also the toll to one of the institutions that protects America's beautiful wilderness — its national parks system.

"The big picture is that parks have this massive $11.6 billion maintenance backlog and if you visit any national park you're going to see stuff that needs to get done. The roads are in terrible shape, there are potholes, it's torn out," Wes Siler, who runs IndefinitelyWild, Outside magazine's lifestyle column, told Salon.

Siler added that when it comes to the numerous other problems afflicting America's national parks, the government "can't afford to fix it. The bathrooms are falling apart. The visitor centers are outdated. It's all this stuff that adds up to the overall experience and the quality of the parks, and they can't afford to service it right now."

Siler notes that the problems with America's national parks long preceded the current shutdown, the lack of government personnel maintaining the parks over the past few weeks has only made matters worse.

"There is no plan from the federal government to give them funding for this $11.6 billion [the current budget shortfall], and the damage that's being done right now during the shutdown is going to add vastly to that total," Siler explained.

"We can't quantify how much it's going to be yet, because everyone tasked with tracking that stuff isn't working right now. But this is more than just the sum of another 26 days of damage. It's this compound of maintenance not taking place."

As Siler pointed out, the damage won't just be to the wilderness. It will also have a detrimental impact on park visitors.

"You have to remember that our national parks aren't just bare mountains covered in bison," Siler pointed out. "They are very heavily built and maintained tourist destinations that have significant facilities.

"If you think of the Grand Canyon, most of the tourist stuff takes place on the south rim where there is no water, so all the water has to be pumped there from the north rim. All that system of pumps and piping is not being maintained during the shutdown." A system that with regular maintenance could have "happily been in service for the next 10 or 20 years could be broken irreparably right now," Siler said. "We don't know."

Another problem is that most national parks have remained open during this government shutdown, whereas they were generally closed on similar occasions in the past.

Jon Jarvis, a former National Park Service director who is now executive director of the Institute for Parks, People, and Biodiversity at the University of California, Berkeley, told Salon earlier this month that the government shutdown of 2013 was in some ways more complicated.

"It was October rather than December, and in October there is still a high level of visitation activity in the entire national park system," Jarvis said. "But since 90 percent of the staff were on furlough," and parks normally staffed with hundreds of workers "were down to a few employees, we decided the best course of action to protect the parks and keep them safe was to close them."