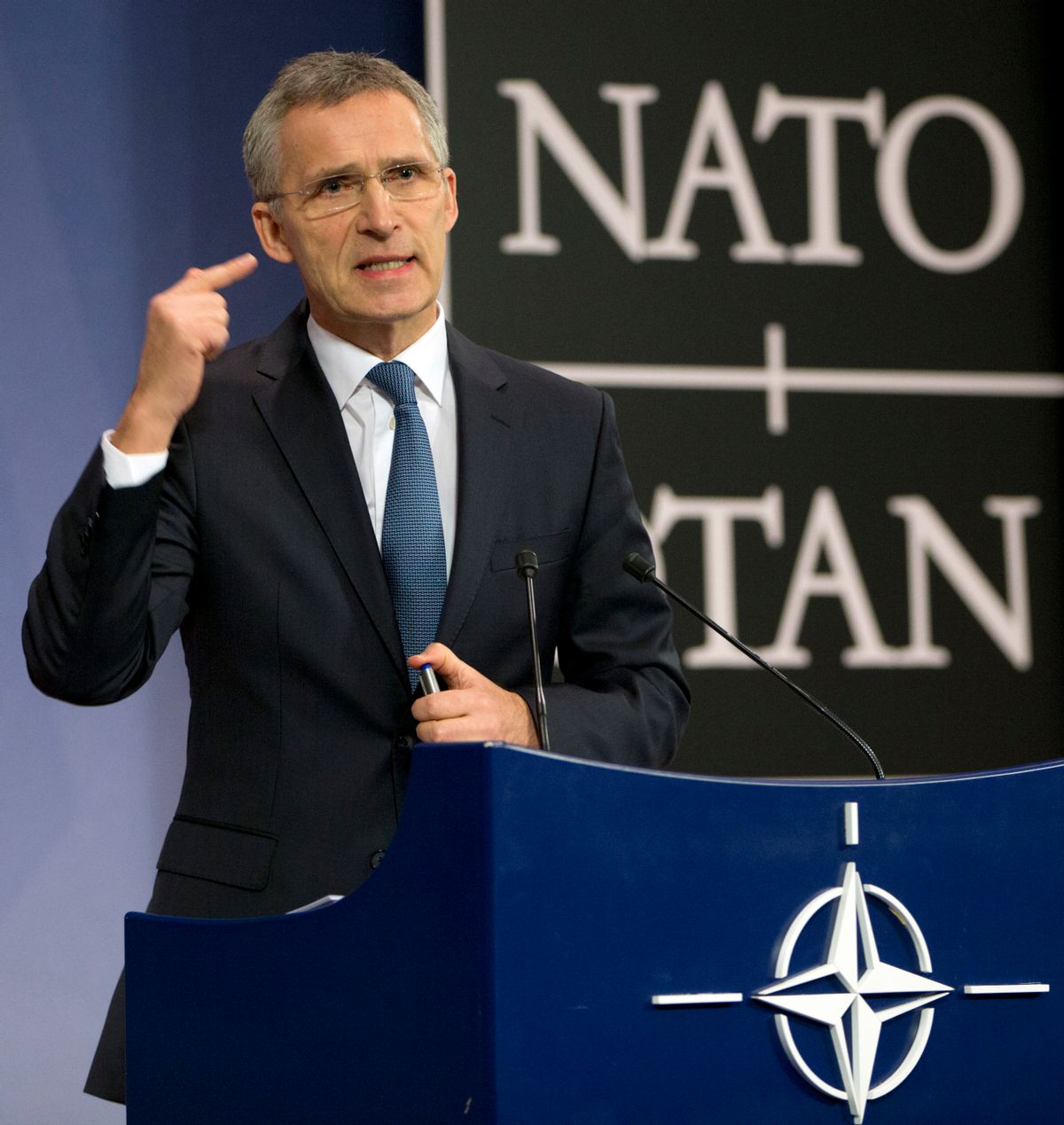 "Jens Stoltenberg, NATO Secretary General, just stated that because of me NATO has been able to raise far more money than ever before from its members after many years of decline. It’s called burden sharing. Also, more united. Dems & Fake News like to portray the opposite!" Trump tweeted on Sunday morning.

During an appearance earlier in the day on the Fox program "Fox News Sunday," Stoltenberg told fill-in Fox anchor John Roberts that the president's hard-line stance toward NATO had actually helped the organization.

"President Trump has been very clear. He is committed to NATO. He stated that clearly just a few days ago and also at the NATO summit in July. But at the same time, he has clearly stated that NATO allies need to invest more. And therefore at the summit in July last year, we agreed to do more to step up — and now we see the results," Stoltenberg explained to Roberts, seeming to rebut the prevalent criticism that the president's demands for other NATO members to increase their financial burden had harmed the organization.

Stolenberg added that "by the end of next year, NATO allies will add hundred – 100 billion extra US dollars toward defense. So we see some real money and some real results. And we see that the clear message from President Donald Trump is having an impact."

He also seemed to brush aside concerns that Trump had undermined NATO by being so harshly critical of it, arguing that "what he's doing is to help us adapt the alliance, which we need because we live in a more unpredictable world with a more assertive Russia using violence and force against a neighbor, Ukraine. And therefore NATO has to adapt."

NATO was founded in 1949 to help Europe resist imperialist aggression by Russia (at that point the Soviet Union). For nearly 70 years after its founding, American presidents have supported NATO practically by default. Because Trump's outspoken criticisms of NATO were accompanied by accusations that he had been compromised by Russia, many foreign policy experts were concerned that he had significantly altered a cornerstone of America's longstanding geopolitical philosophy. There were also concerns that any perceived weakening of America's ties to NATO would embolden Russian President Vladimir Putin.

"Whether he aspires for Russia to be the world's lone superpower, I don't think he actually has that big an ambition," Michael McFaul, a former ambassador to Russia under President Barack Obama, told Salon in July. "I think he just wants to weaken the West, and then after if everything worked out the way he liked – that we are just a collection of nation states – he will then forge bilateral relationships with Germany, with the UK, with United States, and with China. Which is to say that I think he's sober enough about Russia's potential in the next couple of decades to understand that in that world China would be first among equals. Key to his concept is that there would be several equals. It would become a multipolar world as opposed to a unipolar or bipolar world dominated by the United States and China."