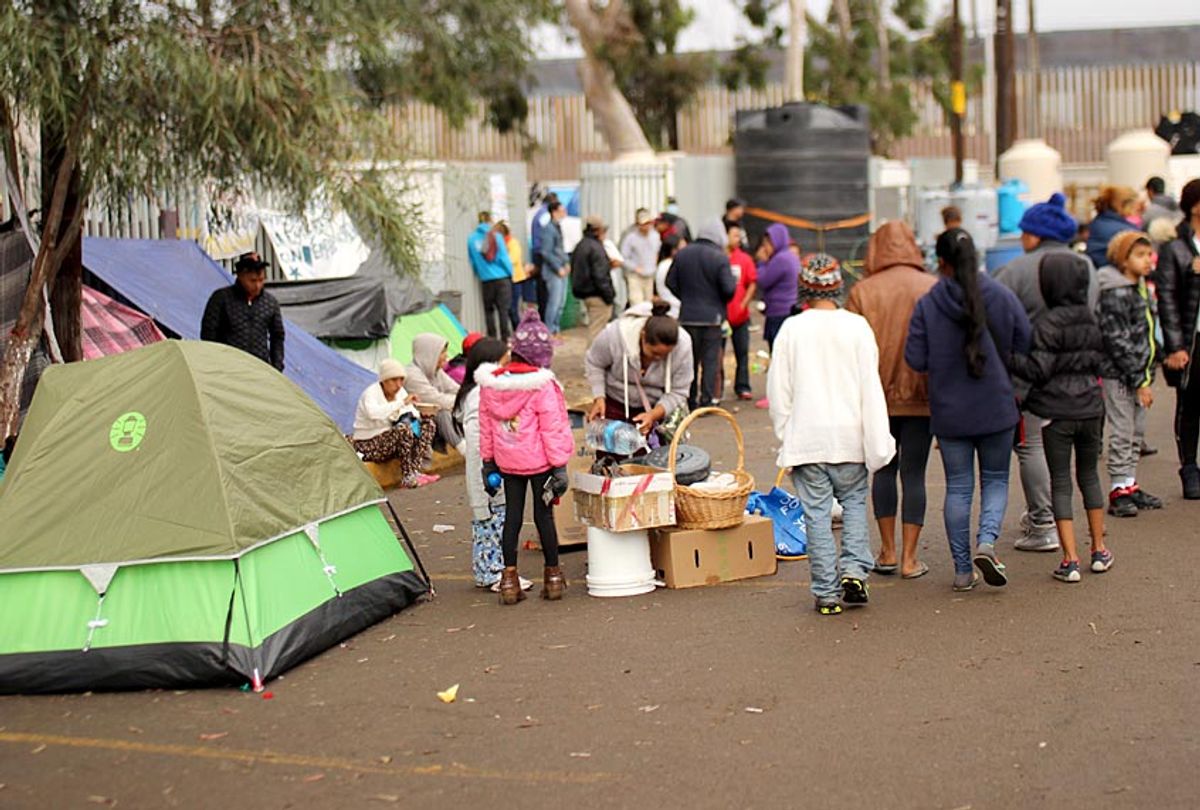 A mother pours water to cook breakfast at the the central migrant camp in Tijuana. (Marc Licciardi)
--

President Trump's government shutdown may not have yielded the U.S.-Mexico border wall that he desired. That doesn't mean it hasn't harmed immigrants.

As a result of the shutdown, thousands of court hearings for immigrants were cancelled while chaos has overtaken the system, according to the Los Angeles Times. Not only did every week of the shutdown add 20,000 cancellations to the existing backlog, but it resulted in immigration judges being furloughed or forced to work without pay, lawyers meeting filing deadlines even though the courts could not accept them and immigrants showing up in court either because they didn't know about the shutdown or were afraid of being punished for missing their hearings.

"What we know is that undocumented Americans have been conflated with asylum seekers, who have been conflated with refugees," Houghton told Salon. "We are, unfortunately, seeing a challenge of two types: A system that was already overburdened and that did not have enough immigration judges has seen an additional push, and the shutdown has had an extraordinary impact on those courts."

At the same time, Houghton added, "We're also seeing a brand new 'Stay in Mexico' plan where immigrants and asylum-seekers are going to be deported to Mexico while their case is being heard." In total, she continued, "What you're seeing is this exponential human rights violation where people are not just not having their cases being heard in the United States, but in some cases -- no matter whether or not their case has merit -- they are sent to Mexico to await their asylum case to be heard."

Amnesty International primarily focuses on the rights of asylum-seekers and refugees, rather than on undocumented immigrants in general. But as Houghton said, all those groups of immigrants have effectively been lumped in together by the Trump administration.

Houghton called the current state of chaos "a pretty clear result of an attack by the administration not just on the immigration infrastructure, but on refugees, asylum-seekers and immigrants themselves."

She continued: "It doesn't matter, in the administration's mind, who these people are. I think the administration has previously won political points by framing all immigrants as somehow not deserving of dignity, fairness and respect, [and arguing] that they're all somehow dangerous."