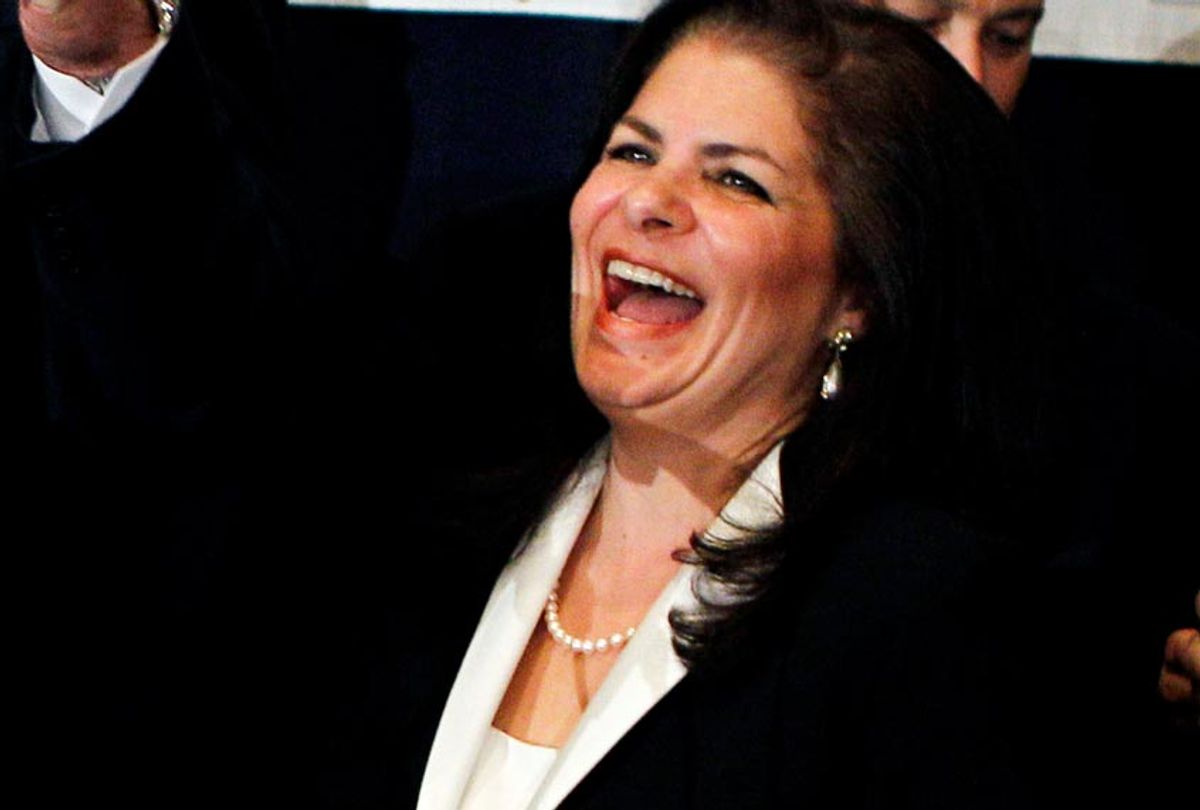 State Sen. Dawn Marie Addiego, who represents a suburban and rural district in southern central New Jersey, has become the latest state legislator to switch from Republican to Democrat. Her district has been represented by Republicans since it was first created in 1973.

"As gridlock in Washington dominates the news, it has become increasingly clear that in order to effect change you have to be part of the discussion and not on the outside looking in. The people of the 8th District did not elect me to be content in the role of loyal opposition," Addiego wrote in a Facebook post on Monday.

She added, "I have had the opportunity over the course of the last year to work closely with Senate President [Stephen] Sweeney," a Democrat, "on the Economic and Fiscal Policy Work Group. His tireless work ethic and unparalleled success at delivering for the people of NJ and particularly South Jersey is to be admired. I am utterly convinced, as he is, that New Jersey’s current fiscal mess cannot be fixed by putting our heads in the sand and pretending it does not exist."

As a result, Addiego concluded that while the "core values" that drew her to the Republican Party have not changed, "the party which once echoed the vision of Ronald Reagan no longer exists." She cited offshore oil drilling and tax policy as examples of "a National Republican Party that has lost its way." Addiego said she would switch parties and work "with both parties, the Governor [Phil Murphy, a Democrat] and all legislators to make New Jersey a better place for our families."

Assemblyman Ryan Peters, a Republican who represents the same part of the state in New Jersey's lower house, wrote on Facebook that he was disappointed "to learn of her decision from the media." He also argued that "as a Navy SEAL I was taught to stand and fight when the going gets tough, not defect to the other side" and characterized Addiego's decision as motivated by "self-preservation."

"When I registered to vote in 1976, Kansas was led by moderate Republicans; over the course of those forty plus years, the Republican Party has steadily moved away from the value system I stand for, particularly funding public education and government closest to the people," Bollier told Salon at the time.