Investigate or legislate? Now that Democrats are back to work, they're doing both

For its first full day on Capitol Hill, the new Democratic House laid out an aggressive accountability agenda 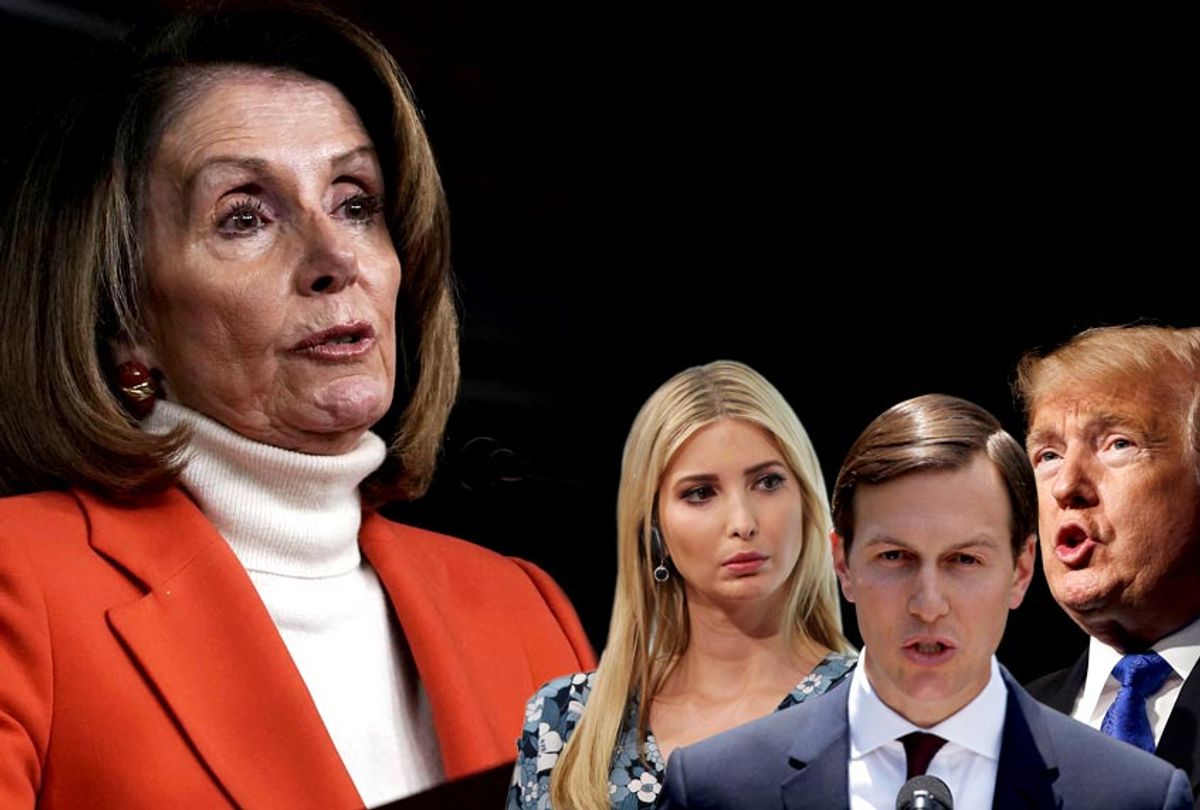 After an extended political delay caused by President Trump’s shutdown, Democrats who won historic elections last fall finally took their seats for their first full day in the House of Representatives on Tuesday — and hit the ground running.

The House Ways and Means Committee held its first hearing on increasing protections for patients with pre-existing conditions, during which Rep. Gwen Moore, D-Wis., announced that she was recently diagnosed with small cell lymphocytic lymphoma. The House Oversight and Reform Committee, newly chaired by Rep. Elijah Cummings of Maryland -- who has dropped the word "Government" from the committee title to usher in a new era of oversight of the private market, opened hearings on the high cost of prescription drugs by sending detailed information requests to 12 major pharmaceutical manufacturers on Tuesday.

Democrats on that committee are investigating spikes in the price of insulin for people with diabetes. Their first witness was a mother who recently lost her daughter who was rationing her insulin she could not afford. The cost of insulin per patient almost doubled between 2012 and 2016, according to a new study from the independent, not-for-profit Health Care Cost Institute.

Cummings spent the latter half of his first day in his chairmanship exercising his investigatory powers by sending a letter to Treasury Secretary Steven Mnuchin seeking information on "potential conflicts of interest” related to the Trump administration’s decision to lift sanctions on Russian oligarch Oleg Deripaska’s companies. Cummings already launched an investigation into the White House security clearance process that is likely to bring a focus to Trump's son-in-law Jared Kushner

Democrats on the House Judiciary Committee, meanwhile, started out with a heated grilling of members of Trump’s now disbanded “voter fraud” commission. Democrats on the panel appeared united in their push for mega-overhaul of voting, ethics, and campaign finance laws, even as Republicans on the committee attacked Democrats' first proposed legislation of the new term, HR 1, as “an outrageous use of taxpayer dollars,” and hurled allegations that “The Democrat party has a long history of stealing elections in this country.”

The deferred first day of the 116th Congress shows that Democrats are unlikely to fall for the false dichotomy of either offering a positive policy agenda or holding the Trump administration accountable. Accountability, Democrats in the House appear to understand, is the foundation of any agenda. Now that the federal government is fully funded, albeit temporarily, and the Democratic House majority is finally able to assume control, they are showing no signs of historic weakness and division.

While the unionized airline workers who caused slowdowns at several major airports on the East Coast on Friday may deserve the lion share's of the credit for causing Trump to finally cave after 35 days, Democrats in Congress clearly feel emboldened and energized by last week’s political win. It was the first concrete evidence that House Speaker Nancy Pelosi can deliver on a major campaign promise to take on Trump and Republicans.

As Salon’s Amanda Marcotte noted, Trump’s shutdown served as a slowdown of the Democratic House’s ambitious accountability agenda. Trump's cave-in, even if temporary, served as a shot in the arm for the new majority party. Freshman Rep. Jennifer Wexton, D-Va., even dared Republicans to vote against a bill to prevent another Trump shutdown.

Now Republicans are trying to rain on that parade, as Maryland reporter Robin Bravender noted on Tuesday:

Ohio Rep. Jim Jordan, the top Republican on the [Oversight Committee], implored Cummings to work across the aisle with the GOP. But he said he’s wary after what he’s seen so far, criticizing Cummings for failing to properly consult the GOP on issues like changing the committee’s name – it had been called the Committee on Oversight and Government Reform – and pursuing early oversight plans.

Jordan recalled Cummings telling then-Oversight Chairman Darrell Issa (R-Calif.) that his first instinct should be to consult with Democrats. “I hope that’s what happens in this committee over the next two years,” Jordan told the Democratic chairman.

He added, “We need to never forget that we have a constitutional duty to do oversight and this is the committee, the key committee where that gets done. It should be done fact-by-fact, step-by-step” and it should be done fairly, “with the objective of getting to the truth.”

Cummings shot back: “Let me be real clear on this. Listen up,” he said. “I shall be about the business of being fair. Be clear on that. Be clear that I will seek the truth and nothing but the truth, so help me God.”

He added, “I will not be about the business of wasting taxpayers’ dollars, but I will get to the truth, particularly in this day and in this age. We must have it.”

Soon after the results of the 2018 midterms set in, Republicans began a concerted campaign to discourage Democrats from oversight of Trump by suggesting that would turn off voters. Now in the minority, they are trying to evade any serious accountability.

Contrary to Republican hopes, a A newly released poll shows that most Americans welcome investigations into Trump’s controversial presidency. According to a new ABC News/Washington Post poll, six in 10 respondents think Democrats should use their new congressional authority to obtain and release Trump’s tax returns. Forty-six percent of respondents who said Democrats should try to get Trump's taxes felt that way strongly, as opposed to 26 percent who felt strongly that Democrats shouldn't try to obtain the returns.

Additionally, 39 percent of self-identified conservatives would approve of publishing the findings of any investigation into Trump administration scandals. Perhaps that explains why Sen. Chuck Grassley, R-Iowa, co-sponsored a bipartisan bill on Monday that would promise to publish the results of the Mueller probe. At his confirmation hearing, Trump’s attorney general nominee Bill Barr refused to explicitly commit to making Mueller’s report public.

It’s fanciful to think that that outraged voters who turned out in record numbers to reject the Trump-supporting Republicans would now resist holding his administration accountable for misdeeds after the GOP looked the other way for two years. If Day One is any indication, Democrats appear keenly aware that they control only one house of Congress with a Republican White House and a conservative Supreme Court, but don't intend to let those facts limit their realistic opportunities.

Investigations to reveal what has been withheld from the American public do not conflict with the substantive legislation already offered by Democrats in the House this term. We'll see what happens in the long term, but this Congress is starting out by thinking big.