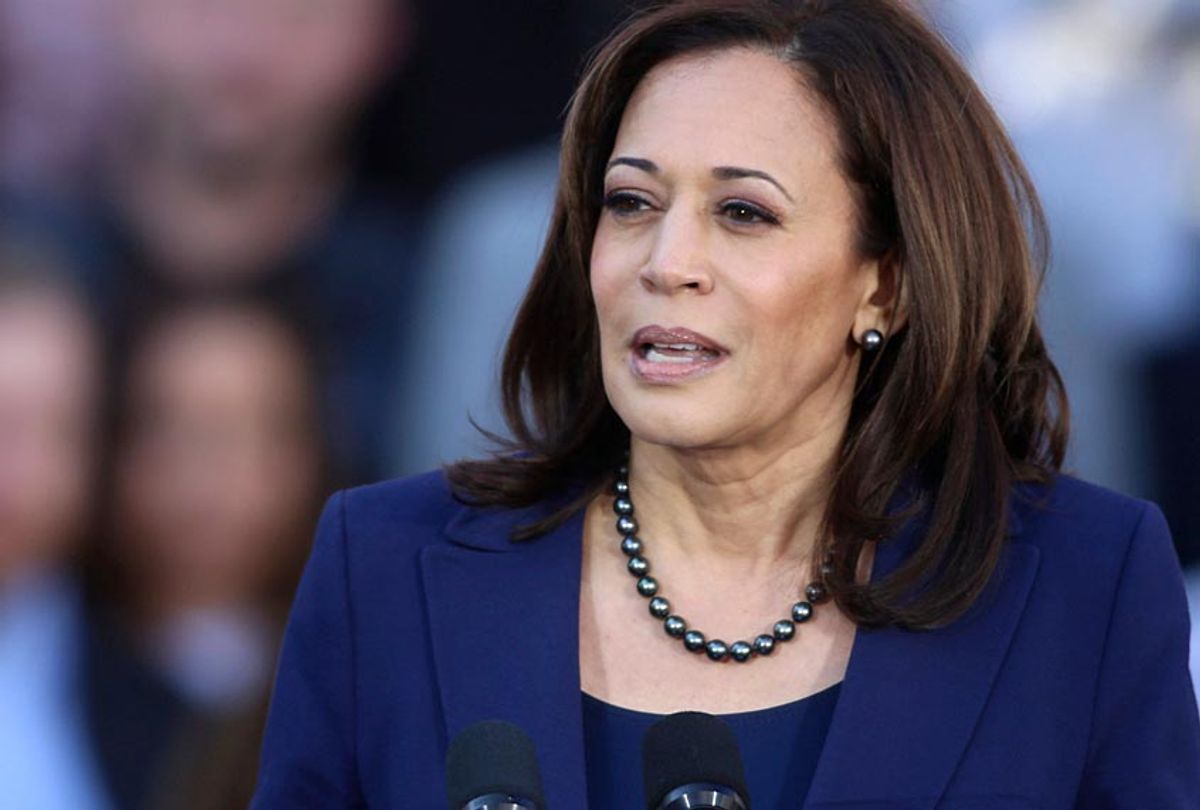 Sen. Kamala Harris (D-Calif.), who recently threw her hat in the ring to challenge President Donald Trump in 2020, is facing backlash after a video from 2010 resurfaced in which she appears to gloat about her truancy crackdown while serving as district attorney in San Francisco.

The video, which was posted earlier this week by the journalist Walker Bragman, has gone viral on Twitter. It shows Harris, at the time serving as the Foggy City's attorney general, delivering a speech at the Commonwealth Club in San Francisco. In the video, she defends her decision to penalize — and sometimes jail — the parents of truant children in the city, despite controversy surrounding the plan.

"I believe a child going without an education is tantamount to a crime," Harris says in the video. "So I decided I was going to start prosecuting parents for truancy."

She describes an instance in which she charged a homeless woman who was working two jobs to take care of her three children.

"She just needed some help," Harris says. The woman was charged.

"By shining this infrared spotlight of public safety on the fact that her children aren't in school, we were able to figure that out, get her access to services that exist, and through that process, the attendance of her children improved," she continues. "We dismissed the charges against her, and overall we've improved attendance for this population in San Francisco by 20 percent over the last two years."

In the speech, Harris laughs about sending her office's homicide and gang prosecutors into San Francisco schools to meet with parents and administrators discussing truant students. "When you go over there, look really mean," she said she would tell them.

In Bragman's thread, he pointed out that Harris' speech was a stump speech for her 2010 re-election campaign for attorney general. In another video, from November 2009, she delivers virtually the same speech.

Harris, who made history in 2016 as the first biracial woman, the first Indian-American woman and the second black woman to be elected to serve in Congress' upper chamber, announced her 2020 presidential bid on Jan. 21, coinciding with Martin Luther King Day. Since then, her record as a prosecutor has come under renewed scrutiny, including for her truancy policies. Criminal justice advocates have pointed out that her truancy initiative predominantly affected low-income communities and families of color.

In a recent New York Times op-ed, Lara Bazelon, a law professor and the former director of the Loyola Law School Project for the Innocent in Los Angeles, argued that Harris was not a "progressive prosecutor" and often erred on the wrong side of history on a wide array of criminal justice issues such as truancy and marijuana. Bazelon elaborates:

Time after time, when progressives urged her to embrace criminal justice reforms as a district attorney and then the state’s attorney general, Ms. Harris opposed them or stayed silent. Most troubling, Ms. Harris fought tooth and nail to uphold wrongful convictions that had been secured through official misconduct that included evidence tampering, false testimony and the suppression of crucial information by prosecutors.

Consider her record as San Francisco’s district attorney from 2004 to 2011 . . . Ms. Harris also championed state legislation under which parents whose children were found to be habitually truant in elementary school could be prosecuted, despite concerns that it would disproportionately affect low-income people of color . . .

In 2014, she declined to take a position on Proposition 47, a ballot initiative approved by voters, that reduced certain low-level felonies to misdemeanors. She laughed that year when a reporter asked if she would support the legalization of marijuana for recreational use. Ms. Harris finally reversed course in 2018, long after public opinion had shifted on the topic.

Harris, meanwhile, defended her criminal justice record during CNN's town hall Monday by arguing that she has been "consistent my whole career."

"My career has been based on an understanding . . . One, as a prosecutor, my duty was to seek and make sure that the most vulnerable and voiceless among us are protected . . . I have also worked my whole career to reform the criminal justice system, understanding, to your point, that it is deeply flawed," she said.