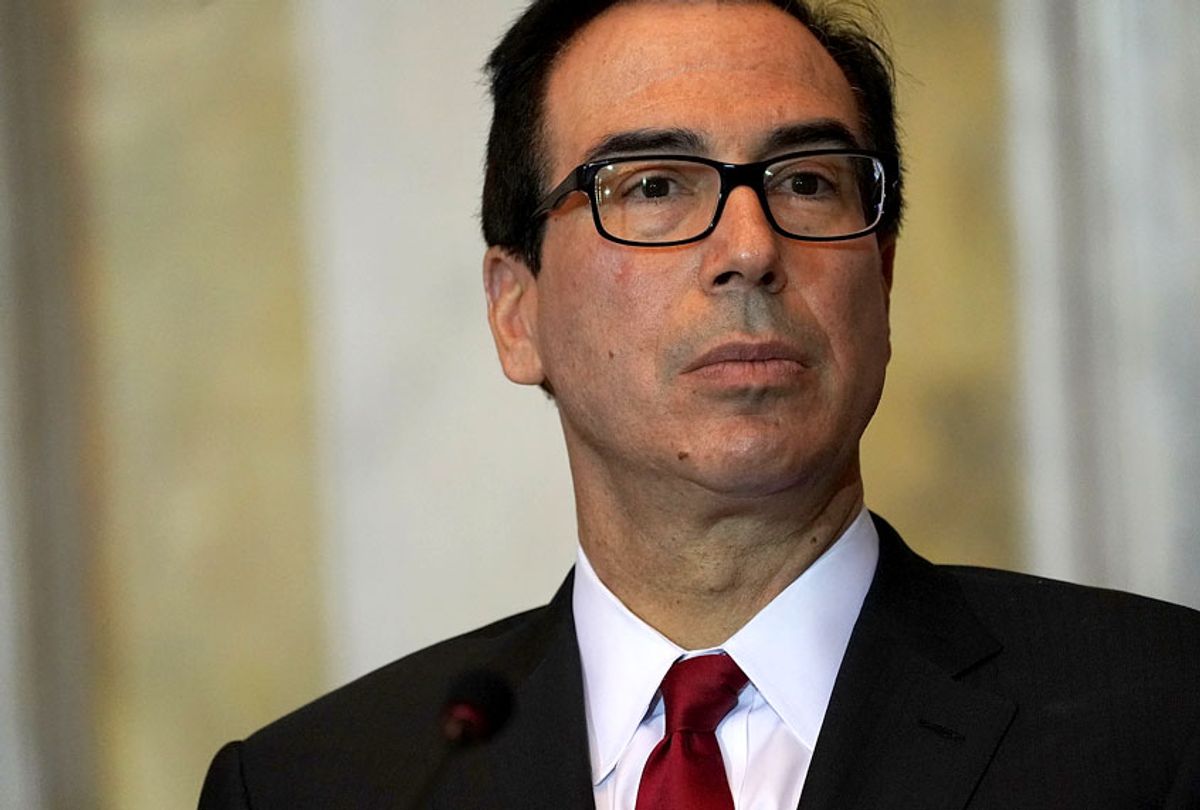 The Treasury Department disputed that Secretary Steve Mnuchin sold his share of a Hollywood production company to a sanctioned Russian oligarch, but still would not reveal the buyer.

Rep. Jackie Speier (D-CA) and other Democratic lawmakers questioned Mnuchin’s ties to Ukraine-born entertainment investor Len Blavatnik, but the Treasury Department denied in a letter that he had bought the secretary’s stake in the RatPac-Dune production company, reported ABC News.

The Trump administration lifted Magnitsky Act sanctions against Rusal and other companies linked to Deripaska, and House Democrats questioned Mnuchin’s involvement in the controversial decision.

Mnuchin and Blavatnik have each held significant stakes in RatPac-Dune Entertainment, which has held minority ownership interests in the blockbuster movies “Gravity,” “Wonder Woman,” Batman v Superman,” “The Lego Movie” and “Creed.”

The Treasury Department denied that Mnuchin had sold his stake to Blavatnik or any of his companies, but did not say which “third party unrelated to Mr. Blavatnik” had purchased his share in the company.

A spokesperson for Blavatnik also denied any contact between the entertainment investor and Mnuchin.

“Blavatnik has had no business conversations whatsoever with Secretary Mnuchin in connection to treasuries actions and decisions on sanctions,” the spokesperson said.

However, Democrats have long expressed concern about possible conflicts of interest presented by Mnuchin’s financial dealings.

Blavatnik, who holds a significant stake in Rusal, has contributed at least $383,000 to the Republican National Committee since late April 2016 and gave another $1 million to President Donald Trump’s inauguration fund.

Those contributions included more than $12,000 that was later directed to the president’s legal defense fund, although Blavatnik did not give directly to the Trump campaign.