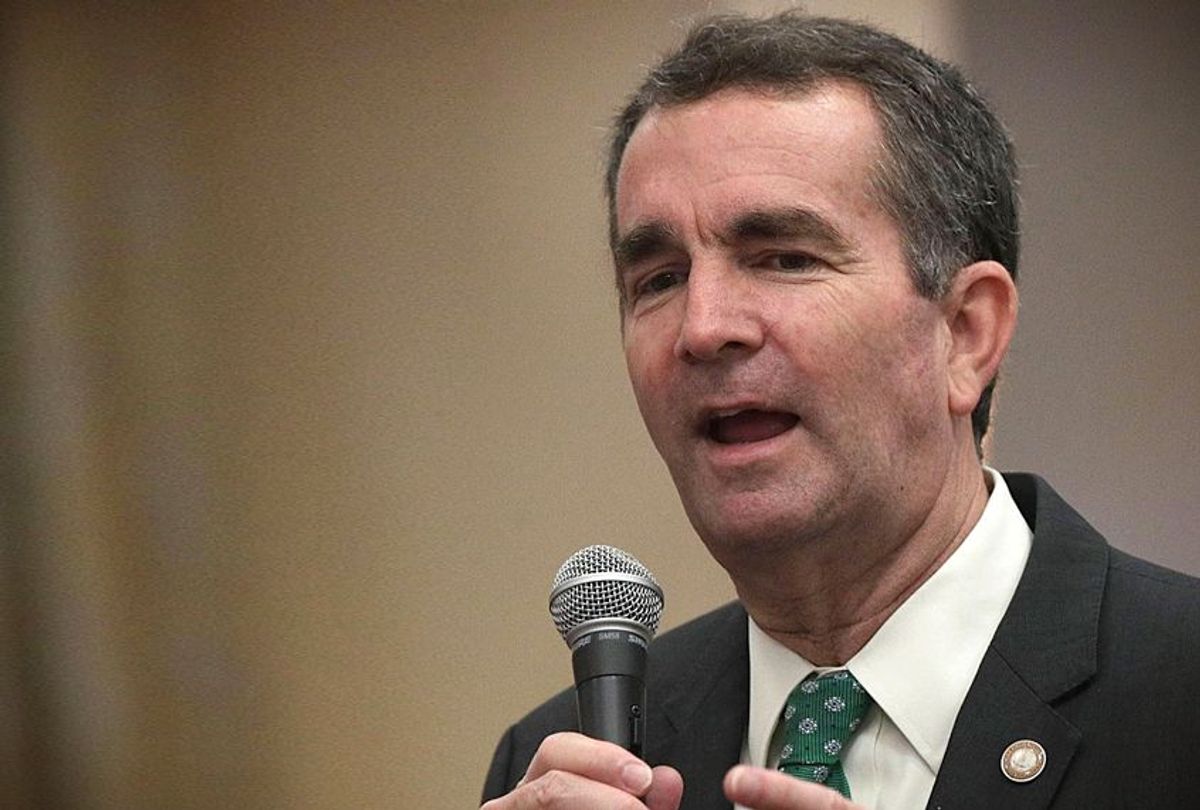 "Democrat Governor Ralph Northam of Virginia just stated, 'I believe that I am not either of the people in that photo.' This was 24 hours after apologizing for appearing in the picture and after making the most horrible statement on 'super' late term abortion. Unforgivable!" Trump tweeted on Saturday afternoon.

Less than half an hour later he followed that up with a tweet saying, "Ed Gillespie, who ran for Governor of the Great State of Virginia against Ralph Northam, must now be thinking Malpractice and Dereliction of Duty with regard to his Opposition Research Staff. If they find that terrible picture before the election, he wins by 20 points!"

The bulk of Trump's tweets referenced a photograph from Northam's 1984 medical school yearbook that showed one man in blackface and another man in Ku Klux Klan regalia, according to The Washington Post. Although Northam initially said that he had been in the photograph and apologized for doing so, he later insisted that the picture did not show him and refused to heed calls for his resignation.

After a press conference on Saturday in which Northam attempted to shore up his support by denying that the photographs depicted himself, Virginia Sens. Tim Kaine and Mark Warner joined their fellow Democrat, Rep. Bobby Scott, in calling for Northam to step down, according to Politico.

"After we watched his press conference today, we called Governor Northam to tell him that we no longer believe he can effectively serve as Governor of Virginia and that he must resign," Kaine, Warner and Scott wrote in their joint statement.

They added, "Governor Northam has served the people of the Commonwealth faithfully for many years, but the events of the past 24 hours have inflicted immense pain and irrevocably broken the trust Virginians must have in their leaders."

The Democratic Party of Virginia echoed that sentiment, writing in a statement that "we stand with Democrats across Virginia and the country calling him to immediately resign. He no longer has our confidence or our support. Governor Northam must end this chapter immediately, step down, and let Lt. Gov. Justin Fairfax heal Virginia's wounds and move us forward. We can think of no better person than Lt. Gov. Justin Fairfax to do so." Meanwhile the Virginia Legislative Black Caucus wrote, "Another moment should not pass before we hear Governor Northam do the honorable thing and resign."

Former Virginia Gov. Douglas Wilder, the first African American to serve as a United States governor since Reconstruction and the first elected African-American governor, tweeted after the press conference that "I stated, earlier, that Gov. Northam’s continuing in office was his choice to make. It is difficult for anyone who watched the press conference today to conclude that he has any other choice ... but to resign."

Trump's tweets also referred to a recent abortion bill that was tabled by the Republican-controlled Virginia General Assembly. The legislation would have reduced the number of doctors whose consent would be needed for a woman to legally terminate a pregnancy at 40 weeks, removed the need to prove that damage would be "substantial or irremediable" and allow second-trimester abortions to be performed at a clinic.

"I introduced a bill to repeal the medically unnecessary and unduly burdensome barriers Virginia women face when they are accessing this healthcare service in consultation with their doctor," Democratic Del. Kathy Tran explained in a video statement on Thursday addressing the controversy.