"The Amen Corner" podcast goes deep on why Democrats must hold Gov. Ralph Northam accountable for a racist photo 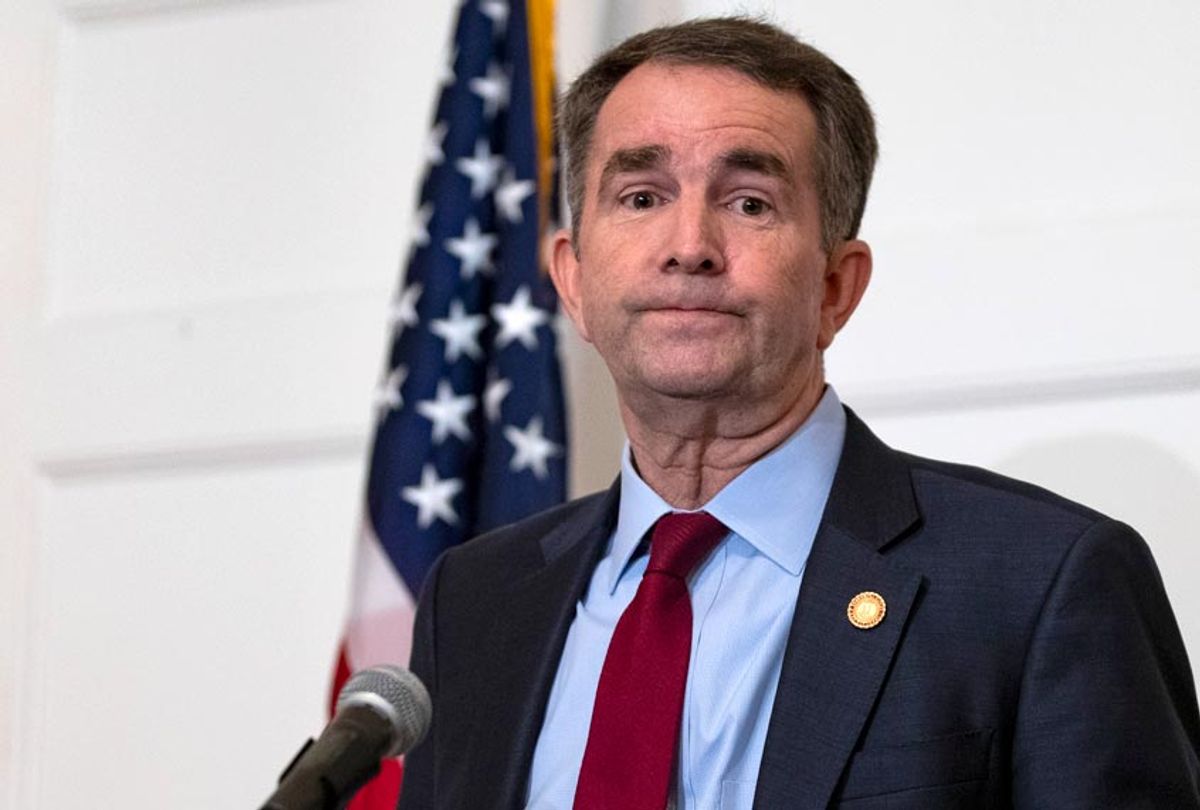 What to do about Ralph Northam, the Democratic governor of Virginia? This is not an easy decision. Late last week, pictures emerged from Northam's page in his 1984 medical school yearbook (who knew that there are yearbooks in med school?) depicting one person in black face and one wearing a Ku Klux Klan white robe and hood. On Friday, Northam apologized for appearing in the photo — an admission he walked back over the weekend.

On this week’s episode of "The Amen Corner" podcast, Brad and Steven discuss the racist photo's political implications and how the Democrats should handle it.

Some in the media are asking whether he was the black face guy or the Klansman, as if that matters. Both are bad. Governor Northam, a former military officer and a pediatrician, has a solid record on issues that Democrats care about, including prison sentencing reform, reproductive rights and gun safety. Still, what other option is there other than forcing him to resign? A prolonged apology tour?

In a pre-recorded apology, Northam owned his behavior and says he wants to win back the trust of Virginians. At least he recognizes his offense—unlike Mississippi Senator Cindi Hyde-Smith, who after joking about lynching declared that she was sorry to “anyone offended." Northam’s apology is not enough.

If he actually wants to gain the trust of people, he needs to give up something of value, meaning he needs to cede the governorship to Lieutenant Governor Justin Fairfax. To do otherwise is to engage in the same old cynicism that Americans have come to expect from their leaders, especially Republicans.

Virginia is a purple state turning blue with a large number of minority voters. If Northam stays, why would any African-American vote in Virginia in the next the cycle? It is good news that Northam is under pressure from Democrats to resign.

The Northam incident is in stark contrast to the Republican playbook on these issues. How long was Iowa Republican Rep. Steve King in Congress before the GOP leadership stripped him of his committee assignments? Of course, the same leadership did not push him to resign.

The Republican response to credible allegation of sexual misconduct, even rape, against Bret Kavanaugh was that it was a long time ago and everyone does crazy things in high school. He now has a lifetime appointment on the Supreme Court. Then there is the President of the United States.

Needless to say, we live in a bubble. Growing up in the New York Metro area, it never occurred to us that people still donned the Klan’s robes or were actual Nazis. We should have known better when we were teenagers, but at least we know better now. Dare we say that Northam has got to go…

To hear this and more, listen to Season 3, Episode 20 of The Amen Corner.

You can listen to The Amen Corner in lots of ways. On iTunes, Spotify, Stitcher, Google Play, or your favorite RSS aggregator.