Virginians look toward a post-Northam future, but he's trying to hang on

Embattled Gov. Ralph Northam is pondering his next move, but many in Virginia are ready to turn this unsavory page 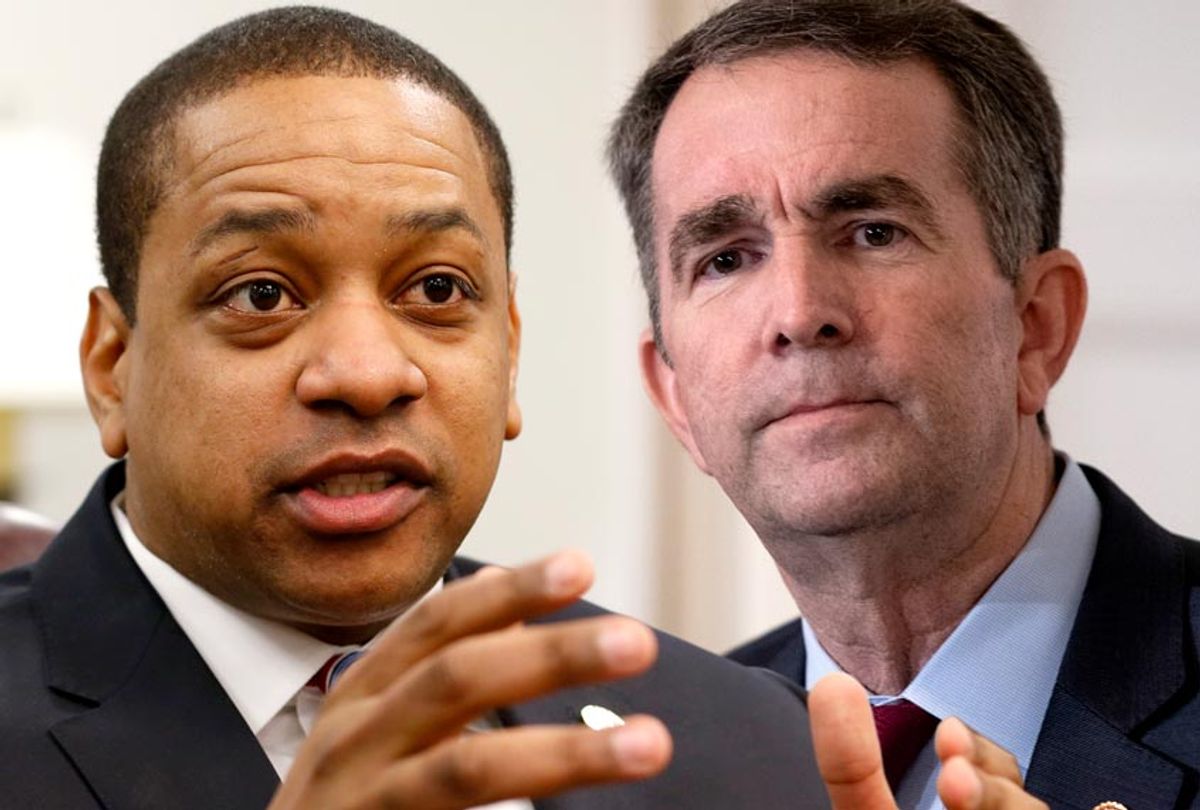 Virginia Gov. Ralph Northam met with his senior advisers shortly before the Super Bowl on Sunday in order to discuss his political future. Many Virginians, and many Democrats around the country, have already written him off as a politically unsustainable executive.

During the unscheduled senior staff meeting, Northam met with a number of his top officials to discuss whether he should heed widespread calls from both parties for him to step down, according to the Washington Post. It is unclear what advice he received from the group, which reportedly included some people of color. It appears Northam had not reached a final decision about his political future by the time the meeting had ended.

Although the Virginia governor had insisted throughout the weekend that he would not resign, that option clearly remains on the table. The scandal surrounding Northam involves a photograph from his 1984 medical school yearbook page in which two people can be seen, one in blackface and the other in a Ku Klux Klan-style robe and hood. After initially saying that he appeared in the photograph, Northam now claims that neither of the two people is him, although he has admitted to darkening his face on another occasion for a Michael Jackson dance contest.

Prior to the meeting, Northam spent the day secluded in his family home on Virginia's Eastern Shore discussing the fallout from the photograph's public exposure. His wife, Pam Northam, has reportedly urged him to stay in office and fight the accusations of racism and insensitivity.

One person who apparently did not attend Sunday's meeting was Lt. Gov. Justin Fairfax, who would replace Northam if the latter resigns. The 39-year-old Fairfax would become the second African-American governor in Virginia history of the state, and has already established himself as a rising Democratic star by taking stances against honoring Confederate leaders like Gen. Robert E. Lee, according to NPR.

"We still have much work to do. We are far from the concept of a post-racial society," Derrick Johnson, president of the national NAACP, told USA Today about the fallout from the Northam photograph scandal. "Individuals and political parties have used race as a tool. The overarching question for us as a nation is: When are we going to address it – the issue of intolerance and racism and not seek to sweep it under a rug that can never cover it up?"