Sarah Sanders downplays probe of Trump’s inaugural committee: "Nothing to do with the White House"

"I think the common thread is a hysteria that this president became president,” Sanders tells CNN's John Berman 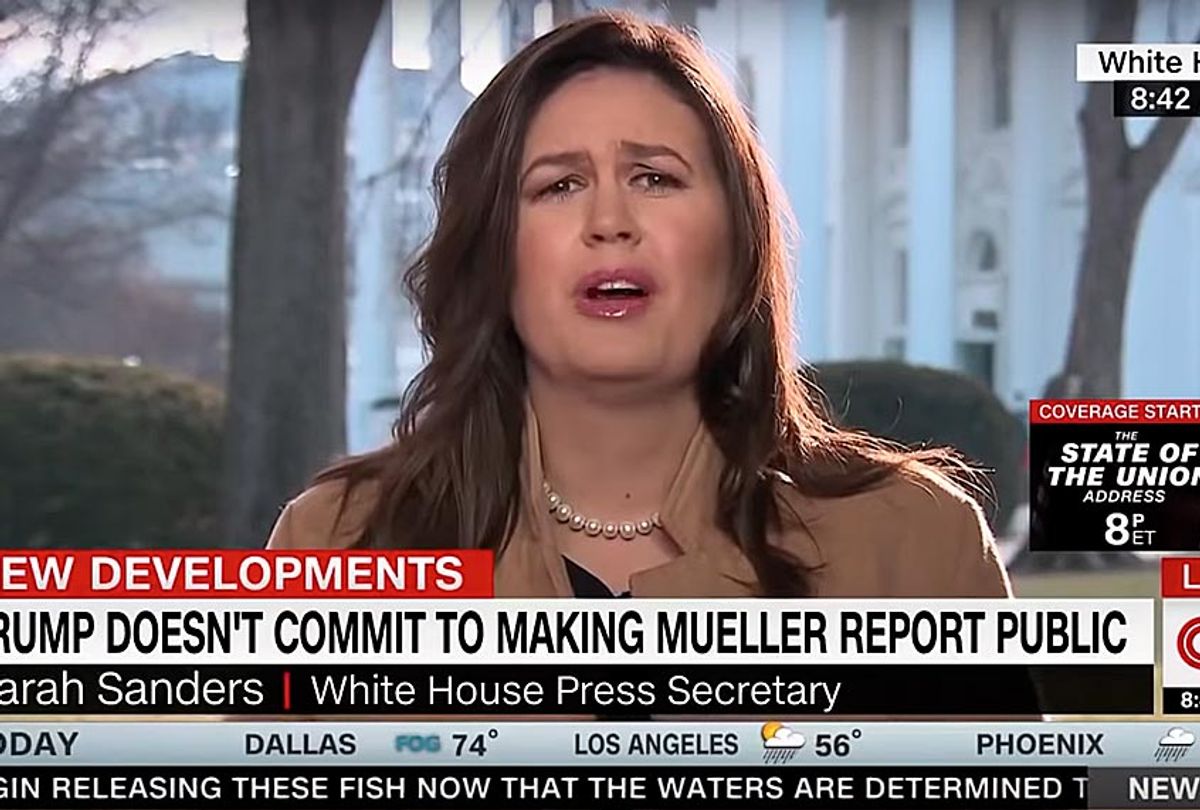 On Monday, prosecutors with the U.S. Attorney for the Southern District of New York subpoenaed President Donald Trump’s inaugural committee, demanding a sweeping cache of legal and accounting documents on donors, vendors and finances, as part of a deepening criminal investigation.

When asked about this investigation on CNN by John Berman, White House Press Secretary Sarah Huckabee Sanders tried to dismiss it as irrelevant to the president.

“Are you confident that no one performed any illegal actions on the president’s inaugural committee?” asked Berman.

“Look, I’m reading the same reports you are this morning, and gathering that information what I do know at this point is this has nothing to do with the Trump White House,” said Sanders.

Berman pushed back. “The inaugural committee is absolutely separate from the White House. The notion, though, that it has nothing to do with the White House … it has something to do with the person who sits in the Oval Office, in that President Trump, it was his inauguration, it was his campaign that there are so many investigations and questions with now. His transition, which is investigated, the Trump Organization being investigated et al. He is a common thread, to an extent, in all these investigations, is he not?”

“Actually, I think the common thread is a hysteria that this president became president,” said Sanders.