What to watch this week: "One Day at a Time" returns and "Boomerang" premieres 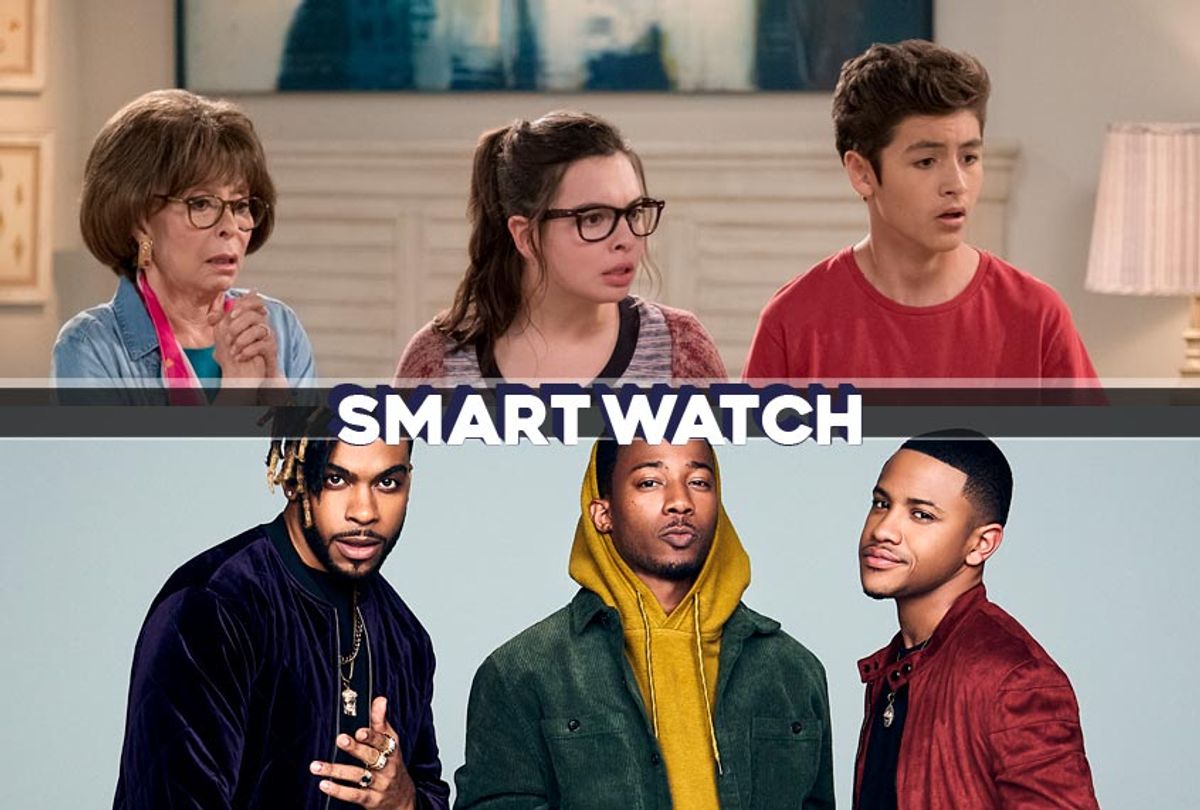 “One Day at a Time,” currently streaming on Netflix

Eat-your-vegetables television may win awards but not huge audiences. “One Day at a Time” is not that, mind you. But it is definitely nourishing in the best sense of that term, the kind of show that coaxes forth easy laughter and just as reliably, wrings honestly-earned tears from viewers.

Traditional multi-camera sitcoms aren’t supposed to do this, save for the Very Special Episode or two networks used to save for sweeps back in the day. But the reason Gloria Calderon Kellett and Mike Royce’s reboot of Norman Lear’s late-’70s classic sitcom works today is that it treats every half-hour as “very special” because, as the title song lyrics say, this is life, the one you get.

And at the season 3 mark the presumption is that the audience understands this. Anyone can drop in on the Alvarez family and connect to the adventures and trials of Penelope (Justina Machado), a single mother and Army veteran raising her teenage kids Elena (Isabella Gomez) and Alex (Marcel Ruiz) with her mother Lydia (Rita Moreno) lending assistance and excitement.

Netflix’s binge-friendly platform makes it easy to devour the entire show from the start, though, which you should. That’s the only way to comprehend the passion for this series, a joyful dance through heated social and political issues including PTSD, psychological wellness and the economic challenges faced by women saddled with raising children and caring for aging parents on one income.

Along the way “One Day at a Time” takes on cultural appropriation, immigration and yes, even flirts with how we process death. Somehow Calderon Kellett and Royce take our hand through all of this without any episodes ever becoming too ponderous to bear. These are meaty topics, to be sure. But never does the viewer feel force fed as we experience them.

So we step into season 3 — one hard fought for by a social media campaign, don’t forget — with the understanding that amidst the laughter are hidden a few moments destined to shock and take one’s breath away.

Some of that is due to the planned fabulousness of key scenarios, mainly Gloria Estefan’s cameo in the opening episode, in which she and Moreno square off and strike sparks to extraordinary effect -- joined, we should add by, playful cameos from “Brooklyn Nine-Nine” stars Stephanie Beatriz and Melissa Fumero.

Mainly, however, these episodes pick up threads left dangling from previous seasons, such as Elena and Alex’s father Victor (James Martinez) coming to terms with his vehemently negative reaction to Elena’s coming out in the first season, when he broke her heart.

A step beyond this, however, are this season’s through-lines, narratives expanding the series’ ongoing examination of mental health and coping mechanisms. Into this mix comes a subplot centered upon Schneider (Todd Grinnell), part of the Alvarez clan’s circle of chosen family, whose sobriety struggles pull him under over the course of several episodes, and a tangential storyline involving Alex and his newfound love affair with cannabis, a discovery that horrifies Penelope.

The writers’ fearlessness with refining artistry out of a stalwart format that has been dismissed in recent years displays beautifully in these new episodes. Besides, anyone who still thinks old-school multi-camera comedies lack profundity and appeal are invited to drink in Moreno’s on-screen presence, and take joy in how well she plays along with Stephen Tobolowsky’s Dr. Berkowitz, Penelope’s boss who is also besotted with her.

From the standpoint of visual creativity, no episode conveys the best of what this series has to offer this season better than “Anxiety,” a very simple exercise that recreates Penelope’s struggles with panic attacks by bleeding the color out of the frame as she imagines the world around her transforming into a blame-filled battle zone. The writing ensures it's not a mere trick of editing but a demonstration of the movie playing in a sufferer’s mind as she’s falling apart.

And there’s a purpose to this beyond whipping up the dark murmurings of Penelope’s internal dialogue for dramatic effect: her attitude towards her own mental health is creating a bow wave impacting the lives of her loved ones.

None of this is handled lightly, and yet “One Day at a Time” manages to keep the audience invested and genuinely laughing at the same time. Not many comedies can balance the opposing forces of comedy and drama with such ease; but then, most other comedies simply aren’t as successful, let alone as grounded.

The 1992 feature film “Boomerang” was very much of its time, and in light of recent conversations about gender politics, didn’t age incredibly well. And yet it still engenders affection among some. Lena Waithe, the creator of “The Chi,” saw enough potential in its premise to spin a series sequel out of it that picks up 25 years after the final frame of Reginald Hudlin’s romantic comedy.

Within the implied happily-ever-after for Marcus Graham and Angela Lewis (Eddie Murphy and Halle Berry, who co-executive produces the series along with Waithe) is the start of a new chapter for their daughter Simone (Tetona Jackson). As she strikes out on her own and struggles to escape her father’s long shadow, her cohort Bryson Broyer (Tequan Richmond), the son of Jacqueline Broyer (played by Robin Givens in the film), attempts to climb the corporate ladder at the marketing firm where he still works.

The set-up is incidental here, since the thrust of the action circles around Simone and Bryson’s respective groups of friends. Bryson’s friends Ari (Leland Martin) and David (RJ Walker), and Simone’s girls Tia (Lala Milan) and Crystal (Brittany Inge), are all attempting to find the middle ground between career stability and freedom, and establish boundaries and expectations on the relationship front.

Simone in particular is coming to terms with the challenges and judgment that come with being a driven, outspoken woman choosing career over traditional expectations for her to settle down and have children. It costs her male companionship, ostensibly, but it also creates a boldness in her that’s both envied and admired by Bryson and his cohorts.

Using the architecture set in place by “Boomerang,” Waithe has created about black Millennials a show that addresses the issues specific to the lives of black professionals but in ways that are universal. The humor has a gentle bite to it, augmented by Jackson and Richmond’s inquisitive friends-that-could-be-more energy permeating each episode.

And while it’s not a home run out of the gate, there’s a lot to like about the show — enough, anyway, to keep up the chase.