Is America heading into another recession? Economic clouds look darker ahead

With corporate profits expected to drop, analysts suggest Trump's fiscal policies may lead to a downturn 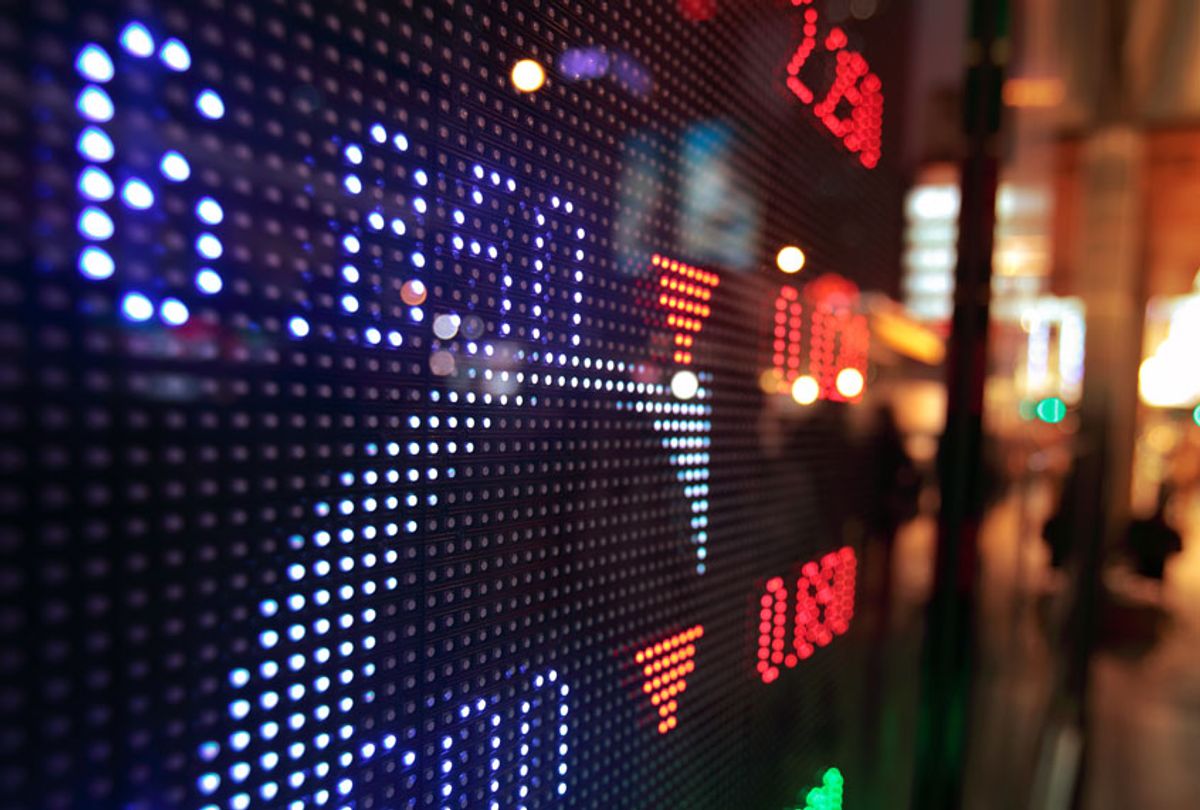 While President Trump is determined to tout the strength of the economy, recent metrics suggest that a recession could be in the offing.

Analysts are expecting corporate profits in the S&P 500 to drop by 1.7 percent compared to the same period last year, even though it had initially been projected to rise by 3.3 percent by the same analysts, according to The New York Times.

Corporate profits do not always correspond to overall economic growth, but can be an important determinant. For instance, when corporate earnings increased by 20 percent in the first nine months of 2018 compared to the same period in 2017, the S&P 500 experienced record highs. Since corporate profits continued to rise in the final quarter of 2018, economists believe a recession may have been averted, even though not all fourth-quarter results have been disclosed yet. They are currently expected to rise by about 13 percent from 2017.

"If the economy does slow, the big issue is the lack of scope for countercyclical policy," Dr. Michael Mandel, chief economic strategist at the Progressive Policy Institute, told Salon by email. "President Trump's fiscal policy has been the opposite of prudent, leaving the federal government with big budget deficits that are very high by historical standards. That means it will be much harder for policymakers to cushion a downturn. Trump's policies have put ordinary Americans at risk of a deeper recession."

The Times article elaborated on why the current numbers could be ominous for American companies:

But profits are now under pressure on multiple fronts, and there are no new tax cuts to cushion the blow — an ill omen for the stock market, if not the broader economy. Rising costs and a slowing global economy, in particular in China, have caused many S&P 500 companies to reduce their profit outlooks for 2019.

That is especially true among technology companies. Analysts expect them to report a nearly 10 percent decline in profits in the first quarter, the biggest decline of any sector in the S&P 500.

Trump has repeatedly made it clear that he sees the state of financial markets and corporate profits as linked to his presidency. This has sometimes caused him to make controversial decisions: In December, Treasury Secretary Steven Mnuchin apparently called the CEOs of several large banks, likely at the president's behest, declaring afterward that the banking execs had "confirmed that they have ample liquidity available for lending to consumer, business markets, and all other market operations" and had not "experienced any clearance or margin issues" that might affect the functioning of the markets.

Mnuchin's letter was seen as peculiar. No one had publicly questioned the financial health of the big banks, and such a statement of reassurance would normally only be issued amid a fiscal or economic crisis. Pundits speculated that Mnuchin was either operating on direct orders from Trump or was seeking to reassure his boss that markets would not crash because of the government shutdown. If a recession is really on the way, they will both have more reason for legitimate concern.