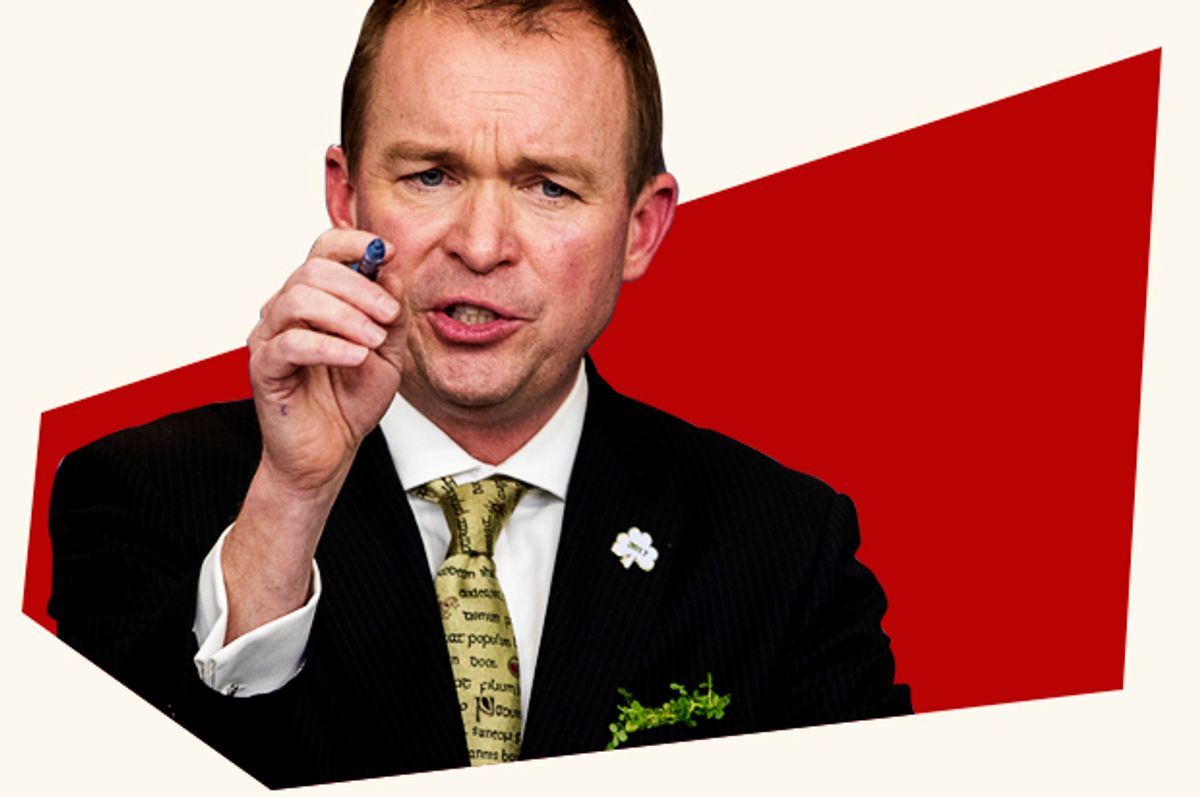 President Trump's advisers have reportedly hatched a plan that would shift money from disaster relief and housing for military families to fund his proposed border wall, after Congress rebuffed his demands once again.

Trump is expected to sign a spending bill to avert another government shutdown after a bipartisan group of lawmakers reached a deal that would give him $1.375 billion for a border barrier, CNN reported, well below the $5.7 billion he has repeatedly demanded.

Despite saying that he was “unhappy” with the deal, Trump declared on Twitter that he expects the congressional funds to be “hooked up with lots of money from other sources” and predicted he will get “almost $23 billion.”

According to a report from Politico, acting White House chief of staff Mick Mulvaney and top budget officials have come up with a plan that would allow Trump to go around Congress to funnel money toward the proposed wall.

The plan is to use executive powers to redirect money set aside for two Army Corps of Engineers flood control projects in California, as well as relief funds for that state and for the U.S. commonwealth of Puerto Rico, toward the wall. The plan would also use unspent Defense Department funds intended for constructing housing for military families and military base infrastructure to fund the wall.

Mulvaney hinted at the plan during an appearance on NBC News’ “Meet the Press” Sunday.

“There are certain sums of money that are available to the president, to any president,” Mulvaney said. “So you comb through the law at the president's request ... And there's pots of money where presidents, all presidents, have access to without a national emergency.”

But even White House aides question the strategy, Politico reported. Though such a move would presumably avert the need to declare a national emergency, advisers have argued that the plan may be even more likely to be challenged and overturned in court.

The plan has also irked some top Republicans. Sen. Jim Inhofe, R-Okla., who chairs the Armed Services Committee, spoke out against Trump using Army Corps of Engineers and military construction funding for the wall.

"These are two bad choices,” Inhofe said Tuesday, while adding that he is more opposed to military construction funds being used.

Republican angst about the plan signals that Trump may encounter problems from certain interests that he did not previously envision, said Jim Dyer, a former staff director for the House Appropriations Committee.

“It will create a firestorm, once you start taking money that congressmen think is in their districts,” Dyer told Politico. “You will cause yourself a problem if that money was directed away from any type of project or activity because I guarantee it has some constituency on Capitol Hill.”

Politico also noted that Trump may have intentionally targeted relief funds for California and Puerto Rico to avoid angering Republicans in Texas by tapping money for Hurricane Harvey relief.

A Republican close to the White House suggested that Trump is so much interested in getting his wall fully funded as in appearing to make progress on his signature campaign promise.

“My guess is the president ends up using executive authority to try to reprogram funds,” the unidentified Republican told Politico. “Then, in the coming months through some form of military funds, they start building parts of the physical barrier. He can start claiming that, despite Democrats’ intransigence, he has done something on the wall.”

This desperation for a political win on the wall was on full display during the president’s rally Monday evening in El Paso, Texas, where Trump corrected supporters chanting “build the wall.”

“You mean finish the wall,” Trump told his fans, once again echoing his repeated false claim that the wall is already being built.

To be clear, not a single new mile of wall has been built since Trump took office, according to the New York Times. Given the White House’s own concerns about Mulvaney’s plan, it’s unclear that Trump’s new gambit will result in anything different.