By passing a bill that ends U.S. involvement in the Saudi war on Yemen, House Dems back Trump into a corner 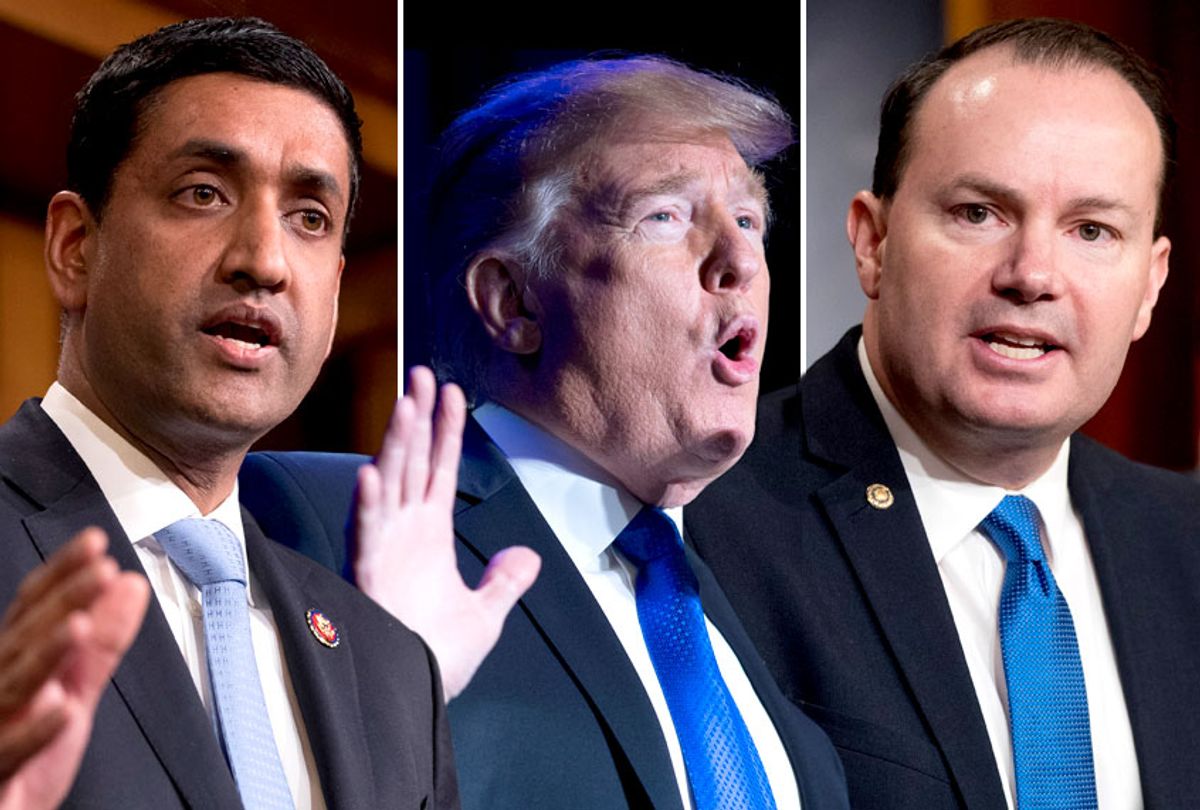 A bill that would end U.S. support for Saudi Arabia's war against Yemen could force President Donald Trump to exercise the first veto of his presidency — and, in the process, raise questions about his willingness to place American interests over those of a foreign government.

The bill is expected to pass in the House of Representatives on Wednesday before moving on to the Senate, where it is also likely to pass, according to Politico. The bill's success was largely due to the efforts of Rep. Ro Khanna, D-Calif., who has long been an outspoken opponent of America's support for Saudi Arabia in its bloody and controversial campaign against Yemen.

"No one was willing to do it because they don’t want to be Dennis Kucinich, introducing these things that are not going anywhere," Khanna told Politico, referring to the famously anti-war Ohio congressman and former presidential candidate.

One big unanswered question is whether Trump is willing to sign will the bill. The president has continued to support the Saudi government even after the murder of Washington Post journalist Jamal Khashoggi, which U.S. intelligence agencies believe was ordered by Saudi Crown Prince Mohammed bin Salman. Trump's son-in-law and close adviser Jared Kushner is reported to have a close relationship with the prince.

"I also am hopeful the president may sign it. I know it’s uphill still," Khanna told The Hill. "You can’t be for withdrawal in Afghanistan and withdrawal in Syria and then say we need to escalate the war in Yemen. It just doesn’t make sense."

Khanna also insisted that he does not want this to become a political issue, telling The Hill that "I don’t want to politicize the issue. The issue is not to score points against the administration or make this a Democratic or Republican issue. The issue is: What can the United States do to avert a famine that could affect 14 million people?"

In an interview with Salon published earlier this month, former Secretary of State Madeleine Albright discussed the humanitarian tragedy of America's support for Saudi Arabia in that country's war against Yemen:

I don’t know why the Yemen thing has not attracted more attention because it really is a huge tragedy, A proxy war between Iran and Saudi Arabia is being played out on the heads, literally, of the Yemenis. The part that I find truly horrible is that some American military equipment is actually being used ... in Yemen. I think it’s awful that we’re not paying attention to the humanitarian aspect of it.