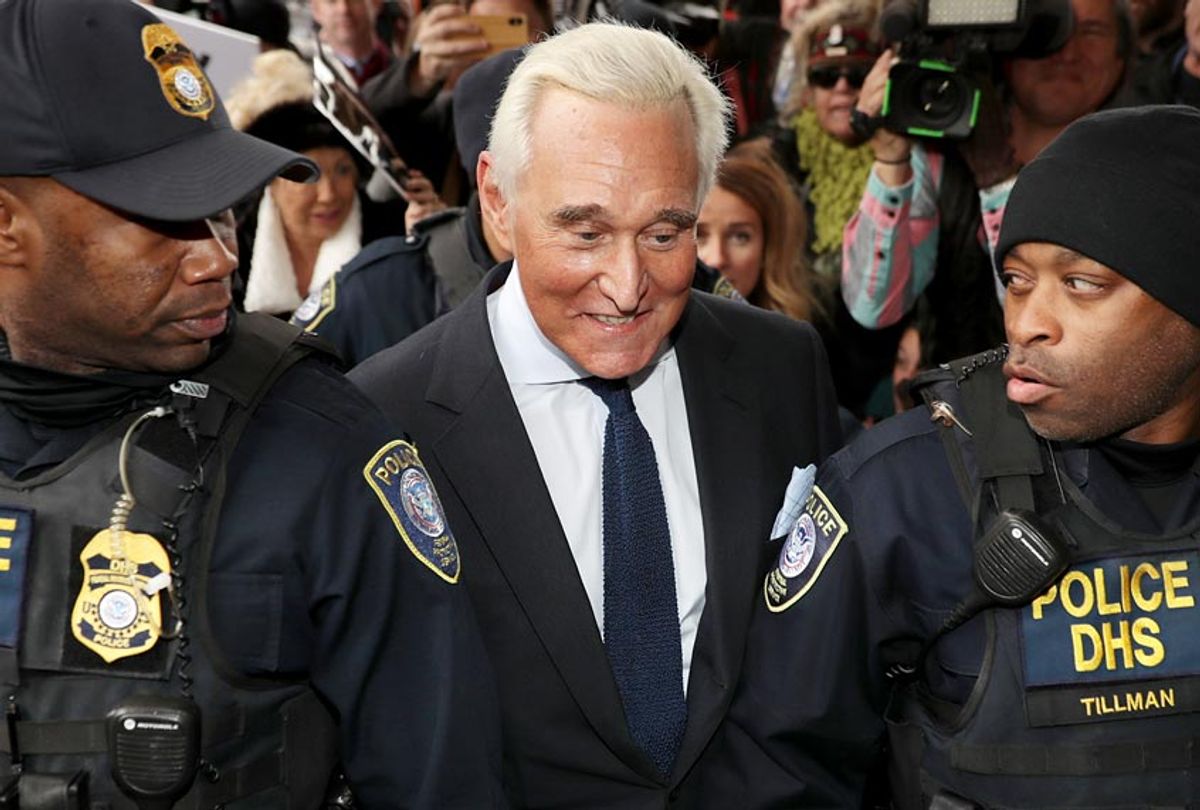 Roger Stone tried to attack special counsel Robert Mueller by accusing the Justice Department of tipping off reporters to his arrest — but his effort quickly fell apart.

The Republican “dirty trickster” and longtime friend of President Donald Trump was arrested Jan. 24, and Stone — along with the president and acting attorney general Matt Whitaker — have suggested the Justice Department shared information with a CNN camera crew that was outside his Florida home.

Stone’s attorneys filed court documents showing a CNN reporter texted them, with a copy of the indictment attached, at 6:22 a.m. the day of the arrest.

The attorneys claimed in the filing that the indictment was still sealed at that point.

The reporter indicated that the copy of the indictment came from the special counsel’s office, which Stone and his attorneys have suggested was improper.

However, the special counsel’s office publicly released the indictment and posted it on the Justice Department’s website by 6:17 a.m.

CNN producer David Shortell said the camera crew waited outside the house based on a “reporter’s instinct” that he could be arrested, based on Stone’s expectation that he would eventually be indicted and unusual grand jury activity the day before.