Do Facebook and Google need to be broken up? 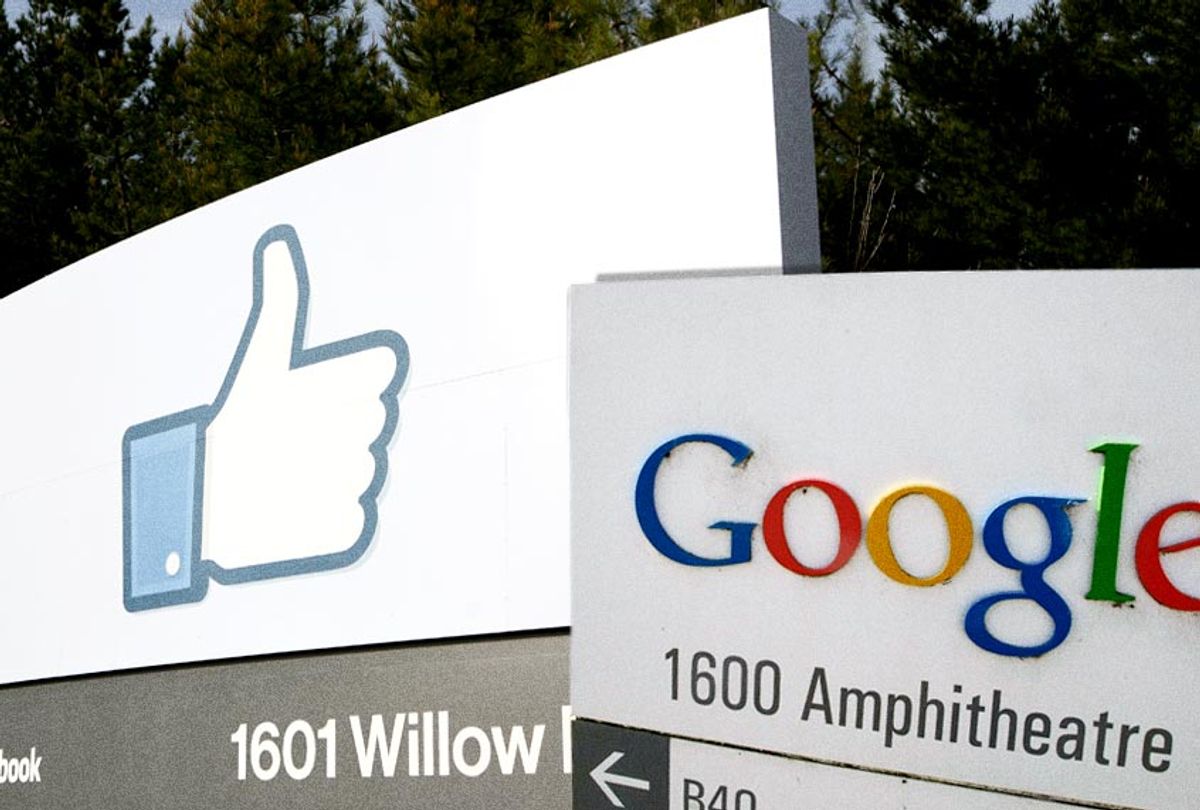 It's hard to believe that, as recently as two years ago, there was serious talk of Facebook CEO Mark Zuckerberg running for president. Regardless of whether one supports his idea for a universal basic income, a strong argument can be made that a President Zuckerberg would have been the single most powerful human being to ever live. He would have controlled the world's mightiest superpower and a social media platform that provides him with intimate personal details of around one-third of the world's population while controlling their access to information.

I make this point because, while any incipient Zuckerberg presidential campaign has been thwarted by the endless controversies surrounding Facebook's role in the 2016 election, the sheer power of both that platform and the search engine Google — the most visited website in the world — give them considerable control over a number of businesses. This is something that people in my industry know firsthand: When Facebook or Google decide to change their algorithms, those of us who work in the media immediately worry that our employers will be hurt and our jobs will be on the line. Such was the case, for instance, when Facebook changed its algorithm in 2018, resulting in many layoffs of editors and journalists.

Nor is the awe-inspiring power of these companies limited to the media industry. In November, antitrust regulators from the European Union asked Google's rivals whether they had sound reason to believe that the search engine unfairly demoted local search competitors, according to Reuters. At that time, the web giant had already been fined a total of 6.76 billion euros — equally $7.7 billion — since 2017 for actions that gave its comparison shopping service and search engine unfair power over the market. Other companies like Yelp have also complained that Google has altered its algorithms in order to put them at an unfair disadvantage.

This raises an important question: Can companies like Google and Facebook be held accountable from an antitrust standpoint?

"I’m not sure the prospects are really very attractive for people who are worried about the tech-platforms power," Georgetown University professor Mark MacCarthy told Salon. "At least, in terms of traditional antitrust review, that many of the concerns that have been raised about the big technology companies say that is precisely that they’re big, that they’ve large market shares, so they have a lot of information or whatever."

He added, "Under the antitrust laws, it’s not a violation to be large, to be successful and to have sort of want a competition in the market place providing you have engaged in anticompetitive conduct, either to obtain or to maintain that dominant position, so that the real question is what’s the conduct that it so much to be a problem. That I think is the only way you’d have to focus."

Franklin Foer, a staff writer for The Atlantic, expressed similar thoughts to Salon.

"The core problem is that anti-trust, over the course of the decades, has withered and narrowed and lost any sense of imagination, and so as a moral matter it would seem to me, and as a moral economic political matter, Google and Facebook are too powerful. They should be held to account by anti-trust," Foer explained. "In the past, the FCC walked straight up to the ledge of going after Google but lost its nerve in the Yelp case which I think is actually an important and instructive one because it reflects, in a way, the same problem that you’re describing."

He added, "Yelp was a company that was totally dependent on Google for its viability, and then when Google changed its rule and tried to advantage itself on its own platform, Yelp was really hurt."

"This is a complicated question and the answer might be different than United States and European Union," Fox explained. She noted that "the European Union is much more sympathetic to actions for abuse of dominance. In their Google case, in their Google shopping case particularly, they find that it is an offense for Google because it has so much power and is in their view dominant. It is an offense for Google to be discriminating in favor of its own. Basically, that's what it's doing when it changes the algorithm on you, it's changing the algorithm on everybody except itself. It's profiting by the change and it has the control of life or death over everybody who was on its platform."

Foer echoed Fox's observation, drawing parallels between the experiences of journalists in the Google/Facebook age and the international economy in general.

"I feel like the problem that journalism is experiencing with Google and Facebook, it’s a broader economic problem which is that we’ve developed these platforms on which everybody else is dependent, and that dependence is ultimately harmful to the world because whatever Facebook and Google decide is most important at any moment then becomes the thing that’s most important for everybody else," Foer explained. "Their values become the values of everyone who depends on the platforms, and that’s problematic."

He added, "Then, when there’s any chance for Google and Facebook to give themselves a leg up in that in environment, when their profit comes at the expense of everybody else’s health, they’ll do the thing that’s most advantageous for themselves which is understandable, but it’s too much power."

While we can breath a sigh of relief that at least one of those companies won't enhance its power even more by having its CEO serve as President of the United States, that is a small consolation in a world where the livelihoods of millions — this writer included — can be taken away by a few keyboard strokes. There may not be a strong legal case against breaking them up, but morally the argument is obvious.