The $1 million total is made up of donations from people in all 50 states, Sanders' presidential campaign adds 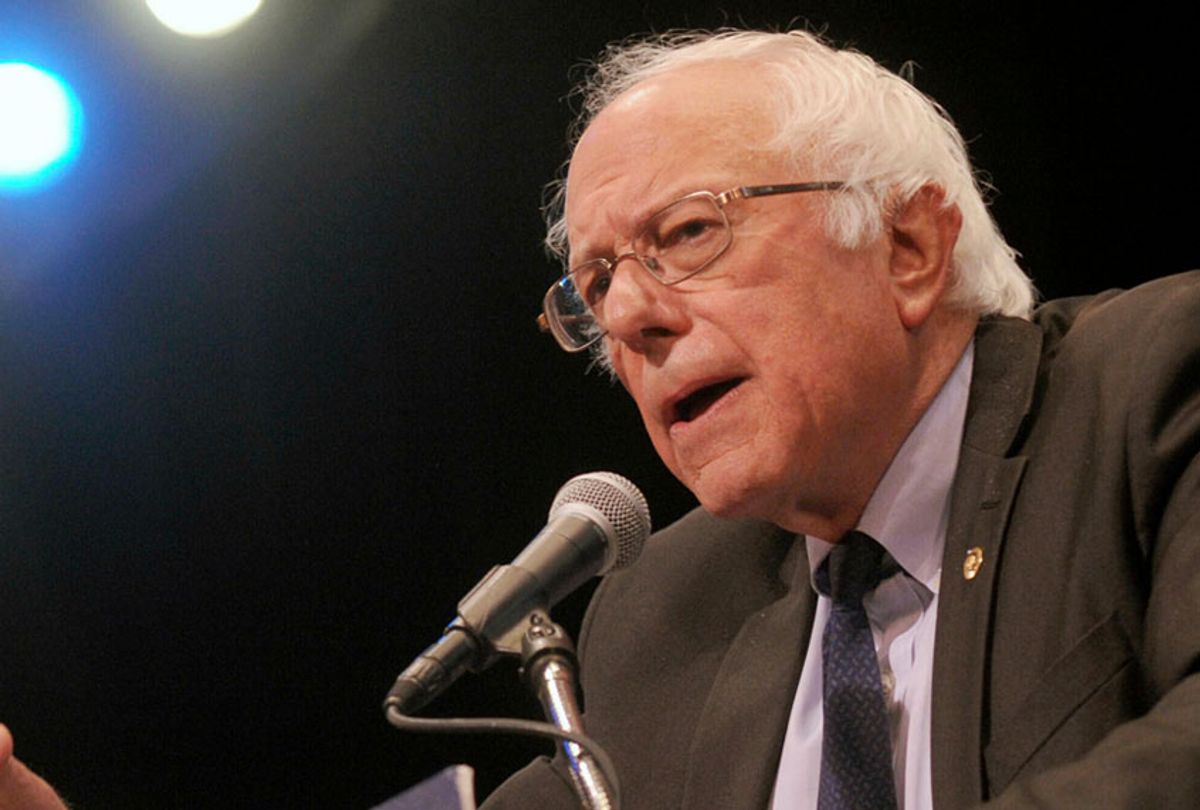 Sen. Bernie Sanders (I-Vt.) raised $1 million less than four hours after he announced that he was forging a second bid for the Democratic presidential nomination in 2020, propelling him well ahead of rival contenders who launched bids with significant financial support.

The $1 million total is made up of donations from people in all 50 states, according to Sanders' campaign. The early eye-popping sum raised by the senator from Vermont puts him on track to leapfrog the $1.5 million his campaign raised in the first 24 hours after announcing his White House run in 2015. (The Sanders campaign's fundraising announcement on Tuesday could not be independently verified by Salon. The campaign will be required to file its first fundraising report with the Federal Election Commission at the end of March.)

In January, another 2020 hopeful, Sen. Kamala Harris, D-Calif., raised about $1.5 million from more than 38,000 people in all 50 states in the first 24 hours after announcing her candidacy, according to her campaign. The average donation to Harris' campaign was $37, her campaign said. Sen. Amy Klobuchar, D-Minn., who threw her hat into the 2020 race earlier this month, raised more than $1 million in the first 48 hours of her candidacy, her campaign announced. (As with Sanders, a full campaign finance report for Harris and Klobuchar won't be available until later this year to independently verify the total amounts raised.)

Meanwhile, Democratic Sens. Cory Booker of New Jersey, Kirsten Gillibrand of New York and Elizabeth Warren of Massachusetts did not see similar fundraising spikes when they mounted their campaigns — but each has millions of dollars in their Senate campaign accounts that they could transfer into a presidential campaign account. Warren had about $11 million in her 2018 election campaign war chest at the start of the year; Gillibrand had about $10 million; and Booker's campaign had about $4 million at the end of 2018, according to the Federal Election Commission.

Sanders has established himself as a national figurehead for socialist ideas by pushing proposals including a "Medicare-for-All" healthcare system, combating climate change through a "Green new Deal," a $15-an-hour minimum wage, tuition-free college and university, criminal justice reform, paid family leave, gender pay equity and breaking up the largest Wall Street banks, his aides told The Washington Post. He has also pledged not to accept money from special interests or corporate PACS. (Sanders, however, did accept cash from some PACs.)

"I'm running for president, because we need to make policy decisions based on science – not politics," Sanders wrote in an email to supporters on Tuesday. "We need a president who understands that climate change is real – is an existential threat to our country and the entire planet – and that we can generate massive job creation by transforming our energy system away from fossil fuels to energy efficiency and sustainable energy."

Several Democrats in the 2020 race, including Warren, Harris and Booker, have embraced some of Sanders' progressive ideas, suggesting the success of his White House bid this time around may depend on whether voters believe he is the best messenger for the ideas he helped popularize among progressives.

"Make no mistake about it: The powerful special interests in this country have unbelievable power, and they want to maintain the status quo. They have unlimited amounts of money to spend on campaigns and lobbying and have huge influence over the media and political parties," Sanders told supporters in an email Tuesday. "The only way we will win this election and create a government and economy that works for all is with a grassroots movement — the likes of which has never been seen in American history."