"Together, we will channel our common pain back into our common purpose," Booker says in his first campaign video 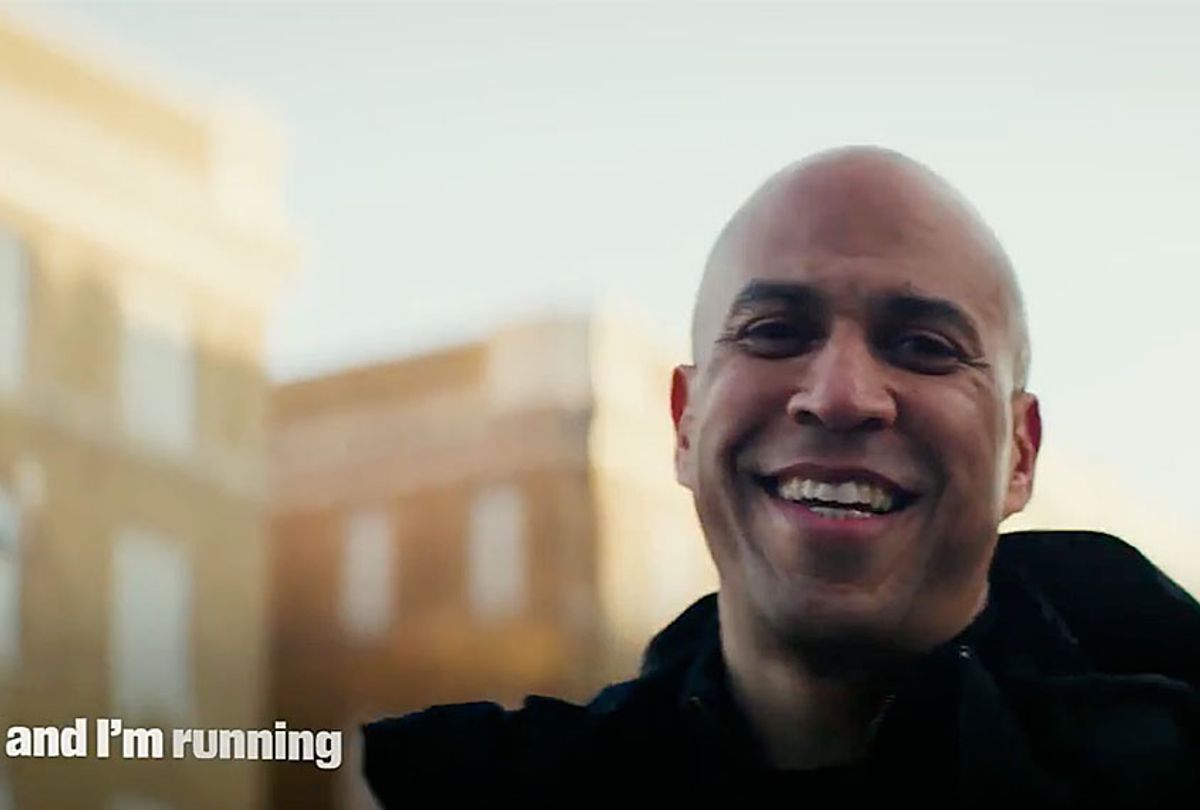 Cory Booker is running for president in 2020. The New Jersey senator's announcement on Friday coincides with the first day of Black History Month.

"I believe that we can build a country where no one is forgotten, no one is left behind . . . where we see the faces of our leaders on television and feel pride, not shame," Booker says in his first campaign video. "Together, we will channel our common pain back into our common purpose. Together, America, we will rise."

Booker joined what is expected to be a very crowded and diverse list of Democratic candidates that already includes California Sen. Kamala Harris (the first Indian-American woman to serve in the upper chamber), Hawaii Rep. Tulsi Gabbard (the first and only Hindu elected to Congress) and former secretary of Housing and Urban Development Julián Castro (Latino). In addition, fellow Sens. Bernie Sanders (I-VT.) Kirsten Gillibrand (D-N.Y.), Elizabeth Warren (D-Mass.) and Sherrod Brown (D-Ohio) have noted their Oval Office ambitions. Former Vice President Joe Biden, former Rep. Beto O'Rourke, who fell short in his campaign against Republican Sen. Ted Cruz in the Texas Senate race during the 2018 midterm election cycle, and South Bend mayor Pete Buttigieg, who is openly gay, have also hinted that they are weighing a White House bids — and these names are far from the complete list.

Booker plans to visit the crucial early presidential primary states. He will head to Iowa the weekend of Feb. 9, then to South Carolina and New Hampshire over the following week, according to his campaign. Like Harris, Booker has vowed not to take money from corporate PACs or lobbyists. He also opposes super PACs supporting any candidacy.

The Iowa caucuses will take place nearly a year to the date of Booker's announcement on Feb. 3, 2020.

The 49-year-old lawmaker made history in 2013 as the first black senator from New Jersey. He grew up in the Garden State and served as mayor of Newark, where he currently lives, from 2006 to 2013.

Booker has emerged as a force to be reckoned with in the Senate. The rising Democratic star drew national attention for the pointed questions that he asked Brett Kavanaugh, who had been accused of sexual assault, before his confirmation to serve as an associate justice on the U.S. Supreme Court. He also gained nationwide media attention after he delivered an impassioned speech on Trump's history of racist comments, the hate crimes they may have helped inspire and the complicity of his administration during a Senate hearing last year.

"I sit here right now because when good white people in this country heard bigotry or hatred, they stood up," Booker told Department of Homeland Security Secretary Kirstjen Nielsen, referring to her failure to recall and criticize Trump’s alleged "s**thole" remarks. "What went on in the White House, what went on in the Oval Office, is profoundly disturbing to me."

"Why is this so important? Why is this so disturbing to me? Why am I frankly seething with anger?" Booker said at the time. "We have this incredible nation where we have been taught that it doesn’t matter where you’re from, it doesn’t matter your color, your race, your religion, it’s about the content of your character. It’s about your values and your ideals."

Booker's policy proposals have included calling for criminal justice reform, such as reduced sentences for nonviolent offenders, and combating climate change by advocating for an expansion of clean energy. He is a supporter of the Green New Deal and embraced Sanders' call for "Medicare for All" and a $15 minimum wage, like fellow Democratic contenders for the 2020 presidential nomination — Harris, Warren and Gillibrand.

Booker has been come under scrutiny for his perceived defense of the powerful pharmaceutical industry. In 2017, he voted against a Sanders-authored amendment to a budget resolution that called for the importing of lower-priced prescription drugs for foreign countries, including Canada. Booker insisted he supported importing the cheaper drugs but claimed he voted against the legislation because it didn't include safeguards for consumers. A month later, however, he supported a similar measure after he took heat from progressive activists, saying he had been able to add various safety provisions to the measure.

Liberals have also egged on the senator for having ties to Wall Street, Silicon Valley and Hollywood. He has received more than $2.6 million from the securities and investment industry, according to the Center for Responsive Politics, a campaign finance watchdog organization. In 2013, Booker's Senate campaign was boosted by a super PAC funded by a few wealthy donors, with almost half its money coming from hedge fund executives, according to the Center for Public Integrity. In 2014, during his first reelection campaign, Booker was the single biggest recipient of financial firm contributions, according to CNBC.

The New Jersey senator appears to have been floating the possibility of running for president in 2020 for a while.

"Of course the presidency will be something I consider," Booker told New York Magazine in September. "It would be irresponsible not to."