Joe Biden hints at 2020 run: "I'm the most qualified person in the country to be president" 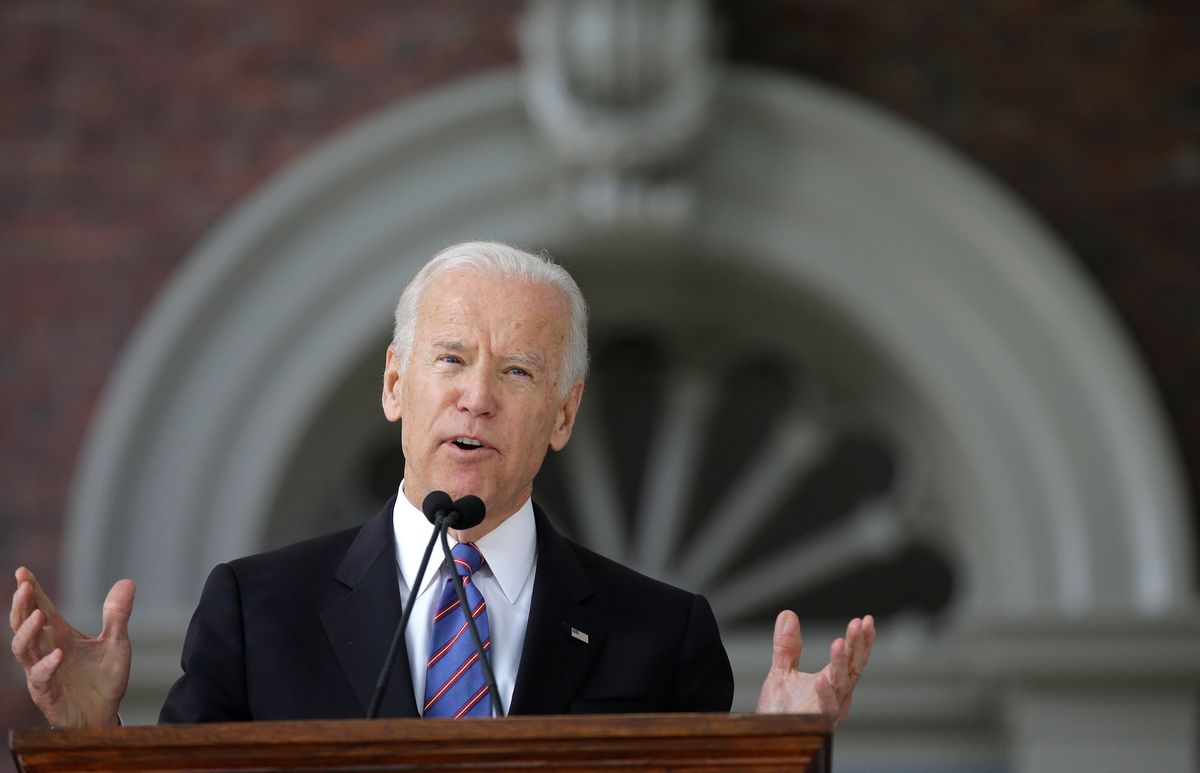 During a stop for his book tour on Monday night, former Vice President Joe Biden discussed his Oval Office prospects, asserting his belief that he is the "most qualified person" to serve as the nation's president.

"I think I'm the most qualified person in the country to be president," Biden said to applause at the University of Montana, according to The Missoula Current.  "The issues that we face as a country today are the issues that have been in my wheelhouse, that I've worked on my whole life — the plight of the middle class and foreign policy."

Biden said that his family must now decide as a "unit" whether or not they are prepared to enter the 2020 presidential race, even as he contended that his strengths as a potential presidential candidate far outweigh any perceived shortcomings. He said that his decision would come in the next six week to two months, according to a CNN report.

"I have two young grandchildren my son left who love me and adore me and want me around," Biden said in Missoula, Montana. "I want to be there to take care of them, so we've got to figure out whether or not this is something we can all do as a family."

Biden was asked about some of the reasons people might come up with for opposing his campaign, including his age and his reputation for verbal gaffes. Before defending some of those points of contention, Biden said that none of that fazed him.

"I may be a gaffe machine, but my God, what a wonderful thing compared to a guy who can't tell the truth," he said. "No one doubts what I say. The problem is I sometimes say all that I mean. The question is: What kind of nation are we becoming?"

"Whether or not I run – whoever runs – I'm going to break my neck to make sure they win," he continued. "We can't have four more years."

Biden's comments came during a stop for his 2017 memoir, "Promise Me, Dad," in which he chronicles how the death of his eldest son, Beau, from brain cancer, kept him out of the 2016 presidential race. He postponed a second stop on the book tour, which was scheduled in the Dallas area Tuesday, to attend memorial services in Washington for former President George H.W. Bush, who passed away late Friday at the age of 94.

The former vice president is just one of many names being floated as a potential challenger to Trump in what is expected to be a very crowded Democratic field in 2020. Should Biden decide to run, he would likely face competition for the Democratic nomination from Sens. Cory Booker (D-N.J.), Kamala Harris (D-Calif.), Bernie Sanders (I-VT.) and Elizabeth Warren (D-Mass.) Outgoing Rep. Beto O'Rourke, who fell short in his campaign against Republican Sen. Ted Cruz in the Texas Senate race during the 2018 midterm election cycle, has also hinted that he's weighing a White House bids. In addition, former Secretary of State John Kerry recently alluded to mounting a presidential bid — and these names are far from the complete list.

Still, Biden's prospects look good. According to a Politico/Morning Consult poll released in November, Biden is the frontrunner among Democratic voters' preferred nominee to take on Trump's reelection bid. He is trailed by Sanders, O'Rourke, Warren and Harris.