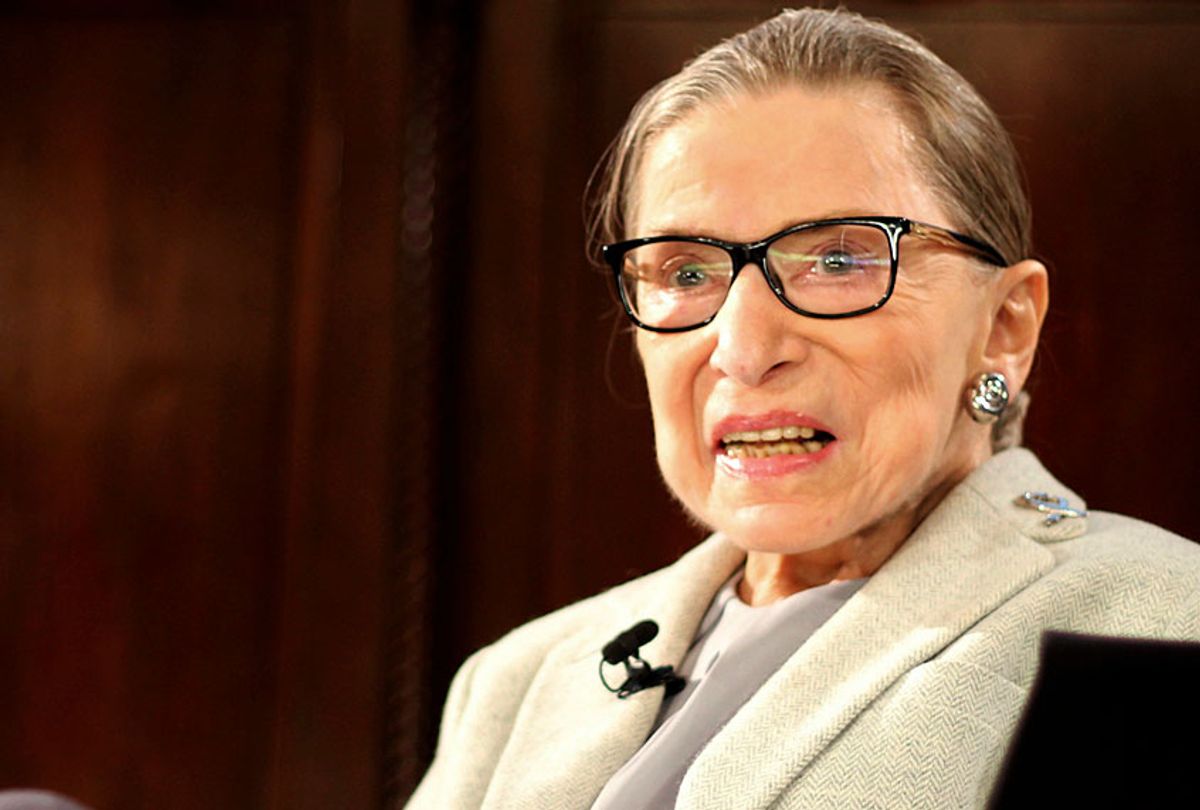 As Supreme Court justices returned to the bench Tuesday to resume hearing cases after a month-long winter recess, Ruth Bader Ginsburg was among her peers for the first time since her recent cancer surgery.

Her return comes "in time for the last three months of oral arguments in a term that will feature big cases on partisan gerrymandering, religious liberty and the Trump administration's decision to add a citizenship question to the 2020 Census," CNN's Supreme Court reporter Ariane de Vogue noted.

Ginsburg missed two weeks of oral arguments in January as she recovered from undergoing a pulmonary lobectomy on Dec. 21 to remove two cancerous nodules from her left lung. It was the first time the associate justice had missed oral arguments since she joined the court in 1993, even though she has had two encounters with cancer throughout her time on the bench. (She was diagnosed with colon cancer in 1999 and pancreatic cancer in 2009.)

Amid the court's hearings in January, Ginsburg worked from home, following cases by reading transcripts and reviewing briefings. She will vote in the cases she missed, Chief Justice John Roberts said.

Ginsburg returned to the court on Friday to participate in regular closed-door conference among the justices. Earlier this month, Ginsburg appeared at an event in Washington to attend a performance of "Notorious RBG in Song." The Washington outing was to support her daughter-in-law, soprano Patrice Michaels, who released an album of songs chronicling Ginsburg's life, and her son, James, who produced the album, CNN reported.

The justice was captured on video by TMZ Monday night at the airport returning to the Washington. She can be seen walking steadily while holding on to the arm of her security detail.

Appointed by former President Bill Clinton, Ginsburg became only the second woman nominated to the nation's highest court in 1993. She rejected suggestions from some Democrats that she should step down in the first two years of former President Barack Obama's second term, when the party also held a majority in the Senate and would likely have had little trouble nominating and confirming her successor.

At 85, Ginsburg's work on the court appears to be in full swing, and she has indicated she has no plans to retire anytime soon. She penned three of the highest court's 13 decisions last term, and she has hired clerks for the term that extends into 2020.