Why does a $15 minimum wage, Medicare-for-all and the Green New Deal just roll off democratic tongues? 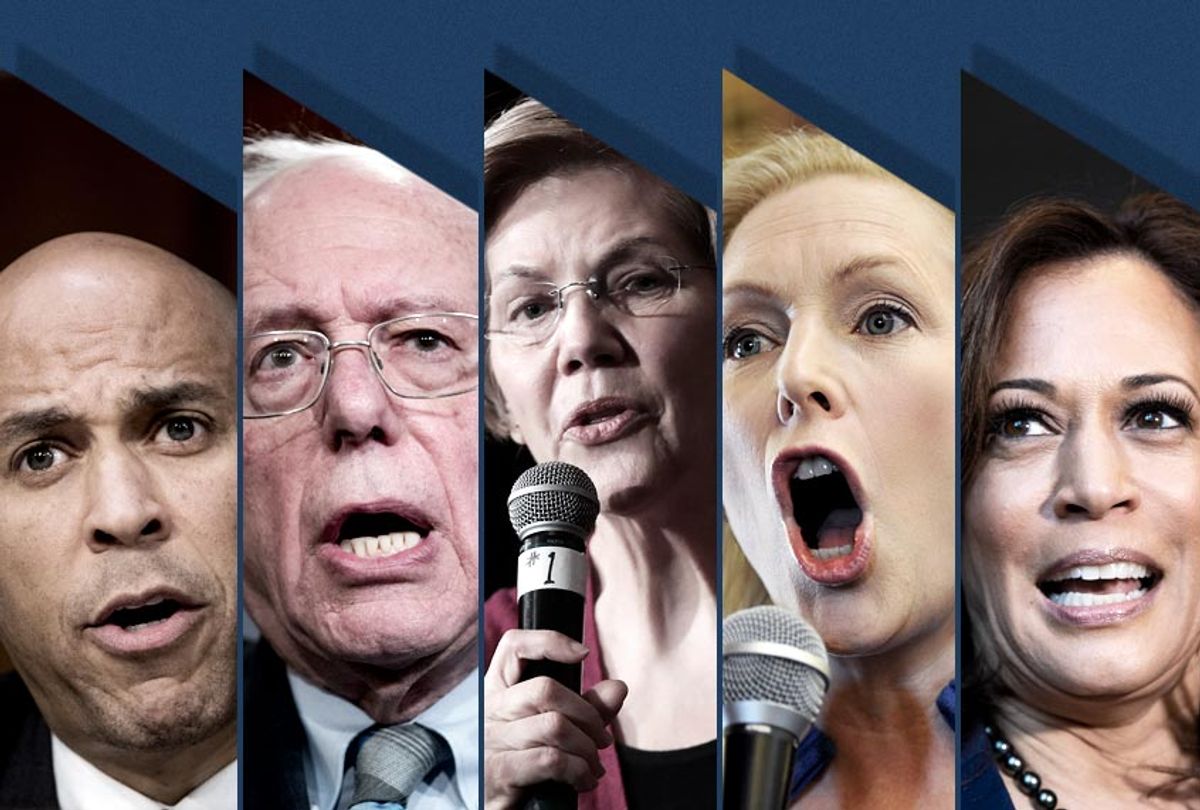 In the commentary that accompanied Senator Bernie Sanders entry into the Democratic Party’s presidential primary there was skepticism expressed about the odds his second campaign could win. The argument was made that with an already crowded field of so many younger and more physically attractive contenders, the 77-year old radical’s moment had passed with his greatest contribution visible in the rearview mirror — his post-2016 success in moving the entire Democratic Party to the left.

After all, doesn't everybody who's anybody in the Democratic Party already support a $15 an hour wage, Medicare-for-all and the Green New Deal? "Thanks old man, we’ve finally got the winning message and we now have our pick of more marketable messengers with better optics."

And yet, within the first 24 hours of his announcing his candidacy his campaign raised $6 million from 220,000 donors. So, just what is it about Sanders that endures and clearly resonates with so many Americans?

It’s his Brooklyn-born directness about our current national circumstance and his fiery analysis connecting the continued blindness to the week-to-week struggle most Americans have making ends meet and the ownership of the news media.

Case in point was the way Sanders responded in an interview to CBS's John Dickerson surfacing the threat to Democrats of an independent presidential candidacy by former Starbucks CEO Howard Schultz.

"Oh isn't that nice?" Sanders said. ”Why is Howard Schultz on every television station in this country? Why are you quoting Howard Schultz? Because he's a billionaire."

He continued, ”There are a lot of people I know personally who work hard for a living and make 40 or $50,000 a year who know a lot more about politics than, with all due respect, does Mr. Schultz. But because we have a corrupt system, anybody who is a billionaire and can throw a lot of TV ads around on television suddenly becomes very, very credible.”

"So Mr. Schultz, what is he blackmailing the Democratic Party? If you don't nominate Bernie Sanders, he's not going to run? Well, I don't think we should succumb to that kind of blackmail."

It is his kind of unapologetic radical directness that appeals to so many Americans who don’t find their current circumstance reflected in the national discourse and agenda on politics that is set by "thought leaders" like Tom Friedman, the columnist  for the New York Times, whose analysis seems so far removed from the actual daily misery of tens of millions of American households that struggle for the basics like shelter.

In weighing the relative weight of the slices, he seems to put his thumb on the scale for the Bloomberg flavor. “Grow-the-pie Democrats know that good jobs don’t come from government or grow on trees — they come from risk-takers who start companies,” writes Friedman. “They come from free markets regulated by and cushioned by smart government.”

Yet, toward the end of his column Friedman does concede, albeit kind of nonchalantly, that today “most families are too weak to . . .  pass along the American dream to their kids.”

That’s a stunning admission and it collapses the long held notion that capitalism has some kind of moral authority because it provides socio-economic mobility for the mass of Americans.

For several years now the data has borne out this erosion of the so-called American promise for future generations. As the U.S. dropped in global social mobility rankings the country’s wealth concentration and income disparity reached obscene level.

These trends lines are not unrelated.

As a Feb. 20 report from the Economic Policy Institute documented in the years between 1979 and 2017 productivity spiked 70.3 percent, while worker pay went up just 11.1 percent.

EPI researchers make the historical point that in the 30 years after World War ll there was not this pronounced disparity between American worker productivity and their compensation. Is it just coincidental that this post-war period also saw a more broad-based prosperity with the expansion of the middle class and the growth of the American labor movement?

Oh, and through much of that period there was a 90 percent marginal tax rate for the wealthiest Americans.

The EPI “State of Working America Wages 2018” analysis also shows that as productivity grew six times the rate of worker compensation. EPI's post-Great Recession data showed “not only rising inequality in general, but also the persistence, and in some cases worsening, of wage gaps by gender and race" and that the growing divergence between productivity and compensation was “at the root of numerous American economic challenges."

And so, inquiring minds would wonder just where did the windfall of productivity land if not into the pockets of American workers?

"A significant portion of it went to higher corporate profits and increased income accruing to capital and business owners. But much of it went to those at the very top of the wage distribution," according to EPI. EPI data shows that the top one percent of earners experienced overall gains in annual wages of 157.3 percent between 1979 and 2017 with the top one tenth of one percent saw their earnings spike 343.2 percent.

The recognition of the demise of the American Dream — of children doing better than their parents — is happening as there are other signs of the country unraveling in ways that demand a greater urgency to our national politics.

In addition to the collateral global damage resulting from our robo-war on terrorism, and the pressing consequences of global warming already upon us, there is this deepening affordability crisis that is manifesting in all other sorts of ways that the corporate news media tries to keep isolated from economics.

It should not be just another ‘ha-ha-yuk-yuk-yuk’ presidential election year when for the third year in a row average American life-expectancy has declined, something that has not happened since WW I.

Even as a suicide and an opioid addiction crisis cuts a growing swath across America we see that America’s birthrate is in decline and that household formation numbers show that close to $2 trillion dollars in student debt is not only preventing twenty somethings from having the American Dream. but holding them back from getting out of their parents’ basement and procreating.

It is not a coincidence that Bernie Sander’s radical message resonated most with young people for whom the American experience has been defined by Sept. 11 and the Great Recession, its dismal aftermath and now the national tragedy of Donald Trump.

There is a poetic irony that it would take a 77-year old man, who has lived a long life, to give voice to the aspirations of young people yearning to re-shape a world so they can start their own.