AOC's 70 percent billionaire tax is not high enough; 90 percent is more like it 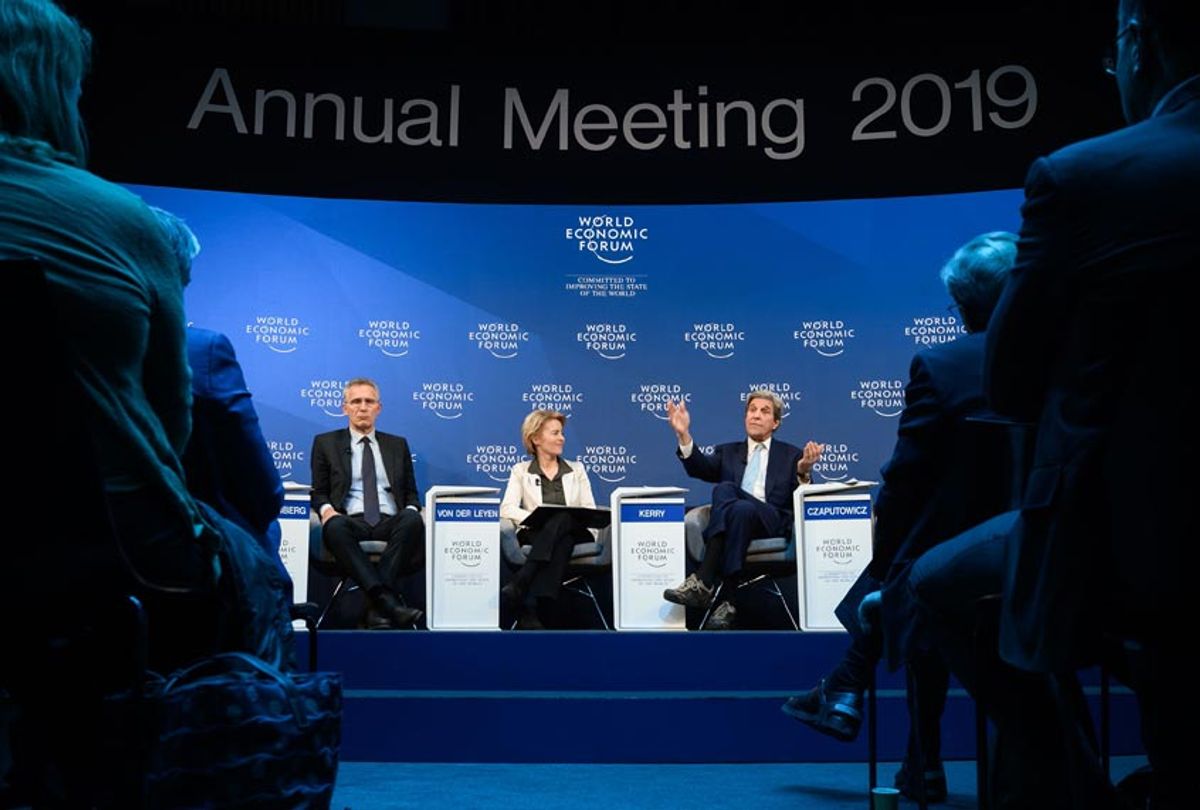 When Rep. Alexandria Ocasio-Cortez said on “60 Minutes” that she would favor raising the highest marginal tax rate on the nation’s wealthiest taxpayers to 70 percent, roughly doubling what it is now, the idea was cast as “radical.” It is not.

Looking at the actual post World War II trend lines, it is no where near radical enough. The sobering reality is that it will take a lot more to undue the massive damage done to the federal balance sheet and the average American household by a corrupt national government that is controlled by the rich.

For decades, the federal government has cut taxes on the wealthiest Americans and corporations while spending and borrowing so profligately, it should be chargeable as a criminal act.

While the corporate news media fixates on the Trump clown-car demolition derby over his absurd $5.7 billion border wall, we are automatically adding $5 billion a day to our $22 trillion debt pyramid. Make no mistake this has been built by the wealthy, for the wealthy who have co-opted both political parties to do their bidding.

To get a sense of the ‘lost opportunity cost’ associated with blowing $5 billion a day on adding to the national debt, consider that we are in the midst of a devastating national opioid crisis and spike in suicides that the Federal government spends $4.1 billion annually to address.
Now, we are on the verge of spending more on servicing this debt than the current $700 billion we spend on our military each year. For decades we have been cutting taxes on the highest earners and replacing that revenue with debt for which the entire nation is on the hook. Put more simply, we have subsidized the the Bezos, Bloomberg and Schultz mega-fortunes by keeping their Federal taxes at historic lows, while shifting the cost of the government into the future by unprecedented borrowing that casts a dark cloud over the nation’s future.

And, watch as that same axis of avarice will make the case that the only way to restore the nation’s credit worthiness will be to reduce the size and scope of the social contract we have in Social Security, Medicare and Medicaid. This will be hailed by so-called moderates as courageous, because "it requires everyone to sacrifice something."

What is entirely ignored is the direct correlation between the explosion of wealth inequality and income disparity and the way the White House and Congress managed the federal government’s balance sheet since around the time of the assassination of John F. Kennedy. Which party was in charge did not matter.

Throughout the 1950s and the Eisenhower years the marginal tax rate for the highest income earners was at 90 percent. It was during this period that the country paid down the debt racked up fighting Germany and Japan, followed by rebuilding both.

That was a heavy lift. By 1946 the U.S. had amassed $271 billion in debt so that the national debt-to-Gross-Domestic-Product, the value of everything produced by the economy, was a whopping 119 percent.

The national debt to Gross Domestic Product ratio is like pairing what you borrowed in a year with what you earned. Throughout the 1950s, that national debt to gross domestic product ratio averaged 68 percent, even as the federal government continued to tax the highest earners at 90 percent. That period also saw the expansion of the middle class, as the share of the national income continued to shift from the tippy top, downward to the working class, which was also more likely to be unionized than they are today.

Throughout the 1960s that unprecedented middle class-driven economic expansion continued, as the national debt ratio to GDP dropped to 44 percent and Washington dropped the top tax rate to 80 percent. But the 1963 to 1964 period was a key inflection point, with the top tax rate dropping from that “radical” Eisenhower 91 percent rate, to just 77 percent in just one year. My, how the uber-wealthy must have been relieved; and yet, it was set to become oh, so much better.

By the 1980s and the so-called Reagan revolution, that top tax rate dropped to 45 percent. By the 1990s, it dropped even further to 36 percent and federal debt ratio to the GDP spiked to over 60 percent. In the last decade we are now averaging close to a 99 percent debt-to-GDP ratio, with a spike to 108 percent this year.

Things really got out of whack when, during President Obama’s tenure, we kept fighting the pricey global war on terror, the Federal government bailed out Wall Street banks and Detroit, leaving Main Street America to twist in the wind. Americans lost $20 trillion in household wealth lost that had taken generations to accumulate.

Where did it go? Right to the top. In the 21st century gilded age the ethos is not ‘to those that much is given, much is expected’ but rather ‘to those with the most even more must be given.’

Exhibit A: Donald Trump, Speaker Paul Ryan and Senate Majority Leader Mitch McConnell $1.5 trillion tax cut con that was sold as a jolt to send the alleged recovery into high gear. Yet, what empirical economic data has now shown is that the windfall went to eye-popping CEO bonuses and stock buybacks while sending government debt ever higher, into the stratosphere.

So, now that we have tracked the historic building of this US debt pyramid scheme, lets step back and behold its towering dimensions. According to Inequality.org "in 1982, the 'poorest' American listed on the first annual Forbes magazine list of America’s richest 400 had a net worth of $80 million. The average member of that first list had a net worth of $230 million."

Scroll forward to 2016 and rich Americans needed a "net worth of $1.7 billion to enter the Forbes 400, and the average member held a net $6.0 billion [fortune], over 10 times the 1982 average after adjusting for inflation."

Meanwhile, down here on earth, from where we can’t see the top of the Bezos, Bloomberg Schultz wealth pyramid, close to 80 percent of Americans live paycheck to paycheck. This reality is the real take away from the Federal government shutdown that blew up the household finances of 800,000 American families that was just a kind of mean-spirited bloodsport Donald Trump engineered for his own twisted amusement.

No, I would say 70 percent for the highest marginal tax rate is too low, in light of our track record for the last 70 years. Call me an Eisenhower "radical." I am holding out for 90 percent.