Johnson, who seeks unspecified damages for pain and suffering, also alleges the campaign discriminated against her 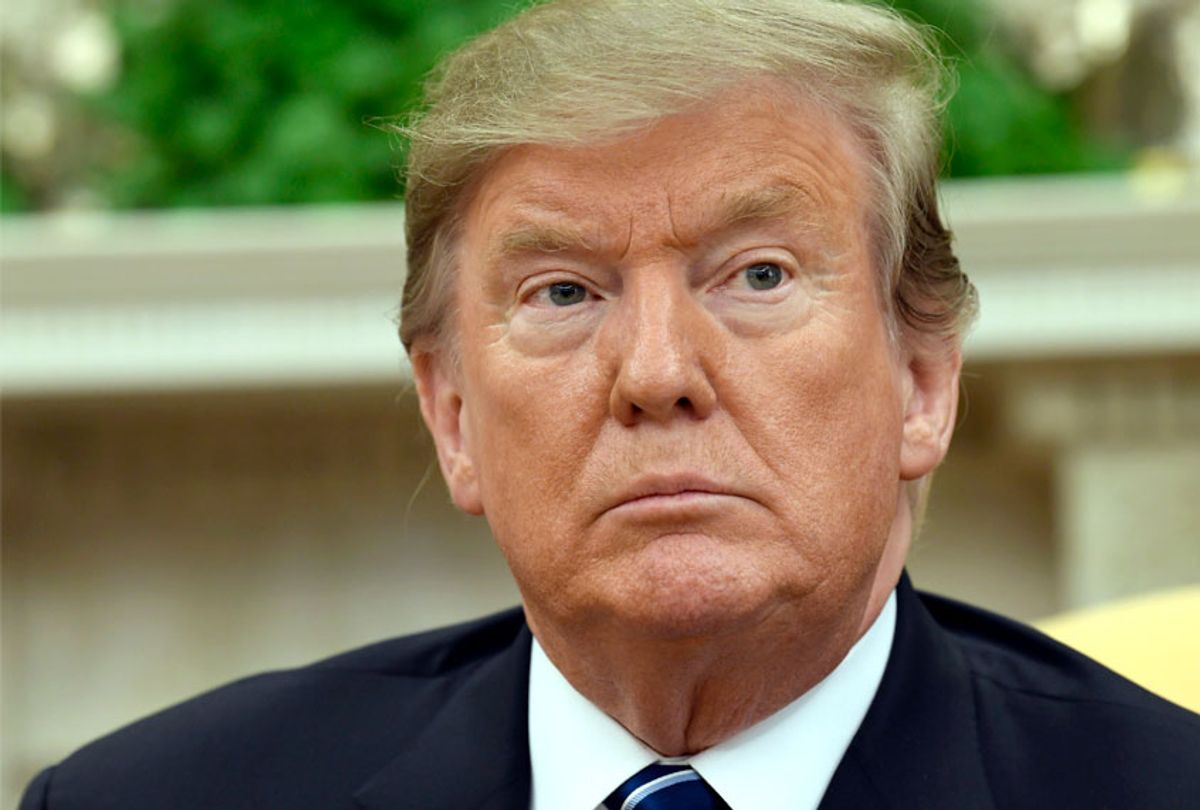 A staff member who worked on Donald Trump's 2016 presidential campaign alleges the commander-in-chief kissed her without her consent in a new lawsuit.

Alva Johnson told the Washington Post that Trump grabbed her hand and attempted to kiss her on the lips before a rally with supporters before a rally in Tampa, Fla. on Aug. 24, 2016. Johnson said the incident occurred when Trump was leaving an RV and that she was able to turn her head to the unwanted kiss, which landed on the side of her mouth. She calls it "super-creepy and inappropriate."

"I immediately felt violated, because I wasn't expecting it or wanting it," Johnson told the newspaper. "I can still see his lips coming straight for my face."

According to the lawsuit, Johnson told Trump, "I've been on the road for you since March, away from my family. You're doing an awesome job. Go in there, and kick ass."

Trump, she said, then clutched her hand, thanked her for her work and allegedly leaned in for a kiss.

"Oh, my God, I think he's going to kiss me," Johnson told The Post, describing the alleged moment. "He's coming straight for my lips. So I turn my head, and he kisses me right on corner of my mouth – still holding my hand the entire time. Then he walks on out."

Johnson added that she told her family and boyfriend about the attempted kiss by Trump the day it occurred – an account all three confirmed to The Post. Two months later, Johnson said, she sought advice from a Florida attorney about the unwanted kiss. The attorney provided The Post with text messages, revealing that he considered Johnson "credible" but did not take her case for business reasons. The attorney reportedly provided Johnson the name of a therapist, whose notes, which the The Post reviewed, mention an unspecified event during the campaign that had left Johnson distressed.

White House press secretary Sarah Sanders denied the allegations in a statement to the Post. "This never happened and is directly contradicted by multiple highly-credible eye-witness accounts," Sanders said.

Two Trump supporters that Johnson claimed witnessed the alleged kiss told The Post they did not see it take place. One was an official on Trump's campaign and the other was former Florida attorney general Pam Bondi, a Republican.

Karen Giorno, director of the Florida campaign, dismissed the allegations as "ridiculous," saying "that absolutely did not happen," in an interview with The Post.

Johnson claims that Bondi gave her a smile as she walked out of the RV while Giorno grabbed her elbow and gave it a tug after Trump allegedly attempted to kiss her.

Johnson's federal lawsuit, filed Monday in Florida, seeks unspecified damages for emotional pain and suffering. The lawsuit also claims that the campaign discriminated against Johnson, who is black, by paying her less than her white male colleagues. A campaign spokeswoman, Kayleigh McEnany, dismissed that claim as "off-base and unfounded," according to The Post.

Johnson served on the Trump campaign as the director of outreach and coalitions in Alabama, joining in early 2016. She has a background in human resources and event planning, and reportedly lives in Madison County.