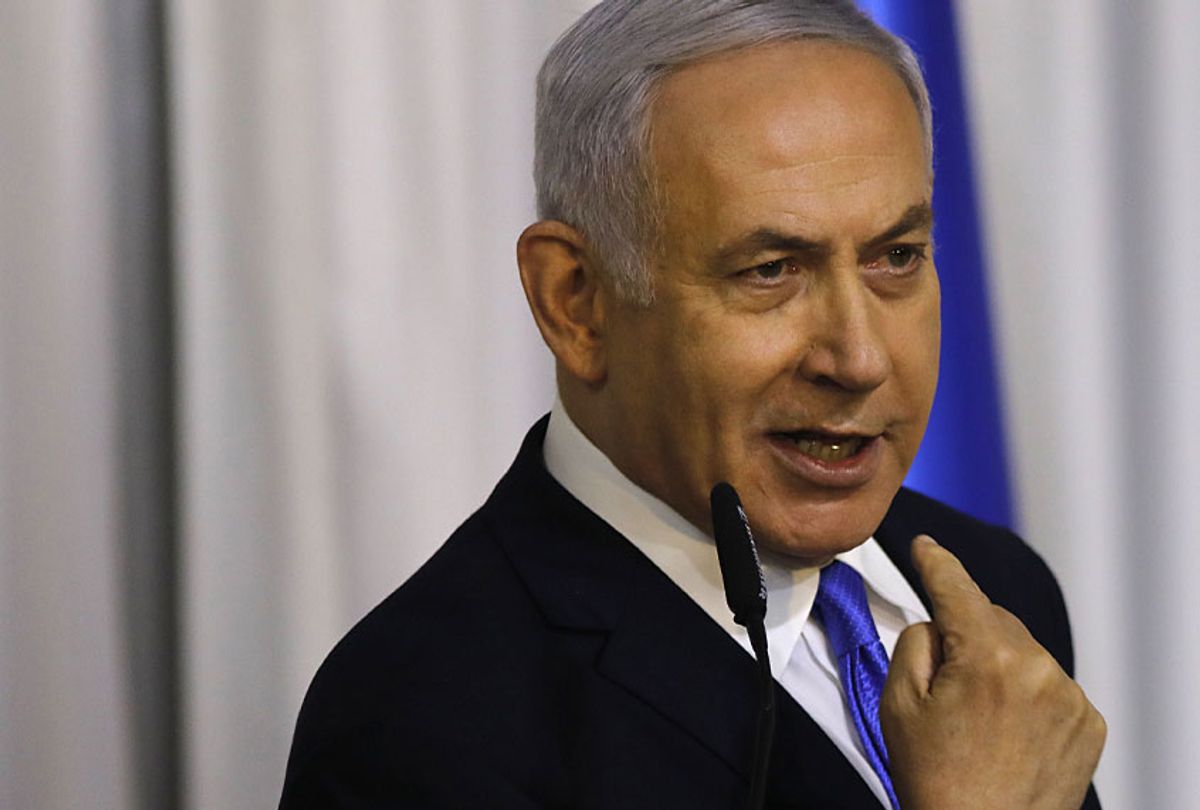 Israeli Prime Minister Benjamin Netanyahu is being condemned by a pro-Israel lobby that usually supports him after he made political overtures to a far-right party that has expressed anti-Arab views.

"AIPAC has a longstanding policy not to meet with members of this racist and reprehensible party," AIPAC tweeted on Friday, referring to a marginal Israeli political party called Otzma Yehudit, or "Jewish Power." AIPAC was responding to a letter by the American Jewish Committee arguing that "the views of Otzma Yehudit are reprehensible. They do not reflect the core values that are the very foundation of the State of Israel. The party might conceivably gain enough votes to enter the next Knesset, and potentially even become part of the governing coalition."

The AJC letter continued: "Historically, the views of extremist parties, reflecting the extreme left or the extreme right, have been firmly rejected by mainstream parties, even if the electoral process of Israel’s robust democracy has enabled their presence, however small, in the Knesset."

It is highly unusual for AIPAC to comment on internal Israeli politics, as the lobbying group has traditionally conceived of its mission as mustering support within the United States for Israel, no matter which party or what leader was in power in that nation. Yet because Otzma Yehudit is viewed as a fringe group far outside the mainstream of Israeli politics, apparently the influential lobbying group made an exception.

"This has been growing for a long time, because Netanyahu over the past years has really been detrimental to AIPAC’s entire concept of bipartisan politics in the United States. He has been hurting that for a long time," David Kreizelman, a former AIPAC foreign policy associate, told The Times of Israel.

He added, "This has created a situation where there’s a direct conflict with anything the community has to say about anti-Semitism and racism in Israel. He sort of overstepped the line now. It’s a serious problem."

The controversy over Netanyahu stems from his decision to help forge an agreement to bring both Otzma Yehudit and the ultra-nationalist Jewish Home party into his political coalition, according to the UK Independent. Although beset by corruption allegations, Netanyahu is currently seeking a fifth term as Israeli prime minister, according to CNN.

Anshel Pfeffer of Haaretz elaborated on the racist, Jewish supremacist ideology associated with the late ultra-nationalist leader Meir Kahane, and how it has born fruit on the contemporary far right in Israel:

"Its latest reincarnation, Otzma Yehudit, entered an electoral pact last week with Habayit Hayehudi [Jewish Home], brokered personally by Benjamin Netanyahu," Pfeffer wrote. Now this ideology "is not only on its way back to the Knesset, which Kahane was forced to leave in 1988," he concluded, "but is doing so with the prime minister’s seal of legitimacy; as a bona fide part of the – for now – ruling right-wing coalition."