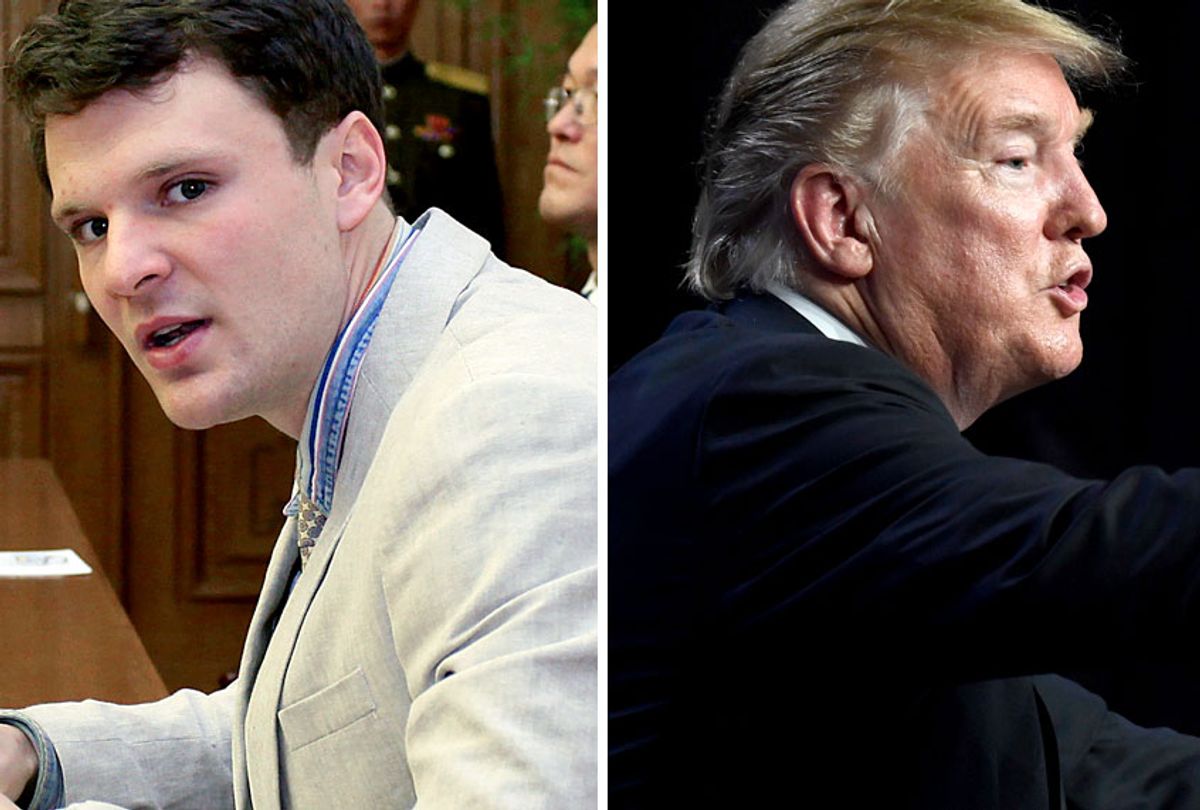 President Donald Trump defended North Korean dictator Kim Jong-un over the controversial death of American college student Otto Warmbier in 2017 — and riled the ire of some of his own conservative supporters.

"He tells me that he didn’t know about it, and I will take him at his word," Trump told reporters while in Hanoi on Thursday.

There are a number of reasons to doubt North Korea's story about Warmbier. For one thing, the college student was arrested in January 2016 under accusations that he had committed a "hostile act" against the state, according to ABC News. By March he read a statement in Pyongyang claiming that he had stolen a poster in order to get a $10,000 used car and that the Z Society, a secret club at the University of Virginia, had promised to include him as a member if he could get a poster from North Korea.

According to a BBC report:

Otto thanked the North Korean government for the "opportunity to apologise for my crime, to beg for forgiveness and to beg for any assistance to save my life".

He said he tried to steal a propaganda sign from a hotel as a "trophy" for a US church with the "connivance of the US administration" in order to "harm the work ethic and motivation of the Korean people."

Later, he would break down in tears: "I have made the single worst decision of my life, but I am only human."

There is no evidence that the Z Society had ever been in contact with Warmbier, much less recruited him to steal the poster, and given North Korea's past human rights record, it is more likely than not that any "confession" obtained by Warmbier was done through duress and is thus unreliable.

By the time Warmbier's release was secured by Secretary of State Rex Tillerson in June 2017, he had been severely injured from his time in prison. The family stated that upon his return he had been "unable to speak, unable to see and unable to react to verbal commands" and he appeared "very uncomfortable — almost anguished." They also claimed that before he died, "He was at peace. He was home and we believe he could sense that."

Although doctors weren't able to find any evidence that Warmbier had been abused, they did not believe the North Korean government's story that the student had contracted botulism and fallen into a coma after taking a sleeping pill. North Korea's prisons are also notorious for their human rights violations.

Now Trump's former UN ambassador, Nikki Haley, is hitting the president for his defense of the North Korean regime — without ever mentioning Trump: