Meghan McCain takes on Ivanka Trump: "There never seems like there’s a real person in there" 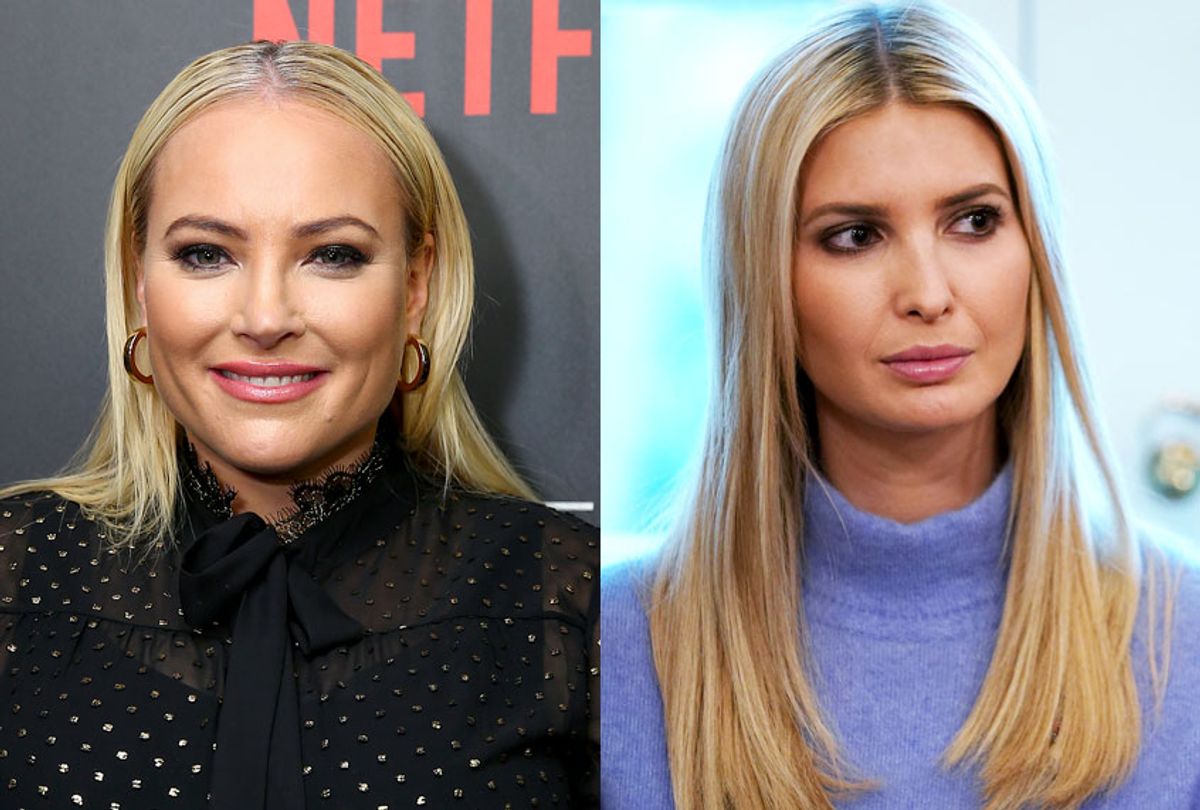 “The View” co-host Meghan McCain didn’t hold back in her criticism of Ivanka Trump, who has been busted for lying about security clearances for her husband and fellow White House adviser Jared Kushner.

President Donald Trump’s daughter told McCain’s colleague Abby Huntsman that Kushner had not received special treatment in gaining access to highly-classified material, which turned out to be a lie.

“Props to Abby for catching her in her first public lie,” McCain said. “I mean, really, a job well done — proven lie, publicly, and you deserve to take a victory lap.”

The president reportedly overrode concerns by intelligence officials and ordered a clearance for Kushner, and McCain said the situation showed why family members should not serve in the White House.

“There’s a difference between us and Malaysia,” she said. “We shouldn’t muddy the waters and have families members working in the White House in the capacity they are, because there are innate problems — ‘Hey, my son-in-law, I’m going to want preferential treatment for my daughter and son-in-law.'”

McCain said the president’s daughter should face consequences for lying about a national security issue.

“It’s the first crack in her veneer, though,” McCain said. “Being caught lying on air is a different thing.”

“For her and the image that she is so protective and vociferously, intensely shielded from — one of the reasons I don’t like her, is I don’t know what she’s saying,” McCain added. “To me, there never seems like there’s a real person in there. I’m serious, I’m not saying that as shade.”