Smart Watch: Killer Mike and Kal Penn explain it all in In "Trigger Warning" and "This Giant Beast 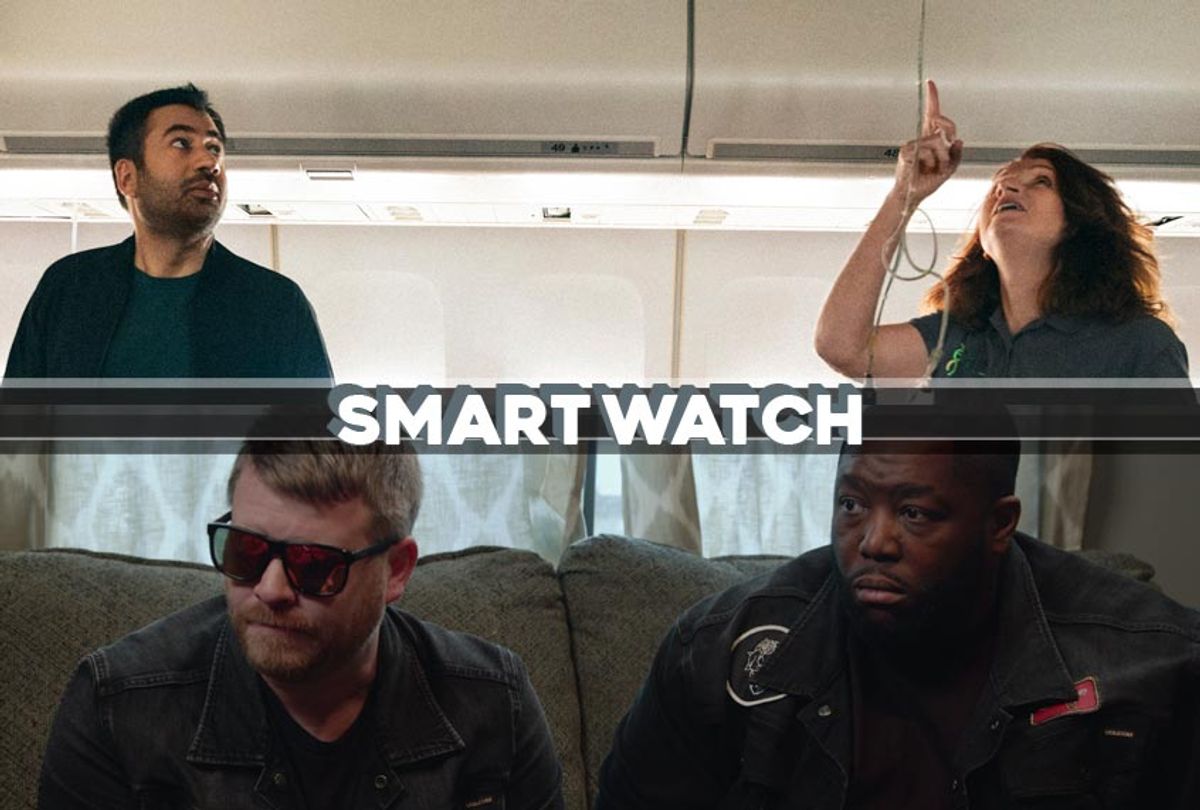 "Trigger Warning with Killer Mike;" "This Giant Beast That Is the Global Economy" (Netflix/Amazon Prime Video)
--

It’s not always true that we don’t truly miss something until it’s gone. About half the country won’t miss this current president once he’s out of the White House, for example. Even some who believe they will now won’t years from now when historians are sorting out the mess. Just ask a few relatives who sheepishly admit they voted for Richard Nixon but can’t for the life of them explain why.

Former Senate minority leader Harry M. Reid (D-Nev.) admitted as much when he pined for the presidency of George W. Bush, a man he once declared to be “the worst president we’ve ever had.” He had yet experience “leadership” under Donald Trump, a man so lacking in basic civility or intelligence as to make W. look almost saintly.

That’s why CNN’s debut of “The Bush Years,” a six-part series on a political dynasty that lacks the charisma of the Kennedys but still produced two presidents and a Jeb (!) is wonderful timing. The network’s Dana Bash shared Reid’s statement in an online interview last Monday, by the way, which cannot be a coincidence. (And like clockwork, Trump took time out of his “executive time” to respond and insult Reid, a man diagnosed with pancreatic cancer.)

Reid’s observation notwithstanding, this may a great time to take a look at what the Bush family means to American politics and history, and understanding W. is the least of it, truly.

There’s only so much revisionism the memory can undertake in terms of excusing a man who got us into a war we’re still fighting and see no way to extricate ourselves from without destabilizing a region. Just in case you still want to trek down that road, may I suggest a viewing of “Vice”?

Be that as it may, what this series hints at doing is much more important, which is to show conservatism’s evolution through several generations of one family. We know where it ended up with W., a man who won over evangelicals and right-wingers by, among other things, declaring God wanted him to run for president.

Thus it is fascinating that his grandfather Prescott Bush, the man who started the family’s political dynasty, raised money for birth control organizations, donated to the United Negro College Fund, and stood up to Joseph McCarthy. As one historian put it, Prescott Bush was something that no longer exists: “a liberal Republican.”

Looking at the opening episode of “The Bush Years” the series isn’t breaking any new stylistic ground in the docuseries arena, but maybe it doesn’t have to. Most of what we know about the family is from their time in the White House, making the insights from historians, journalists and family members far more eye-opening than one would expect. And while I doubt it’ll fundamentally change anyone’s opinion of George W. Bush’s leadership, it may give us a clue about the part he and Vice President Dick Cheney played in laying the foundation upon which a crooked real estate developer erected the shoddy structure we’re currently trapped inside of, from which we can look out and view a distant past that also pained us, although nowhere nearly as acutely as we’re hurting now.

Remember the Oscars? This climbing film about Alex Honnold, a man who scaled El Capitan in Yosemite, California with no rope or harness or anything else that would prevent him from falling to his death, won the Oscar for Best Documentary Feature.

And I’ll be honest, if it weren’t my job to see films like this there’s no way I would have bothered. In the same way I know my arms are too short to box with God, I am not a rock climber because I do not believe in testing gravity.

Films such as “Free Solo” work as fascinating visual metaphors because they speak to something universal about the crazy undeniability of desire that manifests in the human spirit. It also helps to know that unlike the titular “Grizzly Man,” Honnold didn’t pancake it, which isn’t a spoiler if you watched the 91st Academy Awards. That wasn't his hologram, he actually lives to tell the tale (and free solo yet again).

In any case, National Geographic’s debut enables a broader audience to get a look at what everyone who has seen the movie is losing their minds about. The visuals are stunning, offering head-spinning views with the comfort of total safety, allowing the viewer to relax into the awe of Honnold’s adrenaline pumping, death-defying accomplishment. If the weekend must end, there are worse ways to go out than watching someone else’s highest high note.

“This Giant Beast That Is the Global Economy,” currently streaming on Amazon Prime

We’re awash in docuseries alongside strange hybrids of unscripted and soft-scripted titles, all of which aspire to teach us something about the world without boring us to death. It’s a delicate balance, that tip-toe between education and pandering. Not every attempt gets it right.

Kal Penn’s new Amazon series, executive produced by Will Ferrell and Adam McKay, doesn’t get it entirely wrong either. As a layman’s version of How the World Works 101, “This Giant Beast That Is the Global Economy” can be slightly too adorable at times in a way that only the guy best known as one of modern cinema’s favorite stoners as well as former Obama White House staffer can get away with.

Then again, there aren’t a whole lot of ways to make exploring the ins and outs of money laundering fascinating or explaining, in a scant 45 minutes, why it's not as easy as most people think, mostly because most people aren’t wealthy enough to do it.

With this new series, Penn enters the business of explaining the many ways that the economic game is rigged against us, and how our dependence on the simplest substances, like rubber, could throw everything off kilter. He’s an affable host having a lot of fun being cheeky, especially in episodes such as “Are Rich People Dicks or Do Dicks Get Rich?”

That said, the success of this series depends less on the fascination offered by the subject matter than it does on how much you enjoy or even tolerate Penn. The subject rides shotgun to the star here at times, and if you’re not on board with his staged gags, his presence can rob attention away from the central purpose of a given episode.

And that’s before one considers the irony of Amazon presenting a series diving into the dirty truths of global economy, such as tax shelters, not long after the news broke that the company will pay no income tax on the $10 billion it made in 2018.

Episode 7, by the way, is titled “Is Money Bullshit?” Just throwing that out there.

Sometimes shows that do the best job of educating the viewers do so by asking questions and not explicitly providing the answer or maybe even planning the destination. That’s the sheer joy in this series, hosted by Michael “Killer Mike” Render, one half of Run the Jewels.  In this context Killer Mike is part activist, part satirist, setting up each episode with a thesis statement and following the path of prove it to interesting ends.

An episode that examines the unfairness of the Hell’s Angels, a motorcycle gang, being able to monetize their brand while the Crips cannot, winds through some interesting corners and ends up, at all places, at a farmer’s market.

Killer Mike’s quest to “buy black” (i.e. keep his spending power within black-owned businesses) for 72 hours as opposed to the six hours that most black people are able to reveals the alarming lack of African American business ownership in this country. (A wonderful PBS documentary, "Boss: The Black Experience in Business,” premieres in April and explains why this is the case.)

While not every episode achieves its aim of educating the viewer, it is at the very least entertaining and positive, for the most part, largely due to Killer Mike’s upbeat attitude, even when he’s dropping brutal facts on people who don’t want to hear what he’s saying. Mike has a solid point of view, but he’s also big hearted and charming, which goes a very long way to invite people to learn about subjects they’d otherwise never think about.