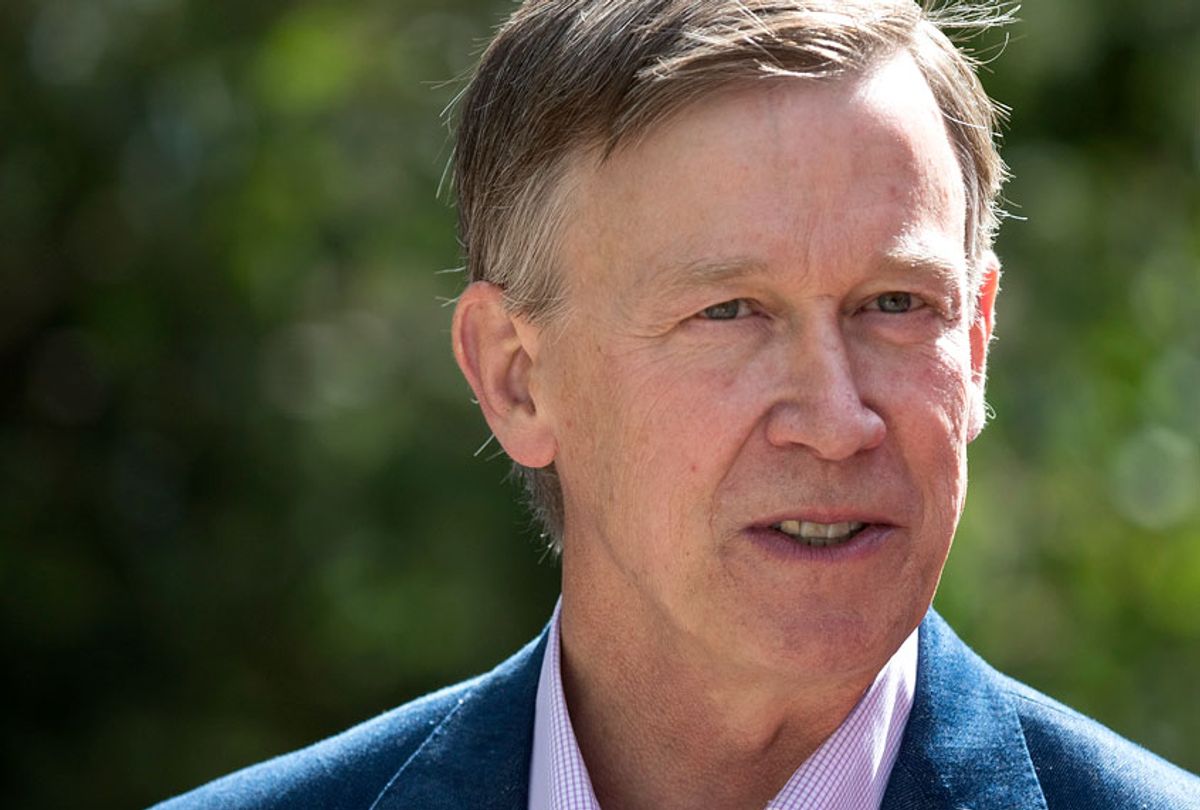 The 2020 Democratic presidential primary became even more crowded on Monday, when former Colorado Gov. John Hickenlooper announced he was entering the race. The 67-year-old Hickenlooper is among the more centrist Democrats in the primary, which ranges from staunch liberal/progressive figures like Sen. Bernie Sanders and Sen. Elizabeth Warren to Minnesota’s decidedly middle-of-the-road Sen. Amy Klobuchar. But unlike Sanders, Warren, Klobuchar, Sen. Kamala Harris or Sen. Cory Booker,  the 67-year-old Hickenlooper has never served in the Senate.

Here are some facts about Hickenlooper’s background.

Although he was born and raised in the Philadelphia suburbs, it was in Colorado that Hickenlooper built his political career—first as mayor of Denver from 2003-2011, then as governor of Colorado from 2011-January 2019. Hickenlooper became vice-chairman of the Democratic Governors Association in 2012.

2. Hickenlooper once opposed legalized marijuana in a state that’s famous for it

Colorado has become a poster child for marijuana legalization at the state level, but in the past, Hickenlooper opposed making marijuana legally available in his state. He opposed Initiative 20, which legalized medical marijuana in 2000—and in 2012, he also opposed Amendment 64, the law that legalized possession of up to one ounce of marijuana for recreational use if one is 21 or over. Nonetheless, Hickenlooper has said that while he is personally opposed to marijuana use, he will respect the will of Colorado’s voters.

3. Hickenlooper is a former supporter of the death penalty

In the past, Hickenlooper was a death penalty supporter. But in 2013, he granted an indefinite stay of execution for Nathan Dunlap—a Colorado man who was facing execution for murdering four people in a Chuck E. Cheese restaurant in 1993 (Dunlap considered the murders an act of revenge after being fired). And Hickenlooper came out against the death penalty in 2014, asserting that he changed his position when he decided capital punishment was being unfairly applied to people of color and people with mental illnesses.

In 2017, CNN reported that Hickenlooper and Ohio Gov. John Kasich, a Republican, were toying with the idea of an independent presidential run for 2020; Kasich would have been at the top of the ticket, and Hickenlooper would have been the vice-presidential candidate. The idea of an independent Kasich/Hickenlooper ticket was abandoned, but it underscores the fact that Hickenlooper—unlike Sanders or Warren—has centrist leanings. Although Kasich has been a vehement critic of President Donald Trump, the former Ohio governor is clearly right-wing politically and is far from liberal or progressive.

Hickenlooper’s first wife was London-born author/journalist Helen Thorpe, who he met in 2000. In addition to authoring three books, Thorpe has written for a lot of major publications, including the New Yorker, Slate, Harper’s Bazaar and the New York Times Magazine. The couple were married for a decade but divorced in 2015, and the following year, Hickenlooper married Robin Pringle (vice president of corporate development for Liberty Media).