Assange has been seeking refuge in the Ecuadoran Embassy in London, fearing that he will be extradited to the U.S. 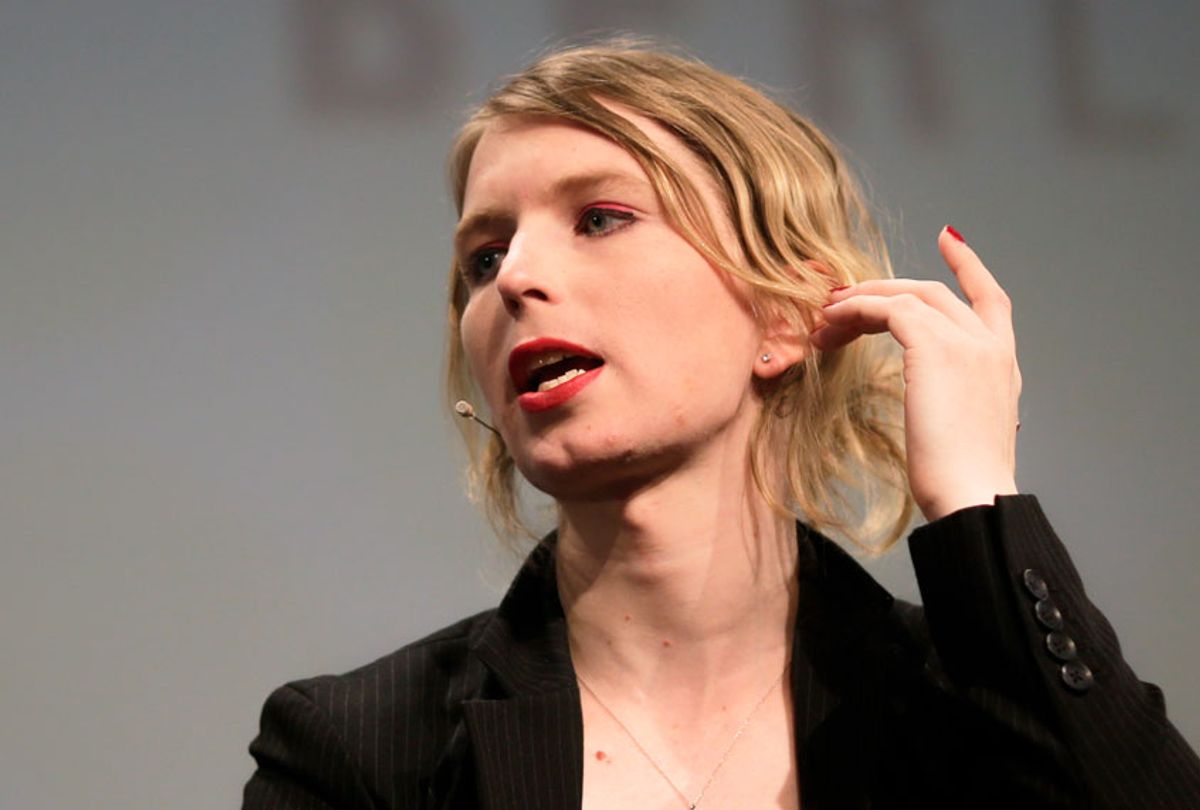 WikiLeaks whistleblower Chelsea Manning appeared in a federal courtroom on Tuesday in Alexandria, Virginia, where the former U.S. Army intelligence analyst unsuccessfully challenged a subpoena requiring her to testify before a grand jury that is investigating WikiLeaks founder Julian Assange.

Outside the courthouse, the former Bradley Edward Manning (who is now 31) told reporters that her efforts to stop the subpoena were denied but added that her attorneys believe they “still have grounds to investigate.”

Manning had attended an hour-long closed-door hearing, as did several federal prosecutors in the Assange case—including Tracy McCormick, Evan Turgeon, Gordon Kromberg and Kellen Dwyer. Although Manning didn’t mention either Assange or WikiLeaks by name, she did tell reporters that there had been “an awful lot of government attorneys” in the courtroom. And Manning was critical of grand juries, telling reporters, “Grand juries are terrible tools. The idea that there is an independent grand jury is long gone. It’s run by a prosecutor.”

In 2010, Manning was arrested for the largest leak of classified military documents in United States history. The material Manning gave to WikiLeaks pertained to U.S. military activity in Iraq and Afghanistan, and in 2013, she was sentenced to 35 years in prison. But on January 17, 2017—only three days before President Donald Trump’s inauguration—President Barack Obama commuted her sentence. Manning spent seven years behind bars before being released in May 2017.

Assange has been seeking refuge in the Ecuadoran Embassy in London, fearing that he will be extradited to the U.S. to face charges. The exact nature of the charges against Assange remains unknown, as the charges have been sealed. However, the Chicago Tribune has reported that according to U.S. officials who were interviewed anonymously, the charges have to do with his pre-2016 activities—not the publication of hacked Democratic e-mails during the 2016 presidential election, a matter that Special Counsel Robert Mueller has been investigating.

In 2016, the e-mails of the Democratic National Committee were stolen by a hacker who went by Guccifer 2.0. and passed them along to WikiLeaks. Mueller believes that Guccifer 2.0 is a Russian government intelligence official.

In 2018, Manning was among the Democrats who unsuccessful challenged incumbent Sen. Ben Cardin in a senatorial primary in Maryland. But Cardin won the primary and went on to win a third term in the general election, defeating Republican nominee Tony Campbell by 34%. That was two landslides for Cardin, who received 80% of the vote in the Democratic primary compared to about 5% for Manning.