Desperate for new markets, MBS hits the road looking to unload oil he can no longer sell to America

Doing what was once unthinkable, the Saudi crown prince goes on the road to hawk OPEC oil in India and China 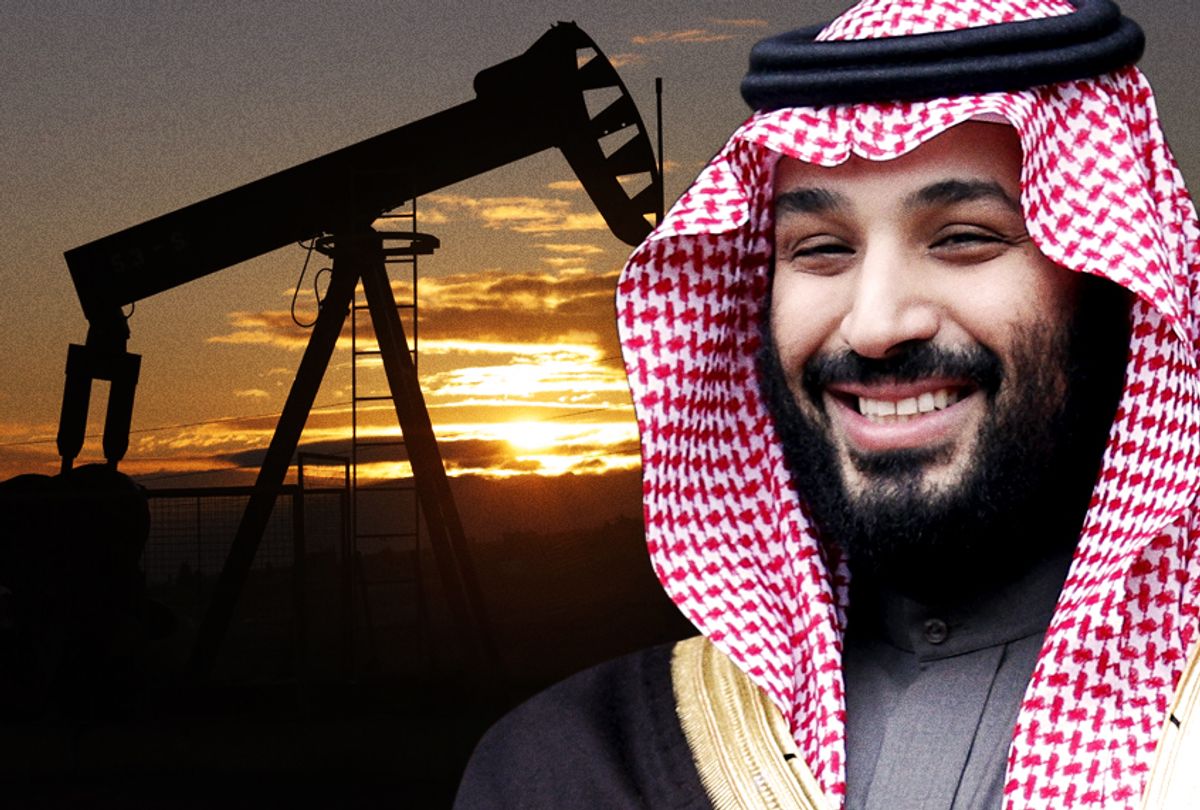 Caught in the fog of news during the past weeks — the soon to be Mueller report, talks between Kim Jong Un and Donald Trump, and a possible truce in the Trumpian inspired trade war with China — one small but game changing event has been ignored.  MBS (Mohammad Bin Salman Al Saud), the crown prince and de facto ruler of Saudi Arabia, the leading country in The Organization of the Petroleum Exporting Countries(OPEC), went on the most pedestrian of things: a sales trip.

When OPEC was formed in 1960 it had one basic goal to act as the single cartel controlling the world’s energy market. OPEC’s purpose was never to market or sell its products, it didn't need to. In a world short of energy, nations had few other places to go to for their life supporting energy.

Since 1938 when vast reserves of oil were discovered in Saudi Arabia the Saudis have, up until recently, been able to operate as a privileged country enjoying economic prosperity generally free of any market constraints. Their massive oil reserves gave them what Michael Porter of Harvard calls Supplier Power, having substantial economic power over their customers. Essentially, the fewer suppliers any customer has the more powerful the supplier becomes.  As an example unlike the Chinese or Japanese who were not blessed in the same manner, the Saudi’s never needed to learn to market and sell. Can anyone name a Saudi brand? The Saudis never needed to understand what their customers wanted, what their factories should produce. Simply put, Ben Franklin’s saying, necessity is the mother of invention did not apply to Saudi Arabia.

Oil wealth (especially pre U.S. fracking when the Saudi’s were one hundred percent assured in their mind of the US defense umbrella) freed the Saudi’s from a global foreign policy based on any concept of Realpolitik. Instead their foreign policy outside of pressuring their OPEC allies to increase or limit production became a policy of ideology. They saw themselves as the global protector of the Muslim (Sunni) faith around the world as well as the main provider of Islamic education to the world. And in carrying out this policy they became the bulwark of economic support for various failing Muslim states such as Pakistan.

This has now changed. Saudi Arabia the biggest oil producer in OPEC is being forced to quickly modify its understanding of the world — being forced to market and sell. With fracking in America, the growth of alternative energies and the economic slowdown in China, the world is sitting on a glut of oil.  No matter how much OPEC tries to limit production oil prices have not risen. In fact due to the economic needs of its various members along with the needs of producing states outside of the cartel trying to limit production is becoming a game of whack-a-mole.

The Saudis can no longer operate free of market conditions. They can no longer take their customers for granted and in the process Realpolitik, a foreign policy based on practical rather than moral or ideological considerations has forced itself on them.

Nothing demonstrates this more clearly than MBS's recent trip to Pakistan, India and China. He stopped in Pakistan, Saudi Arabia’s traditional Muslim ally and in many respects client state only to pay lip service, his real mission was to sell energy to India and China. Consider what a radical change this is for Saudi Arabia. India is not only Pakistan’s traditional enemy but its current government has an anti-Muslim cast to it. But of course India soon might become the largest oil importer in the world and currently its main supplier is Iran who MBS would love to take market share from.

After leaving India, MBS sales mission continued to China, the world’s largest importer of oil. China had recently detained an estimated one million Uighur Muslims for so-called re-education programs. Again the need to sell his product checked any ideological brotherhood like support that MBS might have had with the Uighurs.

For the sake of energy sales he basically supported China’s crack down on the Uighur Muslims stating on Chinese TV, that, "China has the right to take anti-terrorism and de-extremism measures to safeguard national security."

Aljazeera in its story covering MBS’s trip to China wrote, “Disgusting — Riyadh has remained silent over China's treatment of Uighurs and other mostly Muslim minorities in the far-western region of Xinjiang. That's despite the ruling the Al Saud family's image of itself as the defender of Muslims across the world and protector of Islam's two holiest shrines.”

“Gold has no politics” is an expression often used to characterize a deal or a policy that has no ideological basis, a policy only applying to improving ones business or economic condition. It has long been the motto to describe China’s foreign policy in its search of economic wealth, but for Saudi Arabia? Wow, it is a game changer.