Sen. Rand Paul does not think the government should be able to compel kids to get vaccines 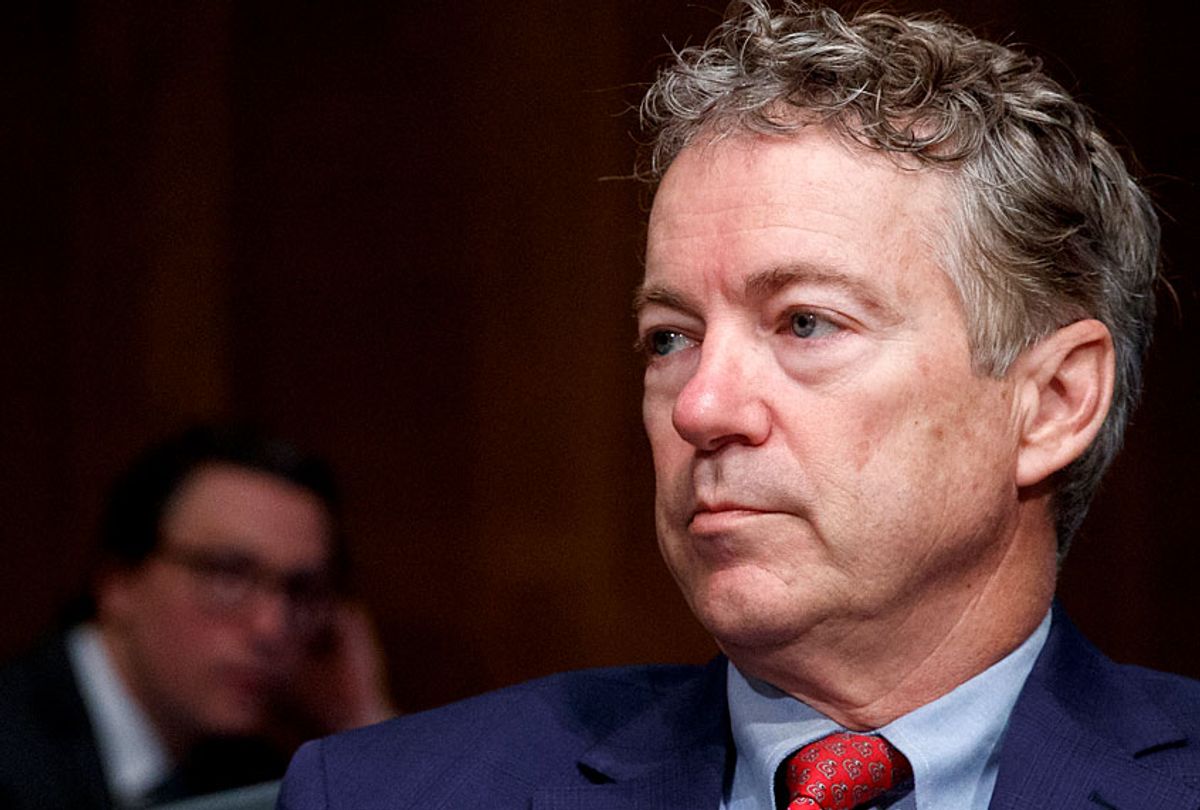 Republican Sen. Rand Paul of Kentucky criticized the view that parents should be required to vaccinate their children and promoted the notion that vaccines themselves are potentially dangerous during a Senate Health Committee hearing.

In his Tuesday address, Paul argued that government-mandated vaccines limit individual liberties – a defense he routinely invokes – and expressed skepticism about the benefits of vaccinating children – a belief that the scientific community claims threats global health in 2019.

"As we contemplate forcing parents to choose this or that vaccine, I think it's important to remember that force is not consistent with the American story. Nor is force consistent with the liberty our forefathers sought when they came to America," Paul said as he read off a paper. "I don't think you have to have one or the other, though. I'm not here to say, ‘Don't vaccinate your kids.’ If this hearing is for persuasion, I'm all for the persuasion. I've vaccinated myself and I've vaccinated my kids. For myself and my children, I believe that the benefits of vaccines greatly outweighing the risks, but I still don't favor giving up on liberty for a false sense of security."

"It is wrong to say that there are no risks to vaccines," the senator said. "Even the government admits that children are sometimes injured by vaccines."

The Center for Disease Control and Prevention (CDC), the American Academy of Pediatrics (AAP), the Health and Medicine Division (HMD) of the National Academies of Science, Engineering and Medicine (formerly the Institute of Medicine) and dozens of other established medical and scientific institutions agree that the benefits of vaccines greatly outweighs the possible – and limited – risks. Many of those who are against vaccinations believe that vaccines cause autism — a myth that has been widely discredited. Even the CDC notes, "there is no link between vaccines and autism."

Additionally, a new study published Monday in the Annals of Internal Medicine debunked the notion that there is a link between the standard measles, mumps and rubella vaccine (MMR) given to children and autism. The latest report confirmed what other scientific sound studies of the subject published in the last 20 years have already confirmed: There is no link between the standard MMR vaccine and rates of autism.

Still, Paul expressed concern that the data collected in the new study of more than 650,000 children was not large enough to provide parents with a compelling case.

"Now proponents of mandatory government vaccination argue that parents who refuse to vaccinate their children risk spreading these diseases to immunocompromised community," he declared. "There doesn't seem to be enough evidence of this happening to be recorded as a statistic."

The Kentucky lawmaker's comments come amid a fiery debate over the growing influence of vocal vaccine deniers on social media and as the worst measles outbreak in decades sweeps across the country, disproportionately affecting minors whose parents have chosen not to vaccinate them against the disease.