Moderate Democrats start to push back against AOC fever

Ocasio-Cortez reportedly threatens mainstream Democrats with primary challenges, and they don't like it 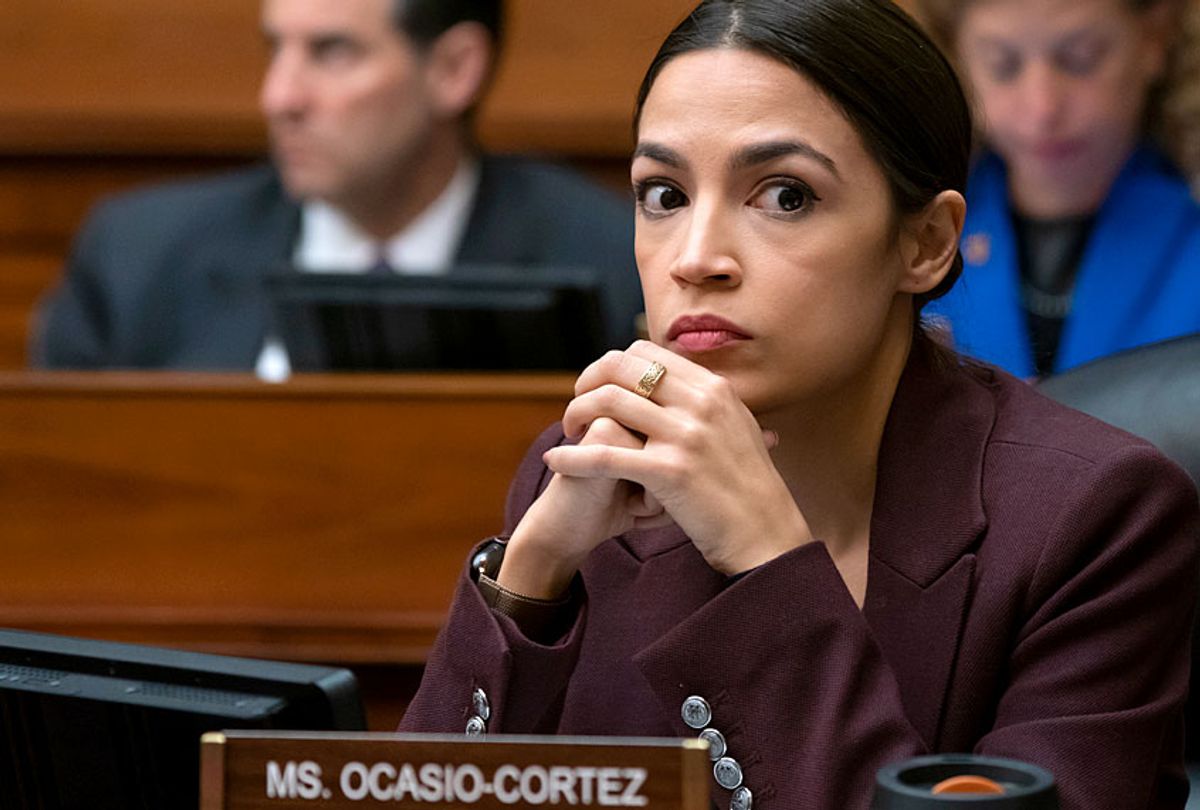 Moderate Democrats are reacting with consternation to the latest report that Rep. Alexandria Ocasio-Cortez, D-N.Y., may consider supporting primary challenges against members of her own party.

The reaction occurred after it was reported that Ocasio-Cortez had warned that some of her colleagues could find themselves "on a list" for being targeted in 2020 primaries after many Democrats supported a Republican amendment that would require undocumented immigrants to be reported to ICE if they try to purchase firearms.

"Being unified means ensuring that Democrats aren’t primary-ing other sitting Democrats. Since when is it okay to put you on a Nixonian list? We need to have a big tent in our party or we won’t keep the House or win the White House," Rep. Josh Gottheimer, D-N.J., told the Washington Post.

After quoting Alabama-based Democratic pollster John Anzalone on how nearly half of Democrats identify as moderate or conservative, CNN's Chris Cillizza wrote:

... here's the problem for the likes of Anzalone and 2020ers like former Colorado Gov. John Hickenlooper, who is running as a pragmatic problem-solver: The energy, activism and, yes, money is all coming from the mad-as-hell-and-not-going-to-take-it-anymore liberal base at the moment. That reality incentivizes candidates — particularly in the presidential race — to run as far left as possible, because it's way over there on the left where they will get what they want in terms of political outcomes.

The real question then is not which part of the party is on the rise — it's the AOC/Bernie Sanders wing for sure — but rather how those moderates and conservatives are treated by the liberals in the party. Will they be driven out as insufficiently loyal to the cause -- as tea party (and Trump) Republicans have done to their own centrist wing over the last decade? Or will liberals find a way to incorporate the views of their more moderate party members as they try to find a candidate who can oust President Donald Trump in 2020?

Ocasio-Cortez has denied that she actually threatened moderate Democrats with being primaried out, tweeting that "I didn’t say that they were putting themselves on a list for primaries. I said that by Dems distinguishing themselves by breaking off on procedural MTR votes, they were inadvertently making a list of targets for the GOP and for progressive advocates on their pro-ICE vote."

Moderate Democrats have also spoken to Salon about their concerns regarding Ocasio-Cortez.

"What's required is somebody who's more likely not to be on the extremes, could be a liberal or conservative, but understands that the way you get something done in Washington, in Congress is to negotiate and compromise, hopefully not on principle, but compromise on how much you can achieve ... in any one piece of legislation," former Sen. Joe Lieberman of Connecticut said during an interview in August.

Former Colorado Gov. John Hickenlooper, who is now a presidential candidate, told Salon, "It's great to have such enthusiasm within the Democratic Party. We need to welcome her ideas and diverse approach to addressing some of our countries biggest challenges. The Democratic Party is a big tent where those who want to dedicate themselves to improving how we govern have a real shot at making a difference."

This isn't the first time that Ocasio-Cortez has alarmed moderate Democrats by her calls for launching primary campaigns against moderate incumbents. She also issued a call for aggressive primary challenges shortly after her election in November. A month later it was reported that she and an allied group called Justice Democrats were looking for a primary challenger to Rep. Hakeem Jeffries, D-N.Y., whose district in Brooklyn and Queens adjoins hers.