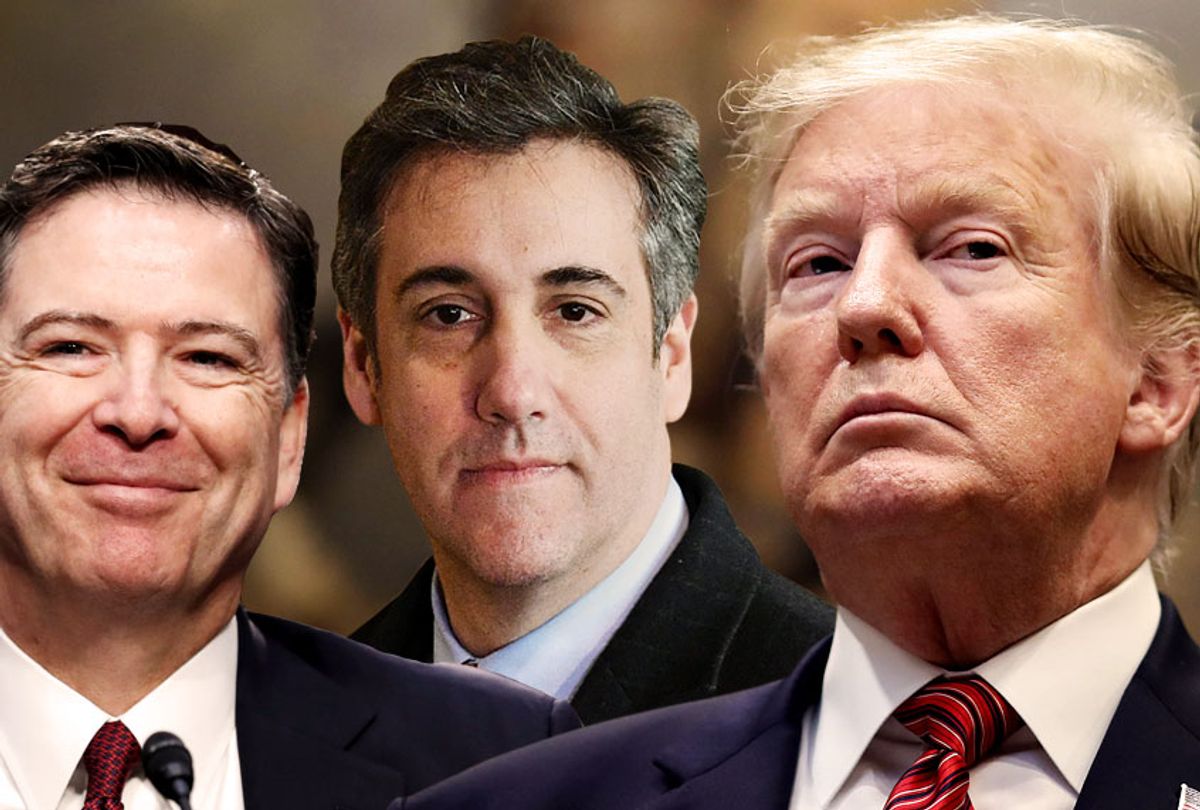 A new report confirms that at least six checks were cut by President Donald Trump to his then-lawyer Michael Cohen in order to cover up his alleged extramarital affairs.

Trump is reported to have cut 11 checks to Cohen in order to facilitate the covering up of his affairs, according to The New York Times.

One check for $35,000 was cut on Oct. 18, 2017, the same day that Trump accused Rep. Frederica Wilson of lying about his phone call to the widow of Sergeant La David Johnson, met with senators to promote his tax cut bill and lost a major legal battle over his Muslim immigration ban.

Another check was cut on the same day that he allegedly met with former FBI Director James Comey and urged him to drop his investigation into Trump's former national security adviser, Michael Flynn.

The Times also reports that the eight checks currently available amounted to $420,000 — seven checks for $35,000 and then an additional check for two months' worth of payments for $70,000. Trump signed six of them while the other two were signed by the Trump Organization's chief financial officer, Allen Weisselberg, and by his eldest son Donald Trump Jr. Federal prosecutors allege that $130,000 from that amount was used to reimburse Cohen for paying hush money to former porn star Stormy Daniels, who Trump allegedly slept with, while another $50,000 was spent on Cohen manipulating online polls on Trump's behalf and $180,000 was "grossed up" to offset taxes that Cohen would have to pay on the original $180,000 (for the Daniels hush money and the polls). A final $60,000 payment was added as a bonus, according to prosecutors.

"The $35,000 is an indication of the quality of that evidence, and it both shows the extent of Trump’s leading role and now leaves little doubt that he faces criminal prosecution after he leaves office for the same offenses for which Cohen will serve time," Robert F. Bauer, a law professor at New York University and former White House counsel for President Barack Obama, told The New York Times. Trump would most likely not have to worry about criminal consequences while in office because the consensus view is that a sitting president cannot be indicted.

It is still unclear how much Cohen knows regarding Trump's alleged crimes and what proof he has to substantiate accusations that he might make. In July, Cohen claimed that he had tapes in which the president discussed breaking the law, which like the checks could be damning to the president if they both exist and come to light.

"I've made my position very, very clear that Lanny Davis and Michael Cohen need to stop screwing around and release any and all tapes right now. Period," Michael Avenatti, Daniels' lawyer, told Salon at the time.