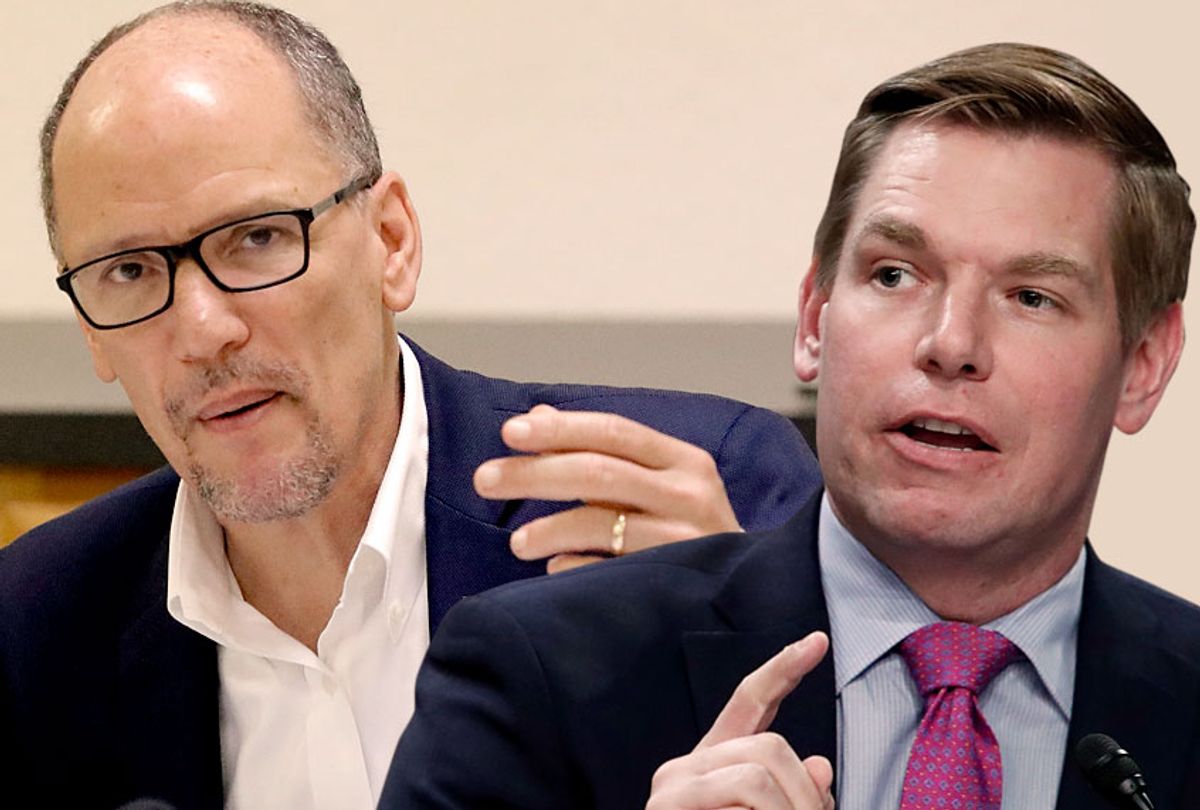 One definite Democratic presidential candidate, and another possible candidate, are speaking out against the Democratic National Committee's decision to not allow Fox News to host any of their party's primary debates.

"I’ve been on nearly every @FoxNews show. I don’t go on because I accept the views of theirs hosts, but because I respect that some of their viewers are open-minded. Viewers like my parents & in-laws for starters. We should talk to them. Getting them on our side will save America," Rep. Eric Swalwell, D-Calif., tweeted on Wednesday.

Former Rep. John Delaney, D-Md., expressed a similar thought, according to a political reporter for ABC.

"As a matter of politics, Democratic candidates should campaign everywhere and that includes talking to voters who watch Fox News," Delaney said.

In an interview with CNN's Chris Cuomo on Wednesday, DNC Chairman Tom Perez offered his reasons for deciding to exclude Fox News.

"Number One: We wanted to maximize the number of people who see our candidates, because I think what we are fighting for commands the respect and support of the majority of the American people. Fighting for health care, fighting for all of those really important issues that every American wants to make sure is part of their live. And so I reached out to all of the networks to make sure we could maximize eyeballs, including Fox News," Perez told Cuomo. "Our second goal, though, is to make sure that every debate that takes place, that I have 100 percent assurance that everybody is treated fairly. And I have respect for a number of folks on the news side over at Fox News — I was just on Chris Wallace a couple of weeks ago, if invited I'll go back again, he's very respected — and I have nothing but respect for him. At the same time, though, Chris Wallace isn't my concern. You see that, at the highest levels of Fox News, they have infiltrated the news side."

Perez then said that Sean Hannity and other higher-ups at Fox News have too close of a relationship with President Donald Trump and cited a report in The New Yorker from last year which claimed that the White House has too close of a relationship with the network. Salon reached out to Fox News and they pointed to previous denials regarding the contents of The New Yorker's article.

"We hope the DNC will reconsider its decision to bar Chris Wallace, Bret Baier and Martha MacCallum, all of whom embody the ultimate journalistic integrity and professionalism, from moderating a Democratic presidential debate," Bill Sammon, Senior Vice President & Managing Editor – Washington at Fox News, said in a statement. "They’re the best debate team in the business and they offer candidates an important opportunity to make their case to the largest TV news audience in America, which includes many persuadable voters."

"That’s really a shame. When it comes to fairness - our news product speaks for itself. We will continue to cover this 2020 race fairly & will continue to invite Democrats- Republicans & Independents on to talk about key issues & substance with our very large viewing audience," Baier wrote on Twitter.

"Our large audience deserves to hear ALL the candidates who are running for the Presidency of the United States. We welcome them all, with our continued commitment to fair, professional journalism. I hope the #DNC will reconsider this decision," MacCallum wrote on her Twitter account.

President Donald Trump also took to Twitter and threatened to give Democrats a taste of their own medicine.

"Democrats just blocked @FoxNews from holding a debate. Good, then I think I’ll do the same thing with the Fake News Networks and the Radical Left Democrats in the General Election debates!" Trump wrote.