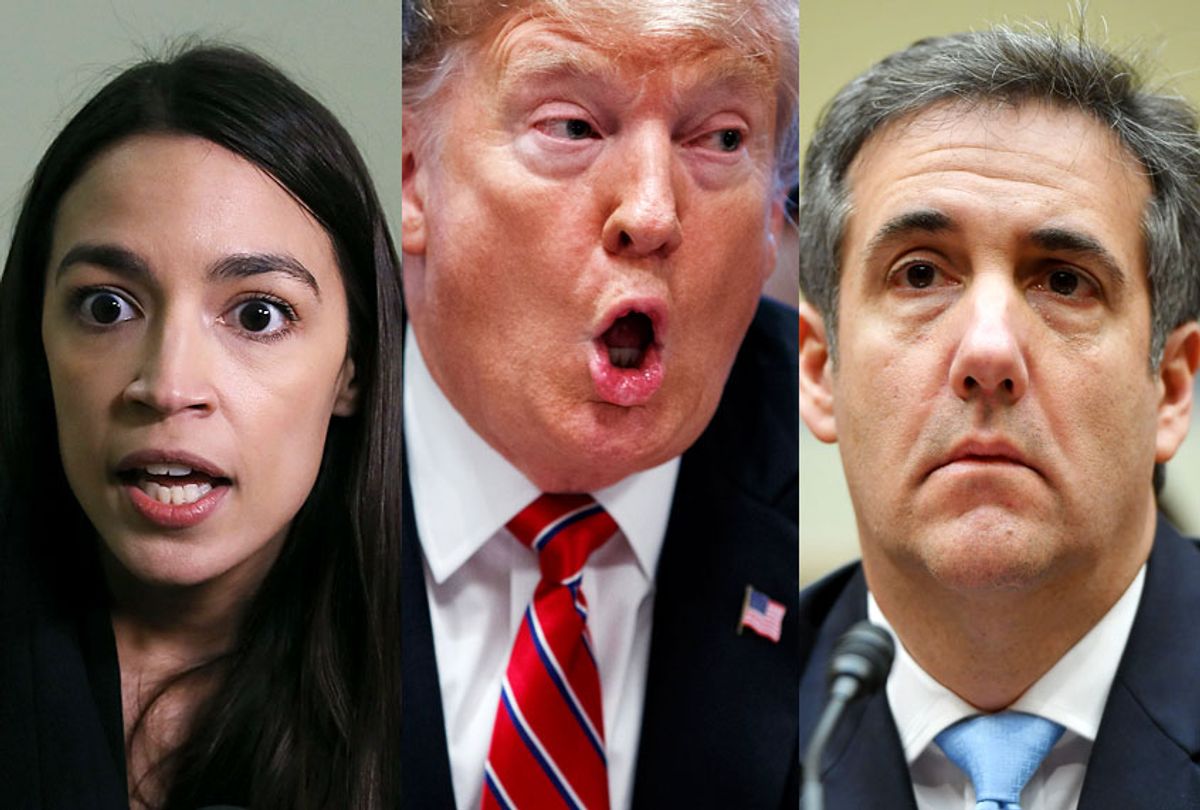 When Rep. Alexandria Ocasio-Cortez, D-N.Y., questioned former lawyer Michael Cohen about his knowledge of President Donald Trump's financial history, she may have laid the groundwork for future prosecution of the president.

State regulators from New York have subpoenaed documents from the Trump Organization's insurance broker, Aon PLC, with the company's spokeswoman saying that they intend to "cooperate with all regulatory bodies," according to The Washington Post. While it is unclear whether there is a direct correlation between the subpoenas and Ocasio-Cortez's line of questioning, her inquiries certainly built up a case toward looking into Trump's background.

"I want to ask a little bit about your conversation with my colleague from Missouri about asset inflation. To your knowledge, did the president ever provide inflated assets to an insurance company?" Ocasio-Cortez asked Cohen, according to a transcript by Esquire. When Cohen confirmed that this was the case, Ocasio-Cortez pressed further.

"Who else knows that the president did this?" the New York congresswoman asked. Cohen replied, "Allen Weisselberg, Ron Lieberman and Matthew Calamari."

Ocasio-Cortez followed up by asking, "And where would the committee find more information on this? Do you think we need to review his financial statements and his tax returns in order to compare them?"

"Yes, and you would find it at the Trump Org," Cohen responded.

According to Laurence H. Tribe, the Carl M. Loeb University Professor and Professor of Constitutional Law at Harvard, "it appears that Donald Trump made a practice of wildly exaggerating his wealth and the supposed business acumen that enabled him to amass it."

Tribe told Salon, "Although there are no legal and especially criminal consequences to that kind of exaggeration on reality television or in talking to journalists at places like Forbes in order to cheat one’s way onto various lists of the wealthiest people around, there are very serious criminal consequences indeed when such lies, in the form of fraudulent financial statements, are used either to extract loans from banks or to obtain insurance on favorable terms from various insurance companies."

He added, "It certainly looks like Michael Cohen’s sworn testimony to that effect – which he had no apparent motive to falsify and which, if false, would expose him to added federal imprisonment – points to criminal liability on the president’s part. I assume that both the federal prosecutors of the Southern District of New York and the prosecutors of the New York State Attorney General’s Office will pursue the truth to see whether Cohen’s testimony pans out and, if it does, to see whether the relevant statutes of limitations have run."