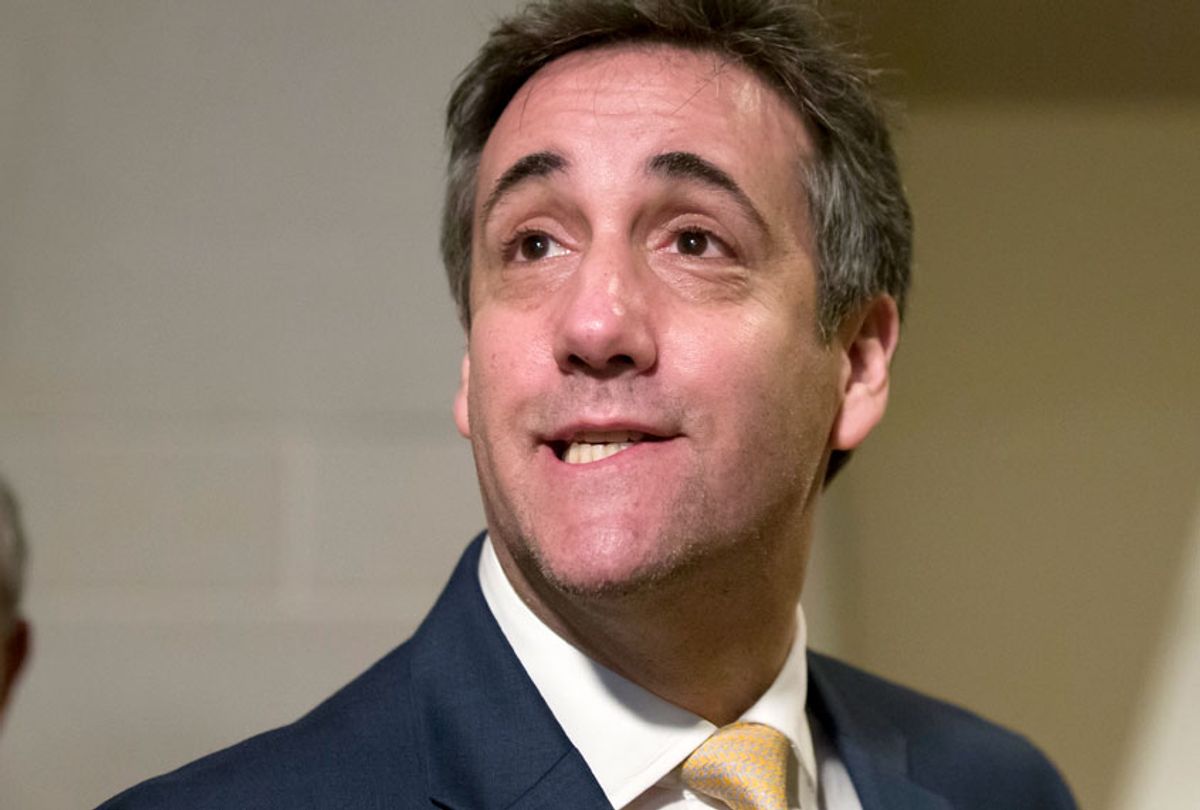 Michael Cohen, President Donald Trump's former lawyer and fixer, is submitting new documents to the House Intelligence Committee to revise incorrect statements that he had made two years ago.

The impetus behind Cohen's revisions is that he claimed he had submitted false testimony to the Senate and House of Representatives in 2017 because changes had been made to the written documents by Trump's then-lawyer Jay Sekulow and Abbe Lowell, a lawyer for Ivanka Trump and Jared Kushner, as well as other lawyers, according to CNN. Although Cohen had been expected to report to prison on Wednesday to begin a three-year sentence for lying to Congress, tax evasion and other tax crimes, that sentence was postponed to May 6 while Cohen continues to assist Congress on its investigations.

"There were changes made, additions — Jay Sekulow, for one. There were several changes that were made including how we were going to handle that message, which was — the message of course being — the length of time that the Trump Tower Moscow project stayed and remained alive," Cohen testified last week while alleging that his original testimony had been changed. In response, Sekulow issued a statement claiming that "testimony by Michael Cohen that attorneys for the President edited or changed his statement to Congress to alter the duration of the Trump Tower Moscow negotiations is completely false."

Cohen also claimed that the president ordered him to lie to Congress, although he made it clear that this was done through indirect rather than direct instructions.

"He doesn't tell you what he wants. What he does is again, 'Michael, there's no Russia, there's no collusion, there's no involvement, there's no interference.' I know what he means because I've been around him for so long. That's the message that he wanted to reinforce," Cohen testified.

While it is unclear which aspects of his original testimony are going to be corrected, at least part of Cohen's new testimony has been confirmed. The New York Times reported on Wednesday that it had verified the existence of some of the checks that Cohen claimed had been written out to him as reimbursement for the hush money he paid to cover up Trump's alleged extramarital affairs.

Republicans have been incensed by the House investigations, claiming that the Democrats have excluded them from important meetings and that Cohen's answers may have been coached. Harvard law professor Alan Dershowitz recently told Fox News' Sean Hannity that he believes Congress has exceeded its legitimate responsibilities.

"Congress has a legitimate oversight function to perform," Dershowitz told Hannity, according to Newsweek.