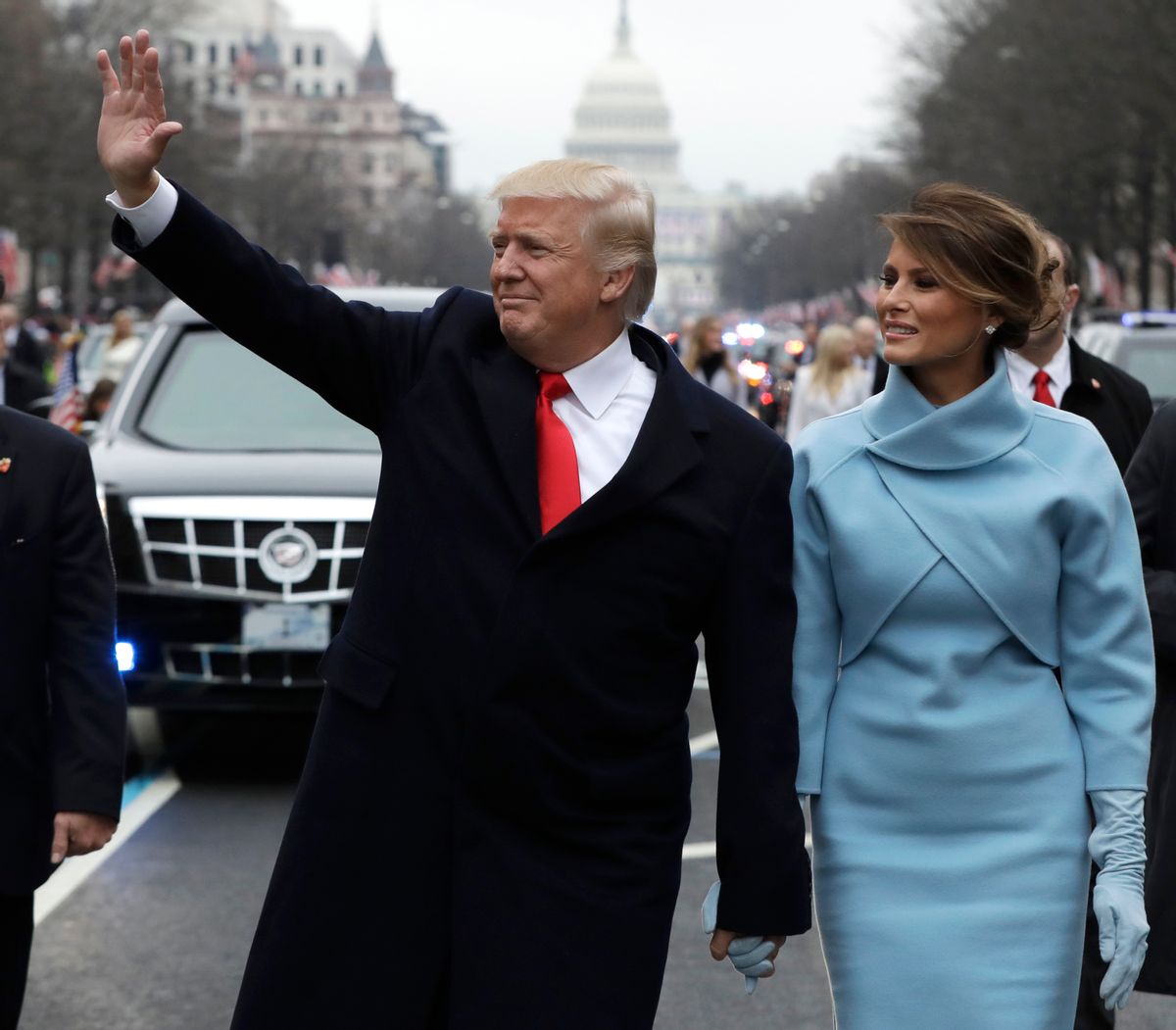 FILE- In this Jan. 20, 2017, file photo, President Donald Trump waves as he walks with first lady Melania Trump during the inauguration parade on Pennsylvania Avenue in Washington. Trump raised $107 million for his inaugural festivities. Trump’s inaugural committee is due to file information about those donors with the Federal Election Commission and said it would do so on Tuesday, April 18. (AP Photo/Evan Vucci, Pool, File) (AP)
--

With President Donald Trump’s inaugural committee being the subject of various investigations at the state and federal levels, White House Press Secretary Sarah Huckabee Sanders has vehemently denied that the president himself had any involvement in the committee. But according to a new report by Bloomberg News, Trump was actively involved in planning the event and discussed it with the inaugural committee’s chairman, Tom Barrack.

Trump’s concern over whether or not the Rockettes would perform, Melby reports, would be “unremarkable” were it not for Sanders’ assertions that Trump had no involvement with the inaugural committee. Citing three anonymous sources, Melby reports that Trump “registered his opinion on inaugural plans big and small, from allocation of broadcasting rights to procurement of tablecloths.” Bloomberg News’ sources, Melby reports, said that “Barrack would frequently call Trump so he could weigh in” on inaugural activities “when questions arose.”

Sanders, however, has emphasized that “the biggest thing the president did” for his inauguration “was to come here and raise his hand and take the oath of office. The president was focused on the transition during that time and not on any of the planning for the inauguration.”

On March 4, Democratic Rep. Jerrold Nadler—chairman of the House Judiciary Committee—sent a letter to Barrack and many others as part of a broad investigation of Trump and his associates. And the letter Barrack received was accompanied by a request for documents pertaining to the inaugural committee’s activities. Altogether, more than 80 people or entities have received document requests as part of the House Judiciary Committee’s new Trump-related investigation.

During the inaugural planning, Melby reports, Barrack was assisted by former Trump campaign aide Rick Gates—who was once a business partner of Trump’s former campaign manager, Paul Manafort. Both Gates and Manafort have faced criminal charges as a result of Special Counsel Robert Mueller’s Russia investigation, and Gates (who agreed to cooperate fully with Mueller’s team and the U.S. Justice Department) became federal prosecutors’ star witness at Manafort’s criminal trial in Alexandria, Virginia during the Summer of 2018. Jurors in Alexandria convicted Manafort on eight criminal counts, including bank fraud and tax evasion.