While the judge ruled in Trump's favor, Daniels' lawyer says his client won because she's free to talk about Trump 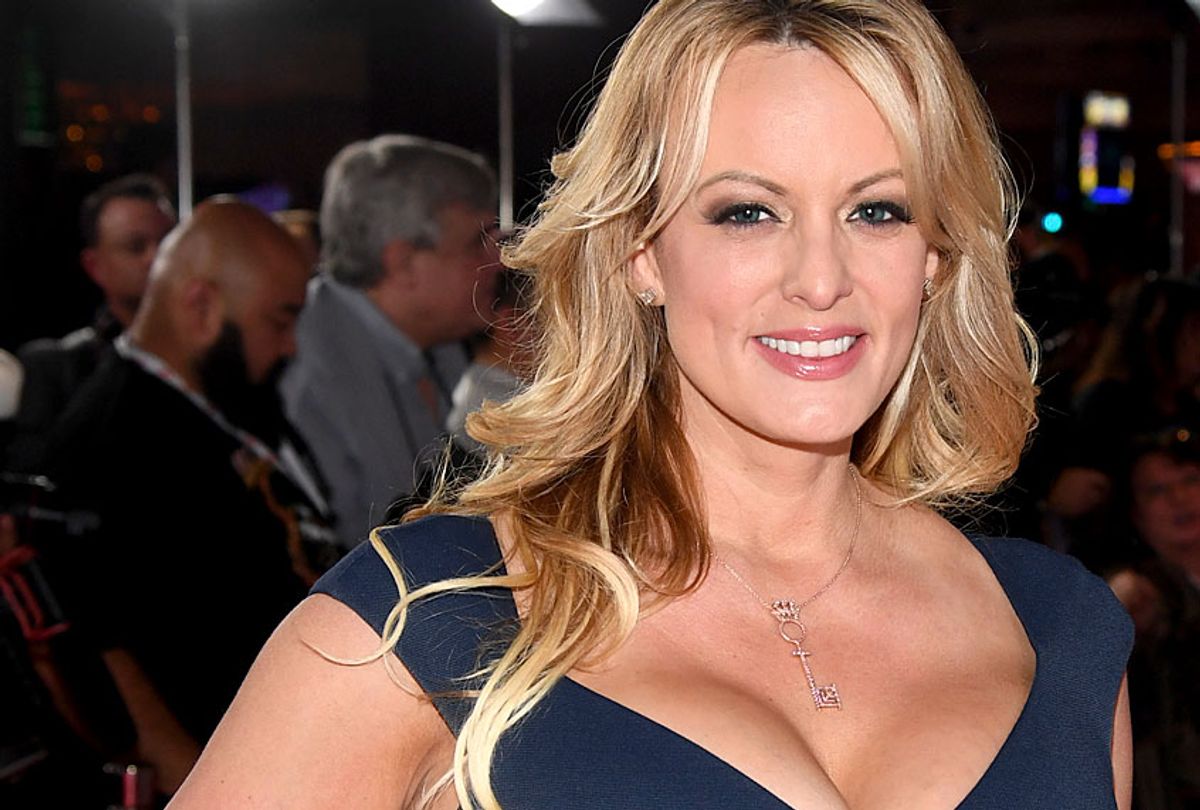 A federal judge in Los Angeles on Thursday dismissed a lawsuit brought by adult film star Stormy Daniels to end a non-disclosure agreement she had with President Donald Trump, court documents reveal.

U.S. District Judge James Otero said the lawsuit, which sought to annul the $130,000 payment that kept Daniels from speaking publicly about an alleged affair she says she had with Trump ahead of the 2016 election, "lacks subject matter jurisdiction" and should be sent back to the California Superior Court, where it was first filed. Otero, in that way, made it clear the case was over.

Daniels has claimed she had an affair with Trump in 2006, after he married first lady Melania Trump and she gave birth to their son, Barron. The president has denied having an affair with Daniels.

Trump's former personal lawyer and "fixer" Michael Cohen claimed he arranged the nondisclosure agreement and paid Daniels $130,000 during the 2016 presidential campaign in exchange for her silence about the alleged affair with Trump. Cohen pleaded guilty to campaign finance charges last year and revealed that he paid the adult film actress "in coordination and at the direction of a candidate for federal office," referring to Trump, "for the principal purpose of influencing the election" for president in 2016. Cohen has since said the candidate was Trump.

Cohen was sentenced to three years in prison in December for financial crimes, lying to Congress and campaign finance violations related to his role in buying the silence of women who alleged affairs with Trump, including Daniels. Trump has denied having affairs with the women.

Otero is the same judge who also dismissed Daniels' separate defamation lawsuit against Trump and Cohen in October. Daniels sued Trump for defamation after he mocked her on Twitter last April after the entertainer alleged she was threatened in 2011 in a Las Vegas parking lot to keep quiet about her alleged affair with Trump. Otero ruled that Trump's tweet was "rhetorical hyperbole" – not defamation – and his statement consisted of protected speech under the First Amendment. Otero also ordered Daniels to pay the president's nearly $300,000 in legal fees.

Daniels told CBS' "60 Minutes" in March 2018 that she was approached by a strange man in a Las Vegas parking lot in 2011 while she was with her daughter. She claimed a man walked up to her and said, "Leave Trump alone. Forget the story," and looked at her infant daughter and said, "That's a beautiful little girl. It'd be a shame if something happened to her mom."

Daniels' attorney Michael Avenatti said the adult film actress wanted Otero to rule that Trump and Cohen's actions were illegal and violate campaign finance law. The $130,000 payment to Daniels is considered by the government to be an illegal donation to Trump's campaign since it was intended to improve Trump's election chances. The legal limit for individual contributions is $2,700 in a general election. Trump has previously insisted that the hush-money payments to women were "a simple private transaction" rather than a violation of campaign finance law. He also said that even if the hush-money payments were campaign transactions, any failure to obey federal election regulations should be considered only a civil offense — not a criminal one.

Despite the case being dismissed in Trump's favor, Avenatti told CNN that Daniels ultimately won because she is now free to talk about Trump as much as she wants without being sued. "The court found that Ms. Daniels received everything she asked for by way of the lawsuit — she won," Avenatti said.