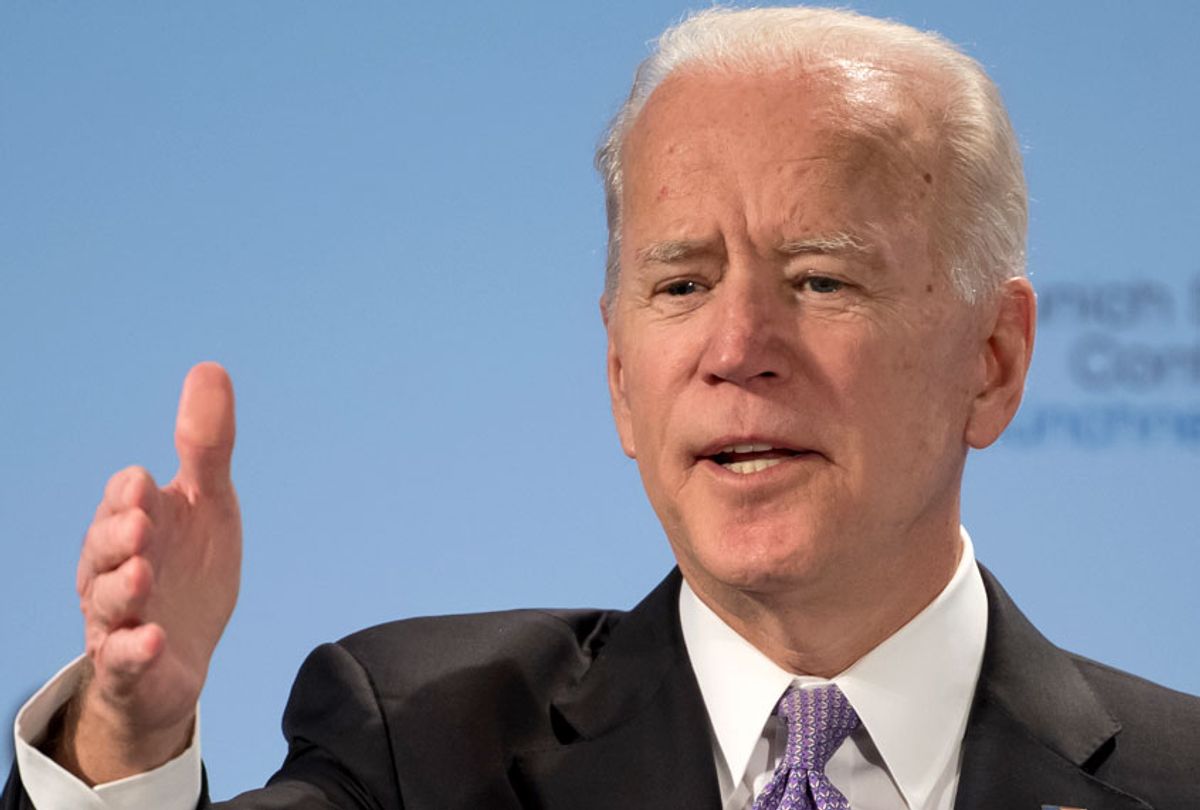 Former Vice President Joe Biden has been at or near the top of virtually every early poll taken of the prospective 2020 Democratic primary field. But his status as the presumptive frontrunner (Biden is expected to declare his candidacy soon) is coming under attack, partly renewed attention to some of his more controversial past positions.

As a U.S. senator from Delaware in 1993, Biden delivered a speech in support of the Senate's version of the Violent Crime Control and Law Enforcement Act by using disparaging epithets understood by many as racially charged. In that address, Biden warned of "predators on our streets" who were "beyond the pale."

"We have predators on our streets that society has in fact, in part because of its neglect, created," Biden claimed in the address. He later added that those "beyond the pale" individuals were lost causes: "It's a sad commentary on society. We have no choice but to take them out of society."

He continued by saying that "we should focus on them now ... if we don't, they will, or a portion of them, will become the predators 15 years from now." Whatever personal situations had created these "predators," Biden concluded, they had to be kept "away from my mother, your husband, our families."

This isn't the only area of policy where Biden's background may appear out of step with the Democratic Party of 2019. In the 1970s and 1980s he opposed antitrust legislation that could have applied to Coca-Cola, opposed school integration legislation, sided with Ronald Reagan on a tax bill that reduced the top income tax rate from 70 percent to 50 percent, supported a spending freeze on Social Security, supported welfare reform and backed Bill Clinton's sweeping agenda of financial deregulation.

Biden even claimed in 1974 that the landmark Supreme Court decision Roe v. Wade "went too far" and said he did not "think that a woman has the sole right to say what should happen to her body." (In subsequent decades, Biden has defined himself as pro-choice and voted to uphold abortion rights.)

At least some potential Democratic voters have taken notice of Biden's past.

"I think we need a bold, strong leadership, and you’ll find that in the progressives," one Democratic voter said during a recent CNN focus group.

Another voter in the group concurred, saying, "We had the standard-bearer for the kind of pragmatic centrist candidate in Hillary Clinton in 2016 and Donald Trump is now president. He is not your average political candidate, so we really need to try to think outside the box because, you know, it seems like the dude is made of rubber. Anything you throw at him just bounces off, there’s nothing that sticks."