Former Texas Rep. Beto O'Rourke announced that he is running for president on Thursday 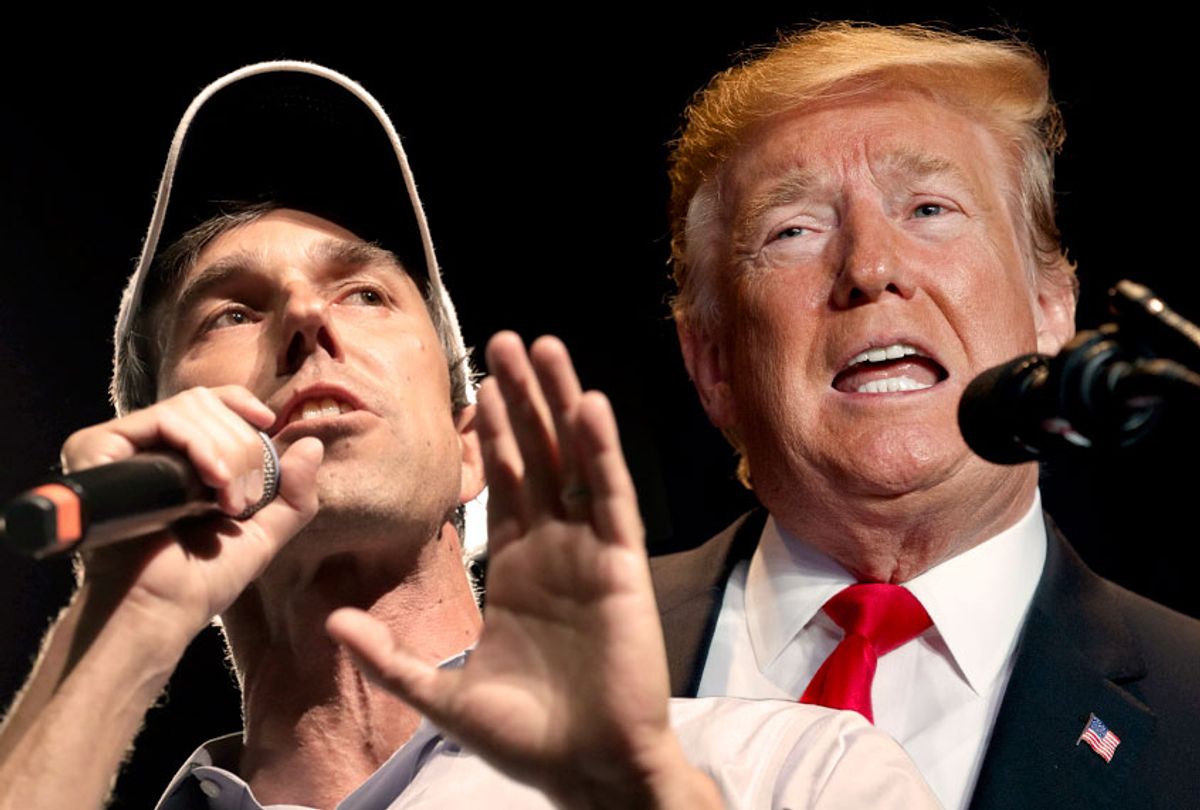 Former Rep. Beto O'Rourke of Texas officially announced on Thursday that he is seeking the Democratic presidential nomination in 2020.

"This is going to be a positive campaign that seeks to bring out the very best from every single one of us, that seeks to unite a very divided country. We saw the power of this in Texas," O'Rourke said in his announcement video, according to the Associated Press. He also issued a promise to voters who might support him, stating in a promise that "I’m going to travel this country and listen to those I seek to serve."

O'Rourke's main appeal could also be his chief drawback — namely, the fact that he ran a nearly-successful campaign to oust Republican Sen. Ted Cruz in the last election cycle. Because O'Rourke came within three points of defeating Cruz, and raised an unprecedented amount of money while doing it, his nomination could throw the traditionally Republican state into contention during the general election. On the other hand, O'Rourke still wound up losing to Cruz, and it has been more than a century-and-a-half since a former congressman who lost a major Senate race was elected to the presidency. That candidate, of course, was Abraham Lincoln, an Illinois congressman who lost the 1858 Senate election to Stephen Douglas before defeating Douglas two years later in the 1860 presidential contest.

Yet although O'Rourke has been a Democratic Party establishment favorite for the 2020 contest, there are concerns about whether he could actually be nominated. As the party continues to move to the left, O'Rourke's comparatively conservative voting record could be held against him. During his career as a congressman, O'Rourke has cut a more moderate image and voted with Republicans on weakening the Affordable Care Act, supporting the fossil fuel industry, backing President Donald Trump on immigration issues and deregulating Wall Street. While on some occasions he did this in order to be perceived as a moderate by his fellow Texans, he often voted in different ways than most of his fellow Texas Democrats.

"There’s a lot in O'Rourke's record we’re wary of," said Janet Redman, Climate Director at Greenpeace USA. "[M]ost notably his comment during a Senate debate last year that it's a false choice between fossil fuels and renewable energy. It’s easy for politicians to simply acknowledge the existence of climate change in public remarks, the same way it’s easy to talk up solar panels. What’s harder is a real plan that acknowledges the urgency of the crisis, including a detailed vision for how to stand up to the fossil fuel industry in transitioning to a 100% clean energy economy. We hope to see that from Beto O'Rourke in the coming weeks.”

In general, O'Rourke's entry into the race could be perceived as pitting him against former Vice President Joe Biden for the mantle of leader of the Third Way, New Democrat approach to winning elections, one that is preferred by moderate Democrats and the business community. The mantle of leading the progressive faction, by contrast, appears to be led by Sens. Bernie Sanders of Vermont and Elizabeth Warren of Massachusetts.

Republicans are clearly concerned that O'Rourke could pose a threat to Trump, as indicated by an ad released by the conservative group Club for Growth earlier this week. The spot attempts to dissuade progressive Democrats from supporting O'Rourke by arguing that "progressives say Beto's bizarre campaign rollout drips with white male privilege" and concluding that "with a charmed life like his, you can never really lose. That's why Beto is running for president — because he can."