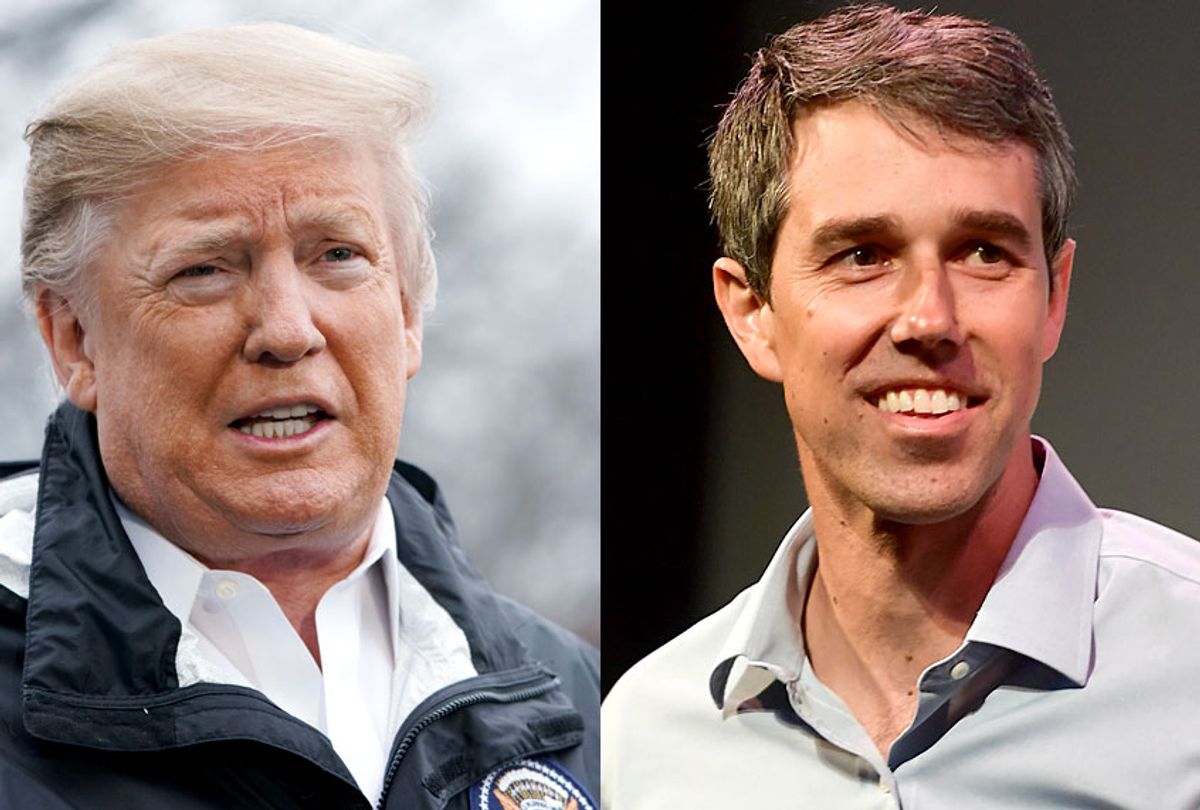 The Club for Growth, a conservative anti-tax group that supports President Trump's re-election, is waging a not-so-stealthy propaganda campaign against former Rep. Beto O'Rourke in an obvious attempt to sabotage his chances in the Iowa caucuses early next year.

In a TV spot called "Pedigree," Club for Growth attacks O'Rourke as a privileged white male who is out of touch with the progressive values of the Democratic Party base, according to Politico. The spot denounces O'Rourke as "born with a blue-blood pedigree" and thus unworthy of being compared to Barack Obama. It claims that O'Rourke's father-in-law is a "billionaire real estate developer who bankrolled a Super PAC to buy Beto a congressional seat."

The ad also claims that, O'Rourke supported bulldozing a Hispanic neighborhood as a local elected official in El Paso, and it draws attention to sexist comments he made about women years ago. It also specifically calls him out for white male privilege, not normally an issue that would attract the interest of Club for Growth or its allies. For example, it alleges that O'Rourke escaped serious punishment for a drunk-driving arrest while people of color are disproportionately incarcerated.

"Progressives say Beto's bizarre campaign rollout drips with white male privilege," the ad intones, quoting a CNN article from January. "With a charmed life like his, you can never really lose. That's why Beto is running for president — because he can," the spot concludes.

Club for Growth president David McIntosh, a former Republican congressman from Indiana, told Politico that the group is targeting O'Rourke ahead of his expected campaign announcement because it is concerned he could pose a threat to Trump.

"We watched what he did in Texas in the race against Cruz and realized his potential within the Democratic primary system is enormously larger than what people are giving him credit for right now. We realized, here is a real potential threat because if he is the nominee then Texas suddenly is in play," McIntosh explained.

To be fair, Club for Growth isn't breaking any new ground in depicting O'Rourke as lacking in progressive credentials. Ever since his narrow loss to Sen. Ted Cruz in November, O'Rourke has been seen as a presidential prospect, and his legacy has become controversial. Various articles have addressed his voting record in Congress, which by most measures is more conservative than most House Democrats. But as the Draft Beto movement launched by a group of Democratic operatives makes clear, O'Rourke is widely perceived as a viable 2020 contender and a potent threat to Trump.

Most notably, O'Rourke held a rally in his hometown last month that drew media attention away from a Trump rally being held nearby -- and O'Rourke's rally likely attracted a larger audience. During that event, which O'Rourke dubbed the "March for Truth," O'Rourke decried Trump's characterization of El Paso as a city plagued by crime due to immigration, pointing out that "El Paso has been the safest city in the United States of America not in spite of the fact that we’re a city of immigrants but because we are a city of immigrants."